Aqours’ Second Tour Will be Screened in U.S. Theaters 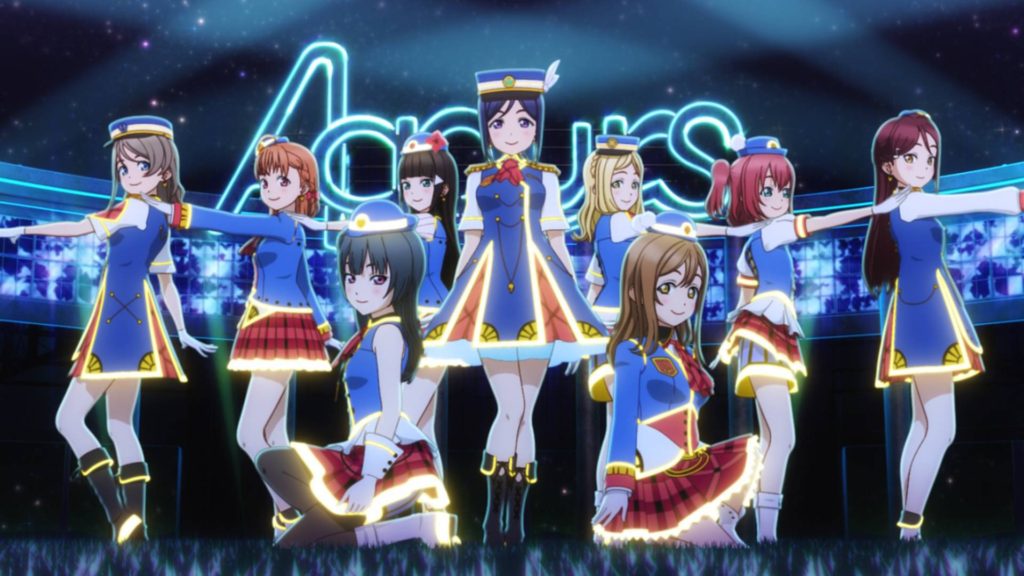 Fan participation is such a vastly-important aspect in the world of idols. For large groups like Akihabara’s AKB48, the song and dance go something like this; buy CDs to make your favorite idol the most attractive, acquire tickets for in-person handshake events, attend concerts on the daily at AKB’s specially-built theater. After all, the whole concept developed around the idea of “idols you can meet.”

When the idea went 2D (or rather, 2.5D), the aspect of fan participation was very purposefully and meticulously adapted. In addition to actually being able to attend very real concerts featuring the genuine talent behind the characters of the anime, fans have a strong arm in much of the decision making processes. Taking “Love Live!” as a prime example, and in particular with the recent second series “Sunshine!!,” fans themselves voted on the group’s name of Aqours and determined names of the group’s sub units similarly.

Until recently, this was very much something that fans could only experience if they were within Japan. Thanks to both the passion of overseas fans and the efforts a few companies looking to expand the reaches of the ani-idol world even further, however, being an “idol otaku” is a more inclusive experience than ever before. And I’m totally all for that.

In a one-day theater event across the United States on October 14, Azoland Pictures will screen a recorded version of Aqour‘s second full live experience, the Aqours 2nd Love Live! HAPPY TRAIN PARTY TOUR. There’s a full nationwide theater list that’s available, and you can check that out to find your nearest venue at the official website here.

Fourteen states across the United States are on the list, so there is a good chance that there will be something relatively close to you.

Similar to both actual concerts and other live-viewing events hosted in Japan, fans are encouraged to come out and make some noise — cheering, waving of penlights and wotageing are all encouraged.

This event is not unprecedented, as the U.S. also received screenings five screenings of the first live, Aqours First LoveLive! ~Step! ZERO to ONE~. The increased number of theaters for this second tour speaks volumes about not only the franchise’s success but also to the power of community within idol fandom as well.

Aqours themselves have yet to hold full performances outside of Japan, but other idol groups, including their predecessor μ’s, have found great success in doing so. And hey, the girls have already received multiple warm welcomes from the meet and greet events at Los Angeles’ own Anime Expo.  I believe it’s only a matter of time before fans the world over will get to participate in the full live experience in their home countries.

‘Love Live! Sunshine!!’ To Get an Escape Room, of all Things

Love Live! Looks to Bridge the World Through Idol Anime