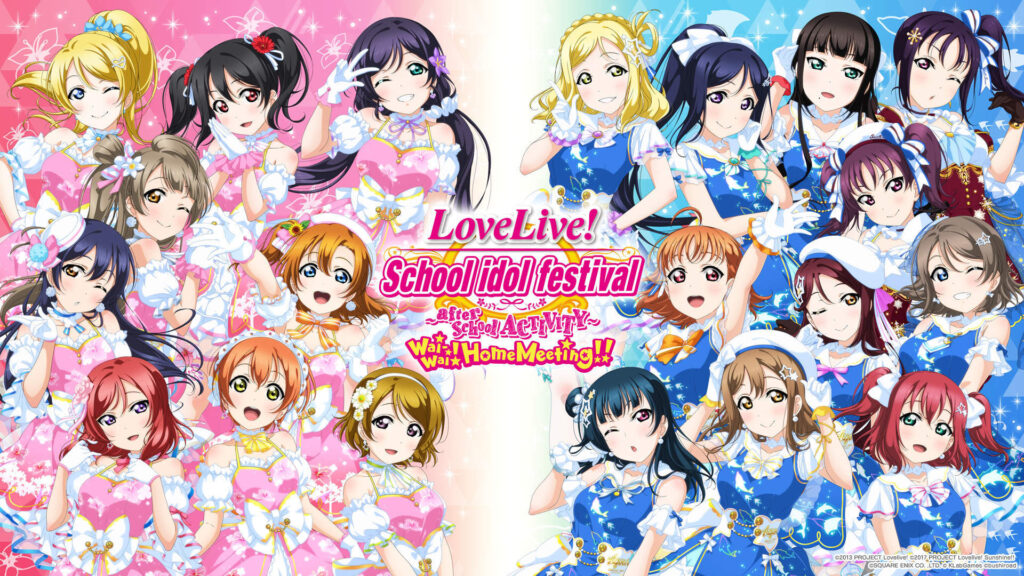 Having found moderate success when it first launched, the two things that truly launched the Love Live franchise into the mainstream consciousness were the premiere of the first season of the anime and the massively popular mobile rhythm game that launched in 2013. Thanks to these two projects, Love Live became a phenomenon and gave the series the avenues needed to expand with further music groups like Aquors, figures, an arcade game based on the mobile rhythm game, and more.

This Love Live arcade game has now made its way to home consoles via the PS4 thanks to the work of the game’s arcade distributor, Square Enix, and it’s even free-to-play! But is it worth your time? 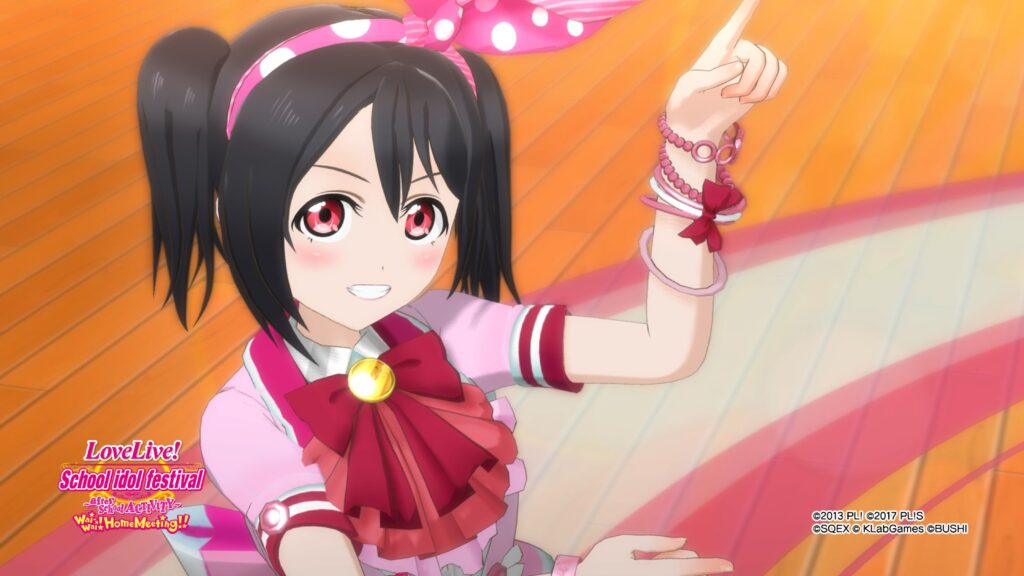 Love Live! School Idol Festival ~after school ACTIVITY~ Wai-Wai! Home Meeting!! (something I will be referring to as ‘Love Live PS4′ from now on) is a console port of the arcade game of the same name, minus the final Home Meeting subtitle. This game brought the mobile rhythm game experience to arcades with at-the-time new 3D performances accompanying the familiar gameplay, replicated thanks to a dedicated 9-button control scheme. Even the gacha elements made a return, albeit without the gambling, as collectible cards could be used for costumes that could be scanned in as you play.

Having ended updates for the arcade version in November, Love Live PS4 is a port with all the content from the now-concluded arcade game with English-language support. All the cards are included digitally, and the game has been adapted for the Dualshock controller with new rhythm maps specifically designed for the console.

These maps forego the traditional 9-button rhythm maps for varied maps based on difficulty, although those wanting the original arcade maps can find them here as well (perfect for the game’s super-fans who may even possess a replica of the arcade cabinet’s control scheme). This is all packaged together with neat bonus features, like a promotional image archive and a feature to create long playlists to watch or perform. 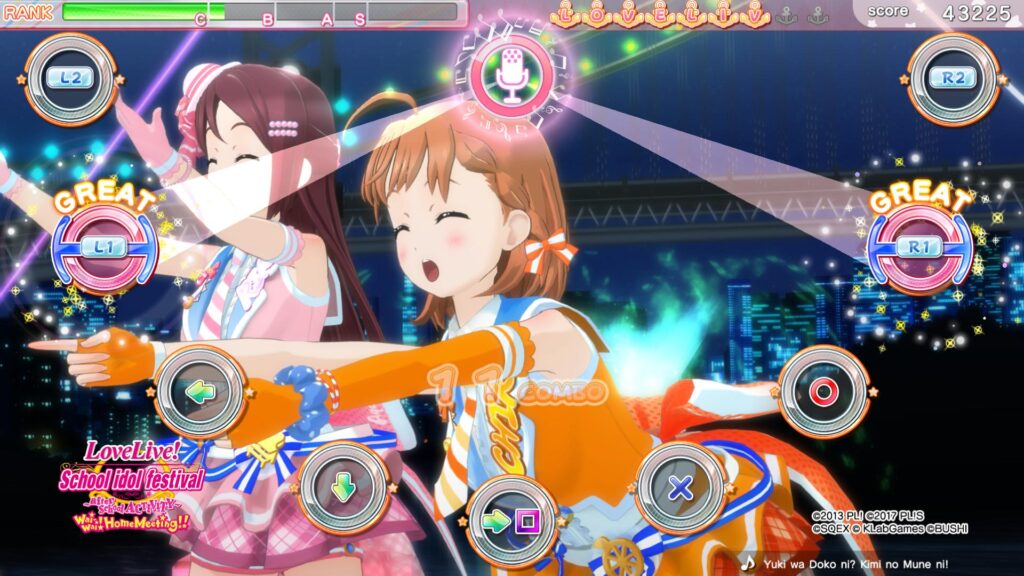 Without the dedicated control scheme that was made to adapt the mobile game to arcades, Love Live on PS4 has a steep learning curve. Buttons on the controller match the semi-circle formation on the screen which is helpfully marked with button prompts, but it feels unintuitive and takes a lot of getting used to, especially in 9-button maps where both trigger buttons on either side of the controller are in play. Even as a proud rhythm game veteran, I was forced to lower the difficulty and in no way consider myself ready for the hardest difficulties. However, as much as I want to criticize this, the game eloquently captures the satisfaction of success when you nail a combo that leaves you wanting to improve, if you can get past this hurdle.

That being said, I’m not sure I could recommend anyone but diehard fans pick up Love Live on PS4. While a superfan spending hours in an arcade could spend more on the machine alone than the cost of the DLC, it pales in comparison to the value of other console rhythm games. Only eight songs from the 117-song lineup are available for free, with the rest being sold within 21 DLC song packs ranging from $9-20, putting an over-$300 price-tag on the game for all the songs. You’ll still have to grind materials for costumes on top, unless you pay for those, too. 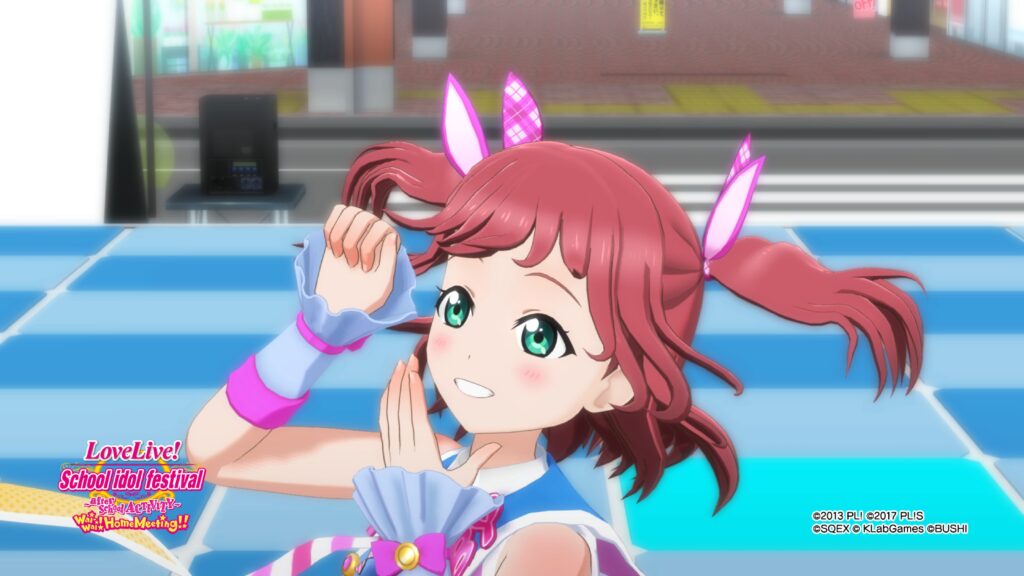 While the music and gameplay is fun and appealing enough to engage all audiences, its pricing structure dooms the free-to-play game to be a title solely for super-fans or those with very deep pockets. To argue that $300 is justifiable for a rhythm game, when 1/5 of that price can offer the same amount of content or more from Hatsune Miku: Project Diva, Taiko no Tatsujin and more, is simply not acceptable.

With the arcade version winding down, this could have been an opportunity to find a new audience beyond the limited arcade and franchise crowd, particularly following the international release, but it won’t do that with this pricing structure.