Lucy and the Ultra Violent, Yet Tragic World of Elfen Lied 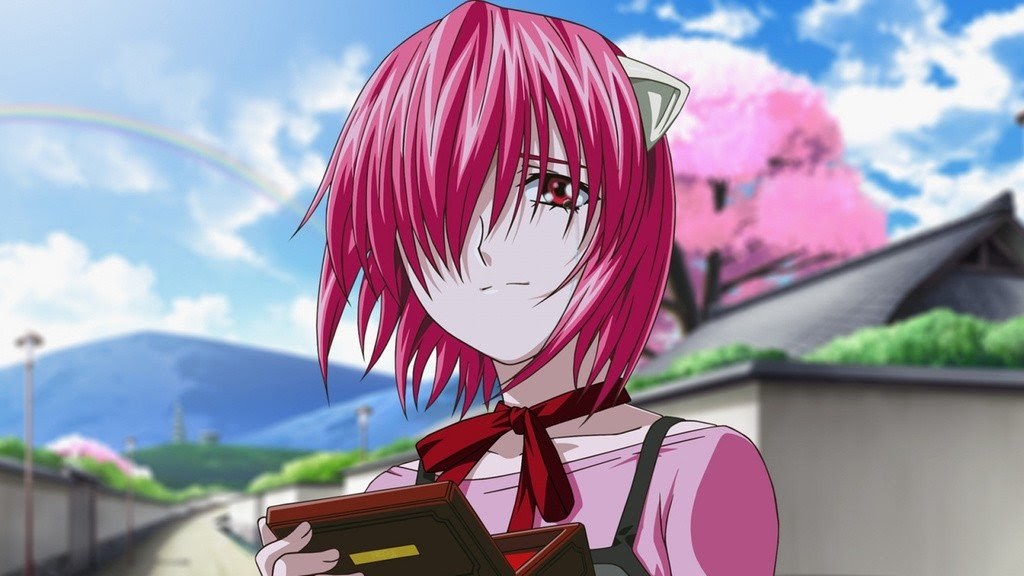 When I first started watching anime, there were a few popular opinions I learned regarding some of the most popular series in the medium: Samurai Champloo and Nujabes were cool together, Neon Genesis Evangelion was confusing, and Elfen Lied was a super violent, gory, horror anime and you can tell by the first scene.

While I would watch Samurai Champloo and become a fan of its soundtrack, and I would give the classic Neon Genesis Evangelion and all things related a watch (and boy did that leave me confused), I was hesitant to approach Elfen Lied. As much as I like and am attracted to horror-related media, I also prefer to consume any said media during the day with bright sunlight pouring into my room.

My curiosity would get the better of me as everyone I knew either liked it or criticized it for being overly gory just for the sake of being gory. For me it was hyped up to be the bloodiest high speed sci-fi TV series I could watch. Certainly something unlike anything else in the United States or even other anime. Elfen Lied was a hallmark in the world of anime and I just had to watch it so I could form my own opinion on it.

It also probably helped that I had just watched Mirai Nikki and figured I should keep this “cute but horribly damaged and violently dangerous pink-haired girl” train going.

What I learned from watching Elfen Lied is that it is a controversial anime for far more reasons than its violence. Although the gore and violence are a major component, there are many themes and taboos that are challenged and explored, some of which can make its audience uncomfortable. I went in with expectations of a simple story and unnecessary violence, and I came out of it with a different view on life. Not unlike Neon Genesis Evangelion, I believe this is a series that can change a person.

As there are most certainly going to be spoilers throughout, I’d like to list out where you can stream the anime and get a hold of the manga to read the original source material. The anime would run concurrently with the manga and of course, catch up and create its own original ending. My personal opinion is that the manga has a better conclusion, but the famous ending to the anime isn’t bad at all (unresolved plot threads aside).

Where to Watch the Anime and Read the Manga Series

The 13-episode anime adaptation of Elfen Lied can be watched on Hulu with the Japanese dub, while the English dub is available on Amazon Prime Video if you have a Prime subscription. The entire series is available with both dubs on VRV if you have a HIDIVE subscription, as is the OVA special (commonly called “10.5” as it takes place between episodes 10 and 11).

For those of you that are collectors it’ll help to know that Rightstuf has the steelbook Blu-Ray set that includes the entire series plus extra goodies such as a 20 page booklet and the soundtrack. If you’d prefer to read the manga, Rightstuf has the volumes bundled in an omnibus form.

Kaede/Lucy/Nyu – A member of the Diclonius species, she was captured after years of being on the run as a child. Although her name was Kaede, the Diclonius Research Institute would name her “Lucy.”

A brutal escape and a near-fatal wound lead to her falling into the ocean. She survives but develops temporary amnesia and a nearly opposite split personality, who would become known as “Nyu” (as that was the only sound this childlike personality knew how to make).

Kouta – An amnesiac with a traumatic past which breaches the surface occasionally. He moves in with his cousin so he can attend a nearby college. He finds himself surrounded by many girls that remind him (subconsciously or not) of his younger sister, who passed away in an “incident”.

Yuka – The cousin of Kouta, who moves in with him at the Maple House. She was close to him as a kid, and both of them held romantic feelings for each other. After the traumatic “incident”, Kouta forgot much about Yuka and their mutual feelings.

Nana – A Silpelit (a child born from a human infected with the Diclonius virus) with the moniker Number 7. She’s sent out to locate Lucy for recapture but instead picks a losing fight that almost leaves her dead.

Before I even begin to really get into the meat and potatoes of this series, I have to talk about the infamous beginning scene. I’m not sure I’ve heard a discussion about the anime that doesn’t mention the opening scene.

As powerful as it is, I think it does perpetuate the idea that the show is mindless violence. But as the show is very violent and important themes aren’t addressed until later on, I can’t help but deny that it’s a great introduction. 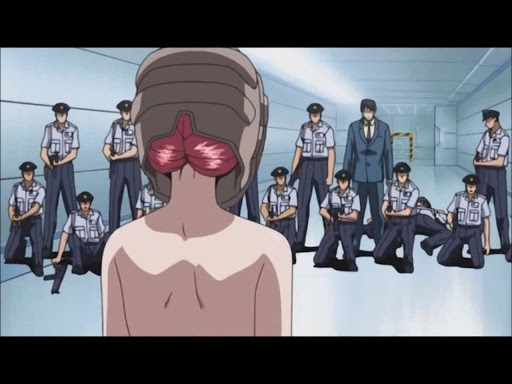 Even before the first scene begins, the Latin-sung opening sequence sets the stage along with mural visuals inspired by “Gustav Klimt’s famous paintings“ (which all stand in contrast to the equally appropriate but poppy ending credits). After this, we’re presented with Lucy’s escape from the Diclonius Research Institute as she ruthlessly slaughters everyone that stands in her way.

Guards are dismembered, bisected, and beheaded as they attempt to kill her. Even an innocent and clueless secretary who wanders in the middle of a faceoff is beheaded and used as a human shield.

The scene ends with her plunge into the ocean after being shot from behind with a .50 caliber rifle. After this, we’re introduced to Kouta and Yuka, and eventually the reintroduction to Lucy as Nyu.

The comedic moments between the three of them stand out from the earlier carnage we’ve witnessed, and although things come to a head throughout and the story throws us back into this horrifying violence, nothing is quite as memorable as the intro scene to the series.

And it only becomes more understandable as the story continues and you learn the traumatic past that she (and many other characters) has.

Understanding the Tragedy of Lucy

Although there are many tragic moments in this anime filled with tragic characters, I think it’s important to focus on the central character and arguably the most traumatized.

Lucy faces tragedy as early as she can remember. She was left to die in a field as an infant and grew up in an orphanage. She harbored a deep resentment to her parents, and for a time wished to kill them.

This resentment would begin to grow as resentment of all humans as the children at the orphanage bullied her for her horns. After the bullies murder a puppy she had been caring for, Lucy loses control and kills them all.

Now, this is a very important moment for understanding the character. It’s a famously powerful scene that many who watch it connect with and even approve of in a way, either because of relating to being bullied, the violent killing of the innocent puppy, and/or the completely-evil depiction of the bullies. 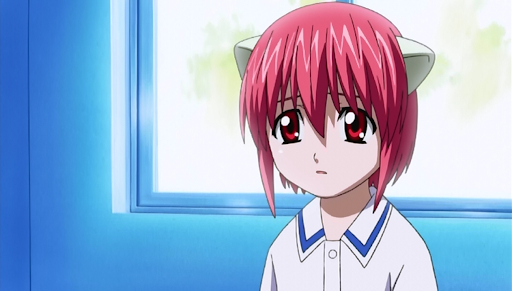 And in that sense, it also provides an inner-look for the viewer themselves. I admit that I felt myself in full support of Lucy’s actions, but upon just a little further inspection, I also admit that it’s not okay to be in full support of the murder of children. Even upon rewatches of the scene, I find myself incredibly conflicted.

These children seem to be the absolute evilest characters of all thanks to the way they’re portrayed, but the portrayal also leaves a lot to be learned about them. It should be hard to assume a character is pure evil in a show with so many traumatized characters.

And yet, what little time we have of them can very easily lead to the judgment that they’re the worst human beings alive. Whether on purpose or inadvertently, I think this scene is a haunting example of why it’s not okay to judge someone with such little information, and also how it’s so easy to.

Unfortunately, the trauma doesn’t end there. Lucy would seemingly have no control over whether she kills people afterward. Although Diclonius would be characterized as having innate violent tendencies, with even Lucy confessing to Kouta that she’s afraid she’ll continue killing, it’s possible that her trauma is what led to these uncontrollable and violent tendencies (they certainly didn’t help).

It’s further complicated in the manga where a separate entity within Lucy that she calls “The Voice” and believes is the voice of her “DNA” telling her to kill humans, but it’s never made clear whether this is not just another split personality. Either way, Lucy’s confession of fear to Kouta comes to a head after she feels that Kouta has deceived her and responds by murdering his family.

Her realization of what she’s done and its effect on Kouta is what leads her to run away and develop hate for what she is. She does manage to find and make a friend years later and for a time is happy. But her friend is murdered in front of her by the Diclonius Research Institute, who then successfully capture her and keep her a prisoner for three years.

It’s these events that would sow her distrust of everyone, minus Kouta, who her love for would remain as the one good thing in her life. 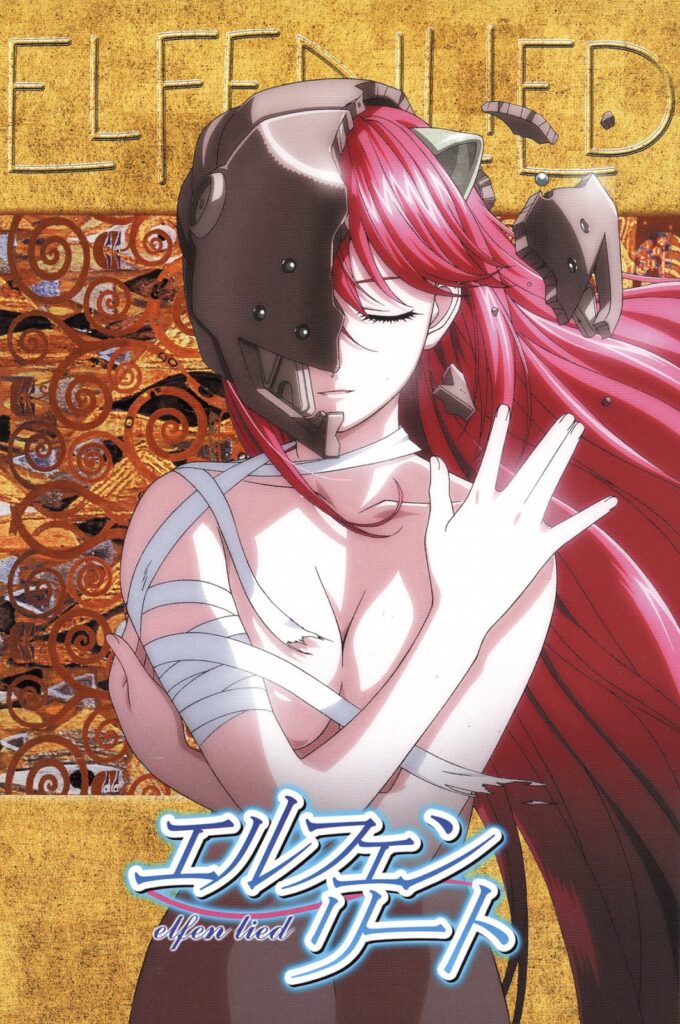 Lucy’s trauma can’t be tied to a single event, so much as it can be tied to a recurring theme of feeling unwanted since her birth. She’s treated as an outsider by almost everyone she meets. Initially, it’s because of her appearance. Later it’s out of fear of what she is.

The symbolism in Lucy being treated differently because she’s not the same as anyone else is obvious. You can almost understand the justification when you look at her and the other Diclonius’ violent habits. This is where the argument of nature vs nurture comes into play.

There’s no telling that Lucy would have done the things she had done if it wasn’t for all the trauma she faced in her life. Nana, a fellow Diclonius, is one of the only members of the species that doesn’t have the extreme violent tendencies that others expect.

Coincidentally or not, but Nana did have the benefit of a father figure in her life which pushed her to endure in all the testing that she’d be subject to.

Lucy could only hold onto her feelings for Kouta and her desire to apologize to him. He was the only person to treat her as an equal – like any other human being.

Elfen Lied is a tragic tale with important themes sewn throughout. It’s physically violent and gory, which goes hand in hand with the emotional and mental abuse that plagues its characters.

You can argue that there’s no need or purpose for the violence, but I believe that it’s there to help the series go against the grain. Elfen Lied is a hyper-violent world, with relatable characters that are put through extreme events.

You’re introduced to Lucy through the eyes of those trying to keep her restrained: she’s a monster. With that knowledge, you’re then introduced to Nyu with these contrasting comedy scenes and you still view her as they would: a ticking time bomb. But, by the end, you view her through Kouta’s eyes: as a human being with a tragic past.