Lunar Eternal Blue Is the Quintessential Anime JRPG for the Ages 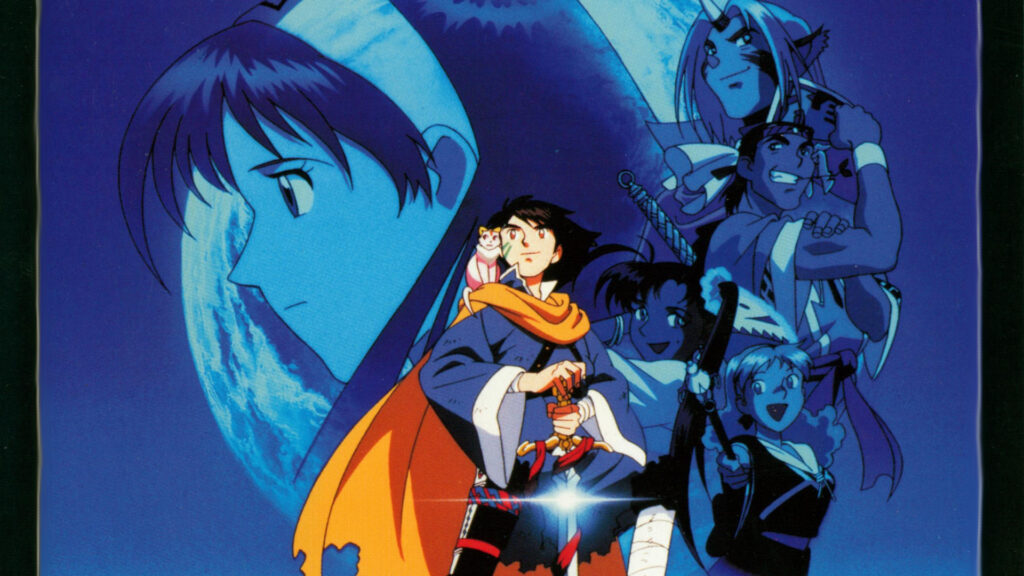 Originally released for the Sega CD in 1994, Lunar Eternal Blue is an anime style JRPG, and the direct sequel to Lunar the Silver Star. Directed by Yoichi Miyagi and Hiroyuki Koyama, Lunar Eternal Blue elevated the JRPG to the next level with authentic anime artwork and animation. Scenario writer Kei Shigema, known for the previous lunar game as well as involvement with Grandia and Grandia II, expanded on the original plot and built on the world from the first game, though in the distant future.

As far as JRPGs go, the idea of a direct sequel was not especially common at the time. Most franchises tend to be entirely standalone titles when sequels are involved, such as with Final Fantasy. Dragon Quest, which is considered the grandfather of JRPGs, began with a trilogy of sorts.

Although the stories of the first three games are separate, they take place in the same world with legend and lore linking them together. Lunar Eternal Blue takes this idea a bit further and attempts to bridge the stories from each game so that they directly convene with each other.

The characters were designed by Toshiyuki Kubooka, who also designed characters for Giant Robo, [email protected], and Phantasy Star 0. And the characters are where the Lunar series truly shines. Thanks to the detailed animation and voice over work, Lunar the Silver Star and Lunar Eternal Blue marked a transitionary period where the audience was able to connect with the characters in a game on a more intimate level for the first time.

And of memorable characters, there are plenty. 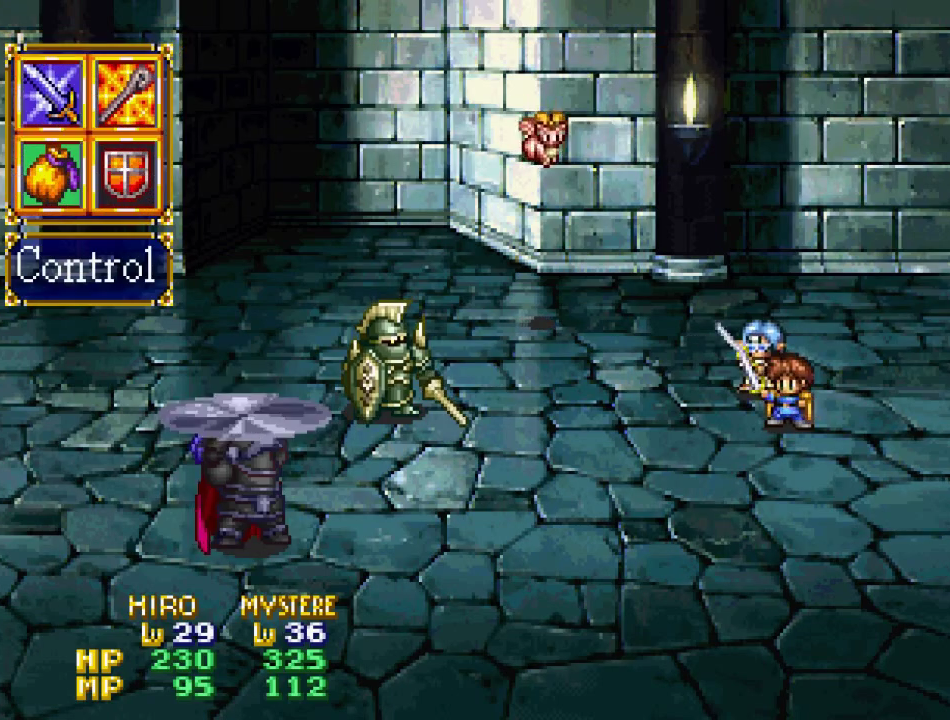 A Brief Introduction to Lunar Eternal Blue’s Characters and Story

Lunar Eternal Blue follows the adventures of a young man, Hiro, and a baby red dragon named Ruby. One day, after returning home from exploring ancient ruins with his grandfather Gwyn, Hiro is greeted by the White Knight Leo, one of many Heroes in the service of the Goddess Althena. He warns of a foreign entity sent to bring ruin to the world that will invade at the tower to the north.

Of course, being the adventurer that he is, Hiro decides to investigate the tower where he meets Lucia, a priestess who claims to be from the Blue Star and is completely oblivious to the way humans interact with each other, having lived out her life alone there.

She demands to see the goddess Althena, who serves as the ruler of the world to warn her of the return of an ancient evil, Zophar, who chooses the opportune time to make an entrance and strip Lucia of her magical power. Hiro must escort her to the Holy Citadel where the goddess sits while evading Leo and his soldiers, who are convinced Lucia herself is the destroyer.

Along the way, Hiro meets Ronfar, a healer who has fallen into despair after failing his loved one, Jean, a dancer from a nomadic tribe of entertainers with a hidden past, and Lemina, a witch seeking to restore the once great magic guild of Vane to its former glory.

Opposite them, Lunar Eternal Blue does a great job of creating an antagonist for each of these characters, giving them their own story arcs and demons to conquer. The main antagonist of Lunar the Silver Star, as well as a few other characters, also make an appearance to make things more interesting for those who have played both, though knowledge of the story and events in the first game aren’t at all necessary to enjoy the second.

Lunar Eternal Blue was also one of the first JRPGs to feature an epilogue story with additional content after completing the main story of the game. 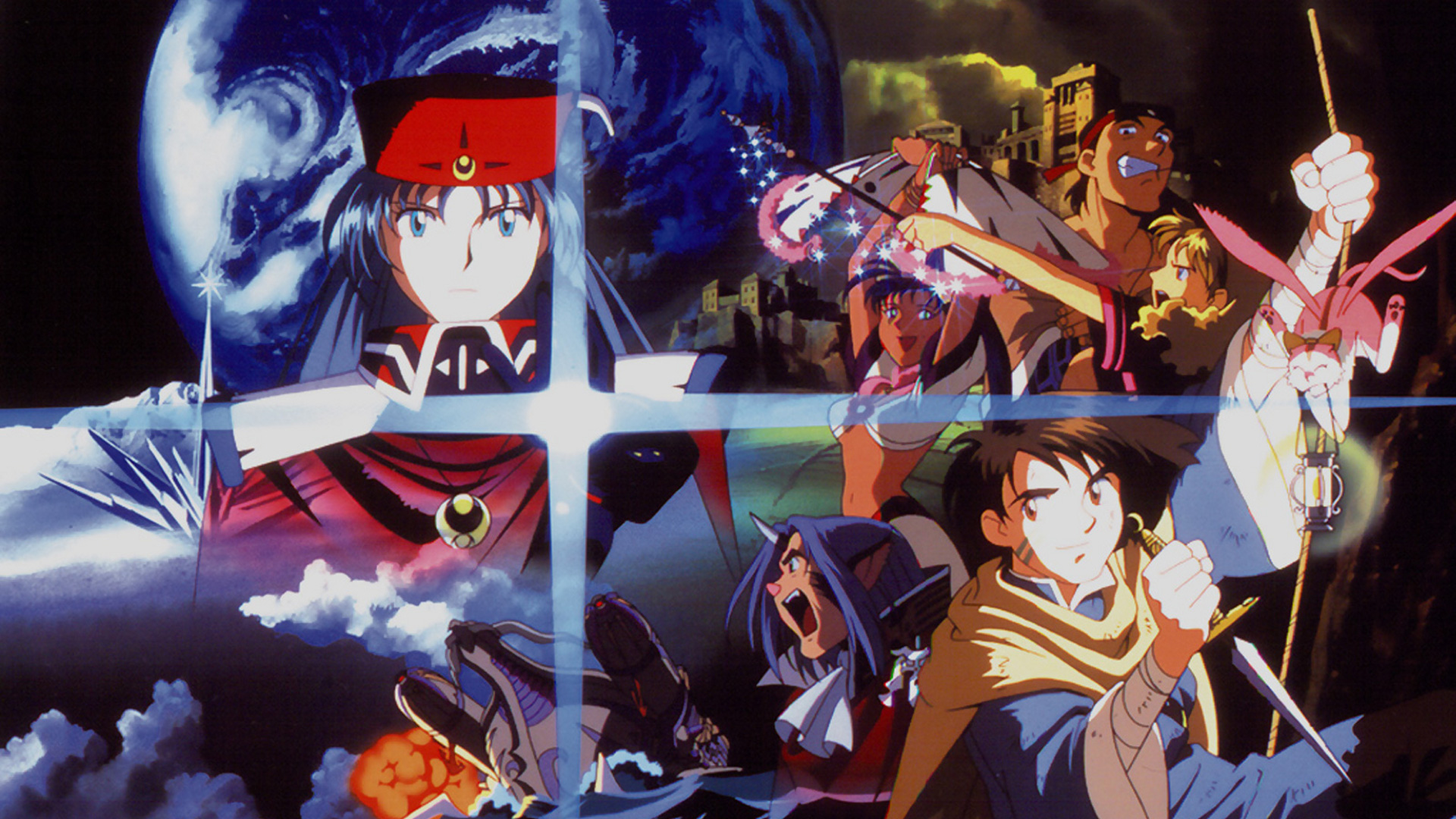 Lunar Eternal Blue hit the Sega CD just as 32-bit consoles were set to surface, and even though the Sega CD’s hardware was far inferior to that of the Saturn or Playstation, it was clear that the capabilities of what could be included in a game were significantly increasing, and with them the standards of creating a work that strived to be all that it could.

Lunar Eternal Blue featured higher quality animated cut-scenes and even more voiced dialogue than Lunar The Silver Star. The Main plot of the game was longer and more fleshed-out, continuing and ultimately concluding the story started in the first game directly, though it works just as well as a standalone story.

There was an attempt between Lunar the Silver Star and Lunar Silver Star Story to redo the soundtrack entirely, whereas Lunar Eternal Blue’s remake version for Sega Saturn and Playstation retains the same original soundtrack, with some minor optimizations. Eternal Blue perhaps marks the point where Noriyuki Iwadare was able to find his inspiration and produce a much more memorable game score. He would put out some of his best work later in the Grandia series.

There were, however, some issues with the soundtrack in the North American release of the Playstation port of Lunar Eternal Blue Complete. Working Designs, the studio in charge of the localization, had once again made some questionable choices with regards to many game elements, the most significant of which included converting the original stereo game audio to monaural in order to preserve disc space. The conversion process involved – in their own words,  ‘remastering’ and retouching the audio, which often included adding echo and reverb effects to audio tracks to hide the down sampling.

Aside from the audio, the standard Working Designs fare of harder enemies, less EXP, and currency, and weird out-of-place jokes are present in full form, and there are some minor censorship changes. One other significant change of note that was present only in the original Sega CD version of Lunar Eternal Blue is that for some mind-boggling reason, you have to sacrifice magic experience points that were used to manually level up your characters abilities and spells in order to save the game.

How often do we see changes made to games in the localization process that serve no purpose other than to make the game less convenient for the player? Fortunately, this change was not present in the Playstation port.

Where Did the Lunar Series Go Next?

There have been various remakes of Lunar The Silver Star over the years, but only the Saturn remake (and Playstation Port) for Lunar Eternal Blue. Since the story of the series effectively ended, Game Arts has decided to expand upon the world of Lunar by revealing more details and adding backstory in the various remakes.

There have been some spinoffs, such as Lunar Walking School for the Sega Game Gear, and its remake for the Saturn, Lunar Magic School. There was also Lunar Dragon Song on the Nintendo DS. All three of these titles were extremely mediocre at best. Perhaps it would have been better to consider the Lunar series, as great as it was a done deal.

The most we can hope for now is a re-release of Lunar Silver Star Story and Lunar Eternal Blue as a collection on a modern console like the Switch, with some touched-up graphics and perhaps a new localization. That would serve one of the greatest JRPG franchises of the 90s perfectly and perhaps lure in some new fans.