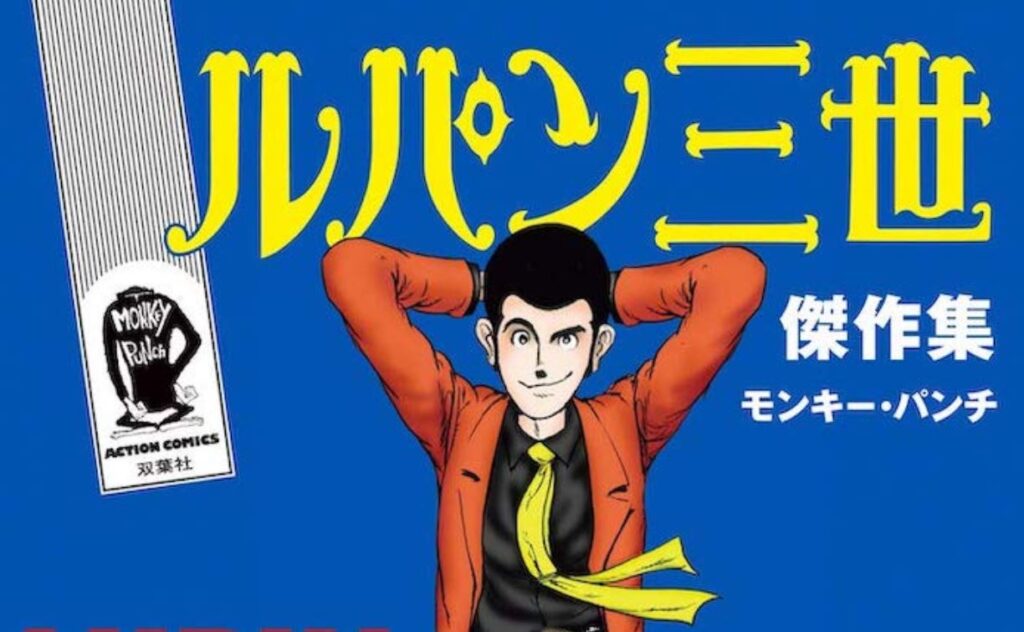 Perhaps it was only a matter of time now that the market for classic manga has seem to grow stateside over the past ten years, but we’re delighted to know that once again the original Lupin III manga by the late great Monkey Punch will be available in English. Anime’s most beloved thief is always up to something, with new animated iterations springing up every year or so, but the old TOKYOPOP copies of his earliest escapes have been out of print for over a decade. Thanks to Seven Seas publishing, whose also championed Go Nagai and Leiji Matsumoto in the US over as of late, Lupin’s back in book form. Kind of. 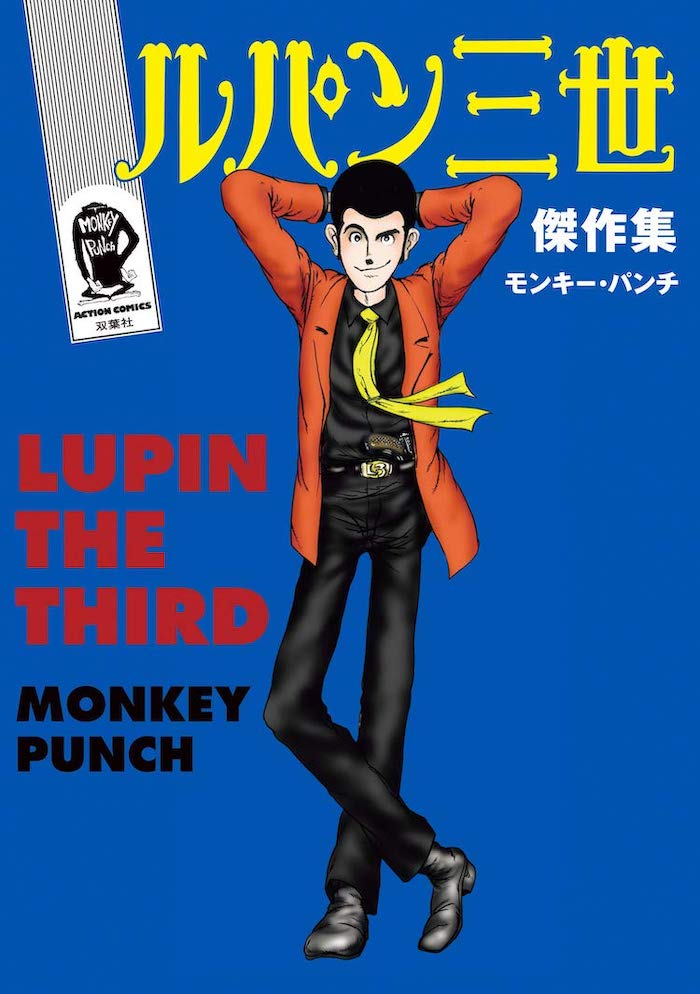 Seven Seas will be releasing a ‘best of’ compilation of Monkey Punch’s Lupin III comic that promises to include some of his most spectacular capers. Being something of a legacy release, the tome will be a nice hardcover edition in an oversized trim which will retail for 24 dollars. We don’t know exactly how many stories this edition will include, nor do we know if it pulls from both of Monkey Punch’s Lupin series or just the first. Either way, fans will want to contemplate this purchase. 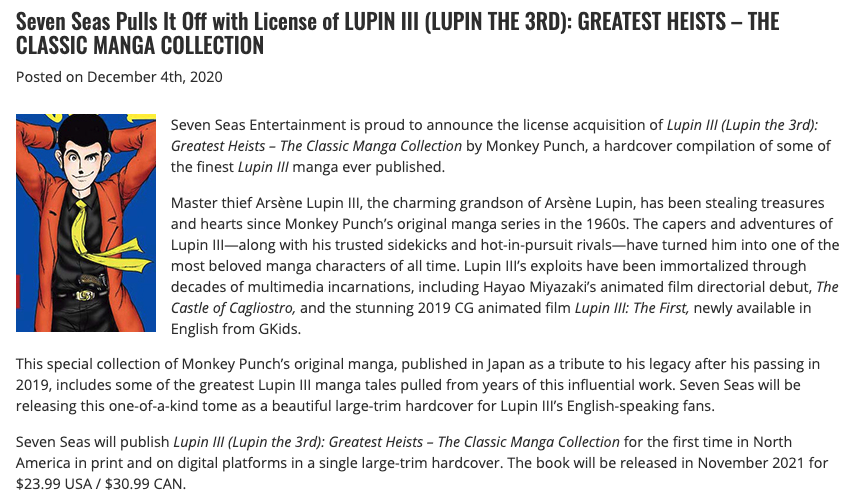 With fourteen volumes of largely episodic stories in the original manga, and another twenty-one volumes of its sequel series, it makes sense that we wouldn’t see the comic get published. TOKYOPOP never completed the task either, for the record. Even if more English-speaking readers are interested in the old school now, a forty-volume undertaking is a huge ask for publisher and consumer alike. Still, we hope if this ‘best of’ Lupin III manga collection sells well enough, we’ll see more of it come out in the future. The manga offers a completely different take on the characters than any of its animated adaptations were willing to commit to.

The Lupin III manga will resurface in the United States in November 2021.