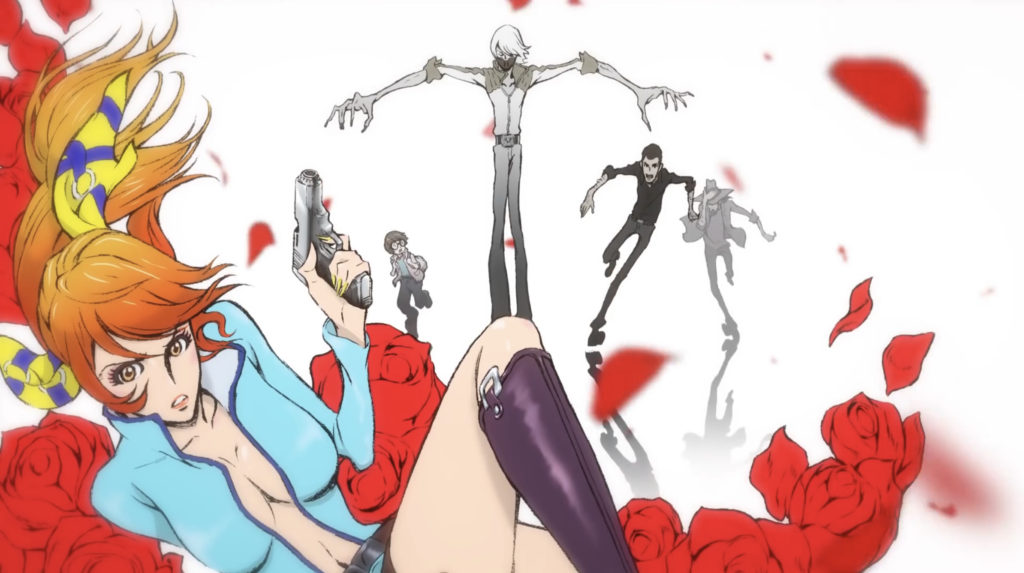 I think it would be difficult to begin this room without acknowledging last month’s passing of famed creator of the Lupin III series, Katō Kazuhiko, better known as Monkey Punch. The cultural influence of this work alone could fill entire books, and it’s a testament to the strength of his creation that it has been able to continue going strong for over 40 years at this point, and shows no signs of slowing down, either.

However, the one defining thing about the legacy of Lupin III for me, and something that fellow OTAQUEST writer Jacob Parker-Dalton was eloquently able to surmise last month in his discussion on perhaps one of the most internationally-well-known adaptations of his work, Lupin the Third: The Castle of Cagliostro, would be the way his work has been able to inspire other creators and how some of these creators have succeeded in putting their own spin on the source material. Many Lupin the Third adaptations and works involving his characters have been made since its debut in 1967, each with varying degrees of involvement from the man himself, yet regardless of how involved he was with the work, the ability the characters of this series had to bring out some of the best work from those who work on it is one constant throughout each piece of media.

Which brings me to the recently-released Lupin IIIrd: Fujiko’s Lie (Mine Fujiko no Uso), the third film in a series of works based on the franchise directed by Takeshi Koike, known most for his work on the spectacular Redline film, that place a focus on a different character from the slew of characters in Lupin’s gang in each film. After films based on Daisuke Jigen and Ishikawa Goemon, this newest film shifts the focus onto Mine Fujiko for the first time since the phenomenal anime series ‘The Women Named Mine Fujiko’, of which Koike served as character designer and animation director. 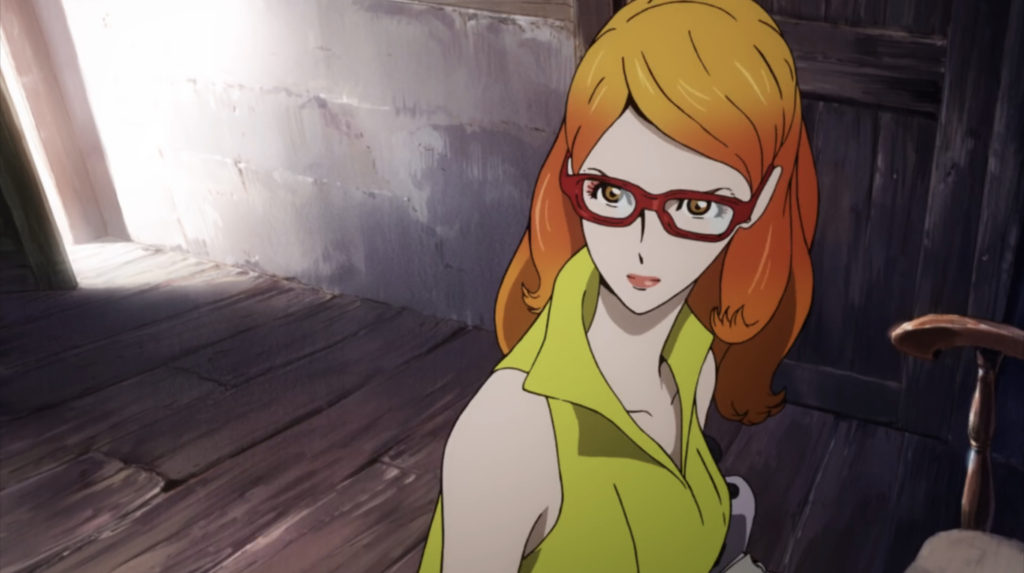 Lupin IIIrd: Mine Fujiko’s Lie follows Mine Fujiko as she tries to get a hold on a large amount of money stolen from a company by a man known as Randy. As part of this, she befriends the man and his son, a boy known as Jean. However, she’s not the only one after this cash, as an assassin known as Binkam is helping another group of people who also have their eyes on the cash.

I have to admit my familiarity with the Lupin the Third series isn’t as deep as some of the other members on our staff, however, the work that went into the aforementioned series about Mine Fujiko is work that places it as possibly my favorite anime to come out in that year. It put the focus onto the powerful yet complicated character of Mine Fujiko and explored that character wherever it led, leading to some powerful moments that attempted to explore some of the complexities of her character. Of all the characters within the Lupin franchise, Fujiko is the one who personally stands out as the most interesting, a strong femme fatale who will use any means necessary, including her body, to achieve her goals.

The Fujiko found in this short film, for all the right reasons, feels like a continuation of that series, in a fashion. Like that series, the focus is less on the events going on around her and more on who she is as a person and her own internal conflicts. This is perhaps the reason I rate this entry into the series so highly, especially since the majority of my flaws with this work come from the slightly lackluster antagonists of this movie. while not necessarily bad, the weakest moments of the film often occurred when the focus in the story shifted to them. Although the power of mysterious assassin Binkam to hypnotize those he comes up against to get the information he desires is interesting, especially in a story which sees a tug of war going on between the antagonist and Fujiko to get the code to a safe storing a chunk of stolen cash that only Jean knows, yet I struggled to find myself caring for him or the people he is working with. 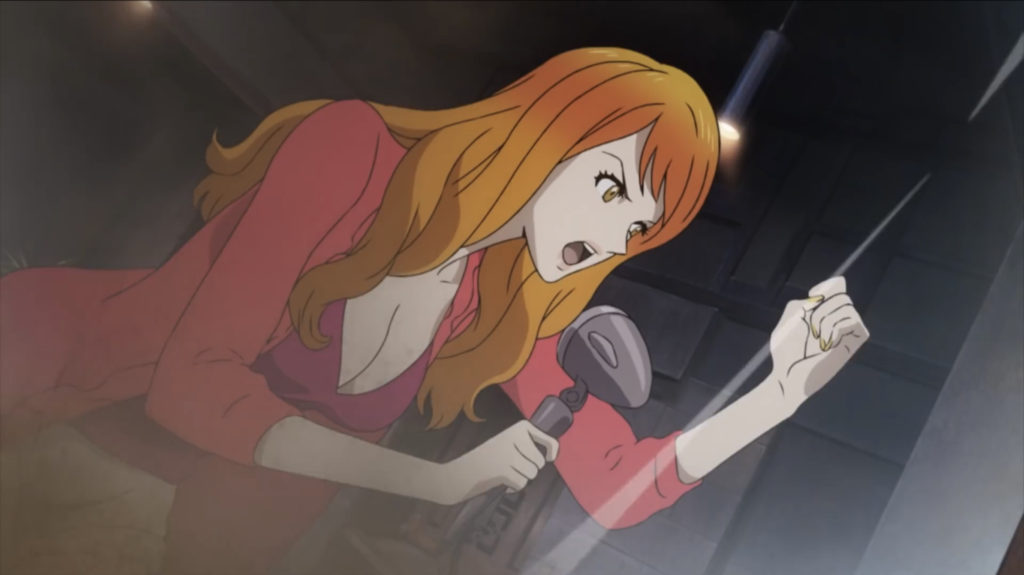 What I did find interesting, however, was Fujiko and her relationship with Jean. Before the initial attack committed by the antagonist in order to get the safe code, Fujiko, also in pursuit of this cash, had infiltrated the family of Jean and his father, Randy. When they both become separated from Randy, Fujiko essentially becomes his guardian, alongside his only hope at retrieving the cash. The need to protect him conflicts both a genuine desire to keep him safe with a desire for her goal, and the movie leaves you questioning whether the lie revolves around Fujiko’s true motivations or the lie she is telling herself in order to achieve these motivations.

The other advantage of this short film being a theatrical release that even the Mine Fujiko TV series was unable to achieve is that it doesn’t need to tone done any violence or sexuality to make it suitable for broadcast. For a character such as Fujiko who’s ownership of her own body is as much a weapon as any for her, this allows the film to go in some directions that it simply couldn’t have had this been tackled through a TV format. 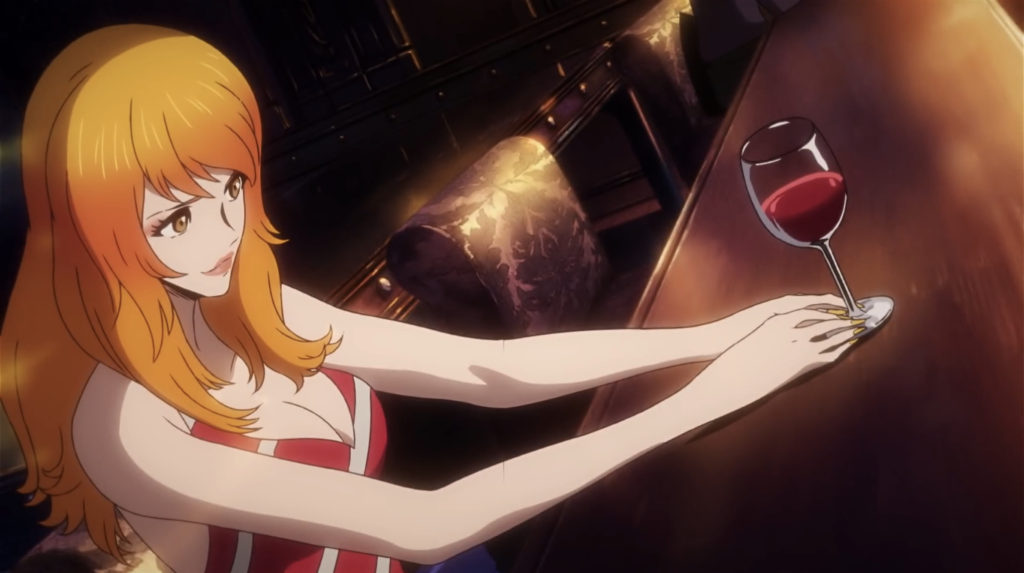 Coupling this with the film’s strong portrayal of Mine Fujiko and its at-times-superb animation, especially during the film’s climax with some moments eliciting audible gasps from the audience, and the complete whole of this work is one that shouldn’t be missed. Anime’s Mr. Cool, Takeshi Koike, is almost the perfect person to handle a more adult-oriented Lupin incarnation like this film and the rest of the film series he has been working on since the conclusion of Mine Fujiko, and the result is a powerful new entry into the long running series.

Unfortunately, as I mentioned right at the beginning of this piece, this work also has the unfortunate title of being the first to release after the passing of series creator Monkey Punch. In a way, the torch for the series has been passed on from him now to the creators inspired by him and the creators putting their own spin on his work. The memorial message that followed the end of the credits sequence of the film was both a thank you to his memory and recognition of this fact, in a sense.

With works like this coming out, his legacy is in good hands.

Lupin IIIrd: Fujiko’s Lie is currently showing in Japanese cinemas now, and you can find more information on the film over at its official website.