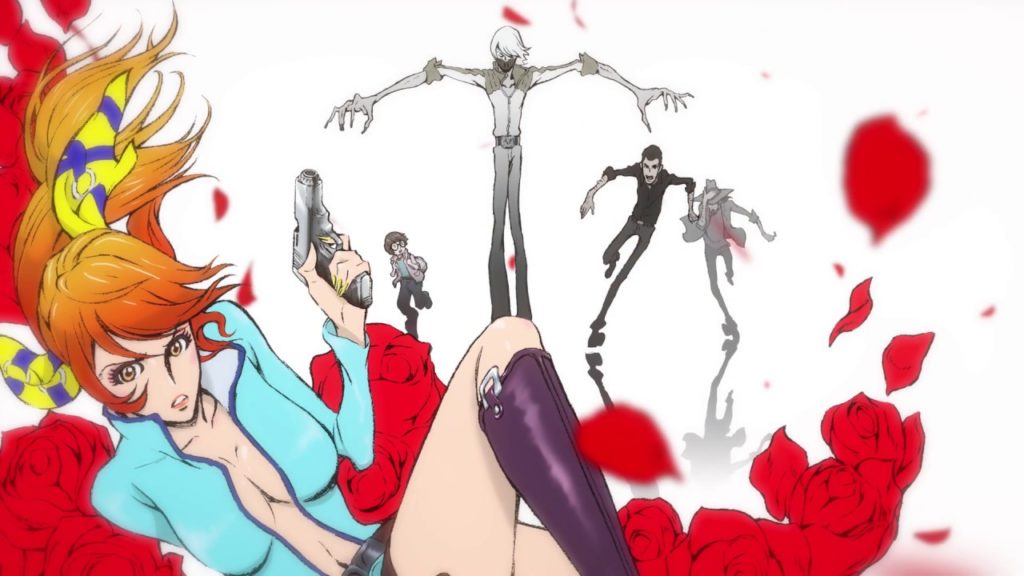 As if the number of animated features you’ll be able to check out at Anime Expo wasn’t already wild enough, news broke today that TMS Entertainment would be bringing both LUPIN THE IIIRD: Goemon’s Blood Spray & LUPIN THE IIIRD: Fujiko’s Lie to North America’s largest anime convention. The double-feature screening will be taking place on July 6 and will include the world premiere of both films’ English-language dub.

While I’m unfortunately still yet to catch LUPIN THE IIIRD: Fujiko’s Lie, OTAQUEST’s own Alicia gave the film a gleaming review when the film hit theaters across Japan. Similarly, I absolutely adored LUPIN THE IIIRD: Goemon’s Blood Spray upon my initial viewing, so having both of these films made available for international audiences is definitely a treat; oh, and OTAQUEST writer Christopher will seemingly praise the Lupin English-language dub to the end of time.

Directed by Takeshi Koike, the incredible LUPIN THE IIIRD series of films follow a much more adult theming comparable to the late Monkey Punch’s original manga series. If you’ve seen the Sayo Yamamoto-directed Lupin the Third: The Woman Called Fujiko Mine anime series in which Koike also worked on, you’d already be familiar with such theming — it’s Lupin at its rawest, and every moment of it is as thrilling as the last.

Of course, the screening comes shortly after the tragic loss of Monkey Punch, the original creator of the Lupin the Third manga series and an industry veteran. Fittingly, the showing of this double-feature at Anime Expo 2019 is in tribute to him, with the following statement being put out by TMS Entertainment USA’s Vice President, Masami Tokunaga:

“LUPIN THE IIIRD series pulls in viewers even closer to Monkey Punch’s original vision of Lupin. We want to express our gratitude to Monkey Punch and present this screening as a tribute to him and his work”

Set to screen at JW Marriott Los Angeles L.A. LIVE’s Diamond Ballroom at 10:30 am during Anime Expo 2019 on July 6, this 18+ double-feature screening of LUPIN THE IIIRD definitely isn’t to be missed. For those interested in checking out further information, be sure to visit the series’ official website.