Analyzing the Evolution of ‘Lupin the Third’ 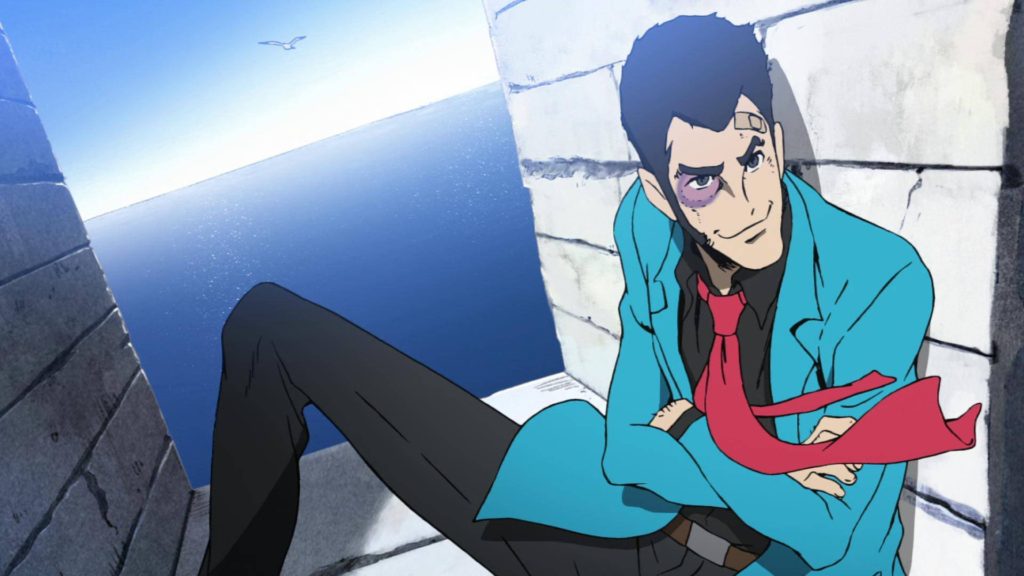 In a world of reboots and reimaginings, Lupin the Third feels like a breath of fresh air. It’s a series that has been on Japanese screens for nearly 50 years, and throughout that time, it’s pretty much stayed most the same – always giving us the capers of the grandson of a master thief with the same cast of wacky characters, whether it be in 1971 or 2018. But underneath the surface, Lupin the Third has shifted. It’s not entirely obvious at first sight since the characters and the basis of the series have stayed the same, but the mechanics allowing such a series to function have moved considerably with the times. The evolution of the Lupin series shows how to keep a property relevant, but not by betraying the original – a lesson that rings true today more than ever.

Let’s take a look at the character of Goemon Ishikawa the Third. Both the 2015 and 2018 series have dedicated episodes to exploring Goemon’s character, allowing his hilarious man-out-of-time character to shine. Furthermore, he’s even had an entire movie featuring him with 2017’s The Blood Spray of Goemon Ishikawa – letting us see some badass samurai action that has, for some reason, fallen out of vogue with the current anime landscape.

All of this has led to him becoming a firm fan favorite, which all seems very strange when considering his origins in the first series all the way back in 1971. Far from being a key member of the cast, he wasn’t even present in the series until episode five, where he was originally introduced as an antagonist. Even after his introduction, his inclusion into the main cast wasn’t felt until Hayao Miyazaki and Isao Takahata took over production during the second cour, and even in the subsequent Lupin the Third: Part II he hardly ever played a major role in the events of the story.

Goemon’s inclusion into the main cast and exploration as a character through increased focus over time is but one example of how the mechanics of the main cast have changed. And while Jigen has mostly stayed the same cool, gruff sharpshooter, Lupin himself has seen major character shifts over time – changing his jacket along with his temperament. In the original series, Lupin was much more of a comical character, often driven into thieving because of his hubris (women) and often failing because of this. Less important was showing his prowess as a master thief than it was to entertain the viewers with his failings, which fit in with the altogether more cartoonish tone of the early series.

Though with that being said, his characterization in recent years could not be further from that. Although he does get into comical escapades and acts the fool at times, he’s all together become a much more suave, noble James Bond-esque character. He’s even genuinely charmed characters such as Ami, which would have never happened back in his inception. But by far the biggest change for Lupin himself has to be the relationship with his longtime love interest, Fujiko Mine. The classic series saw Lupin jumping cartoonishly out of his clothes to be in with any chance of getting down with the Fujiko (which was almost always returned with a swift denial on the femme fatale’s part), and this obsession with Fujiko was almost always the reason why Lupin’s plans went awry.

You’ll see none of this in recent series, with the most recent Lupin the Third: Part V even showing that Lupin and Fujiko have grown apart, with Lupin shying away from the mere mention of her name. Lupin is definitely still motivated by sex, but this is no longer a character flaw – instead rendering him into more of a James Bond-esque womanizer. This transformation has also meant that the cartoonish style of the older series has disappeared, giving way to a more realistic presentation, complete with international conspiracies and coup d’états. That being said, the question still remains – why has Lupin changed? If the series has always been successful since it’s inception all those years ago, then what was the point in changing these character dynamics?

Part of the answer comes from Mari Okada and Sayo Yamamoto’s revival piece The Woman Called Fujiko Mine. While I said that the Lupin series has been around continuously for 50 years, it is true that Lupin as a TV series only came back into vogue following Okada and Yamamoto’s 2012 series – previously the franchise had propagated itself on movies and TV specials, following the failure of Lupin the Third: Part III which suffered from poor production and creative exhaustion.

In this sense, it should come as no surprise that the revival being successful would set a precedent for future Lupin series from a business perspective, but beyond that, Fujiko Mine had an important artistic impact. Crucially, it showed that the character of Fujiko could be sexy and flirtatious without being posed as powerless and uninteresting – that a woman’s sexuality could be empowering, and not just an object to be consumed by her male peer’s gaze.

This idea allowed Fujiko to be a much more well-rounded than she was in the past, and subsequent series have readily taken this idea on board. Fujiko and Lupin have hardly had any sexual contact in the post-Okada years, and she’s even been pushed to the background in terms of Lupin’s love interest with the introduction of Rebecca in Lupin the Third: Part IV and later Ami in Lupin the Third: Part V, once more allowing her to be a much more well-rounded character than in the past.

The impact of Okada and Yamamoto’s series stemmed from their own experiences as women working in the anime industry, but on a larger scale, tapped into the popular consciousness at the time. With a changing climate that aims to allow for the same economic power to be distributed between both women and men, in a country like Japan that was previously so driven by gender norms and roles, it simply doesn’t fit the times for Fujiko to act the way she did in 1971. We’ve rightfully realized that women have more worth on screen than simple objects and that chauvinism isn’t something to be celebrated.

But all of this wouldn’t have happened if the staff behind the recent Lupin series were not aware of the series’ past, or simply didn’t care about the series’ future. Mari Okada and Sayo Yamamoto are but a small sample of the talented creatives that TMS Entertainment have sought to bring aboard Lupin projects in recent years. Without these individuals, however, Lupin’s return may have been tasteless and outdated – there are plenty of properties that return as such.

The result of all this is a Lupin the Third in 2018 that still gives us the same experience as creator Monkey Punch intended, but not in the same way. The laughs come from character interactions and not slapstick, Fujiko is empowered and not objectified, and yet it’s still as good as it used to be. Just because the mechanics of the series need to be changed doesn’t mean that the series needs to do as well, because Lupin has still got much more to offer.

If you’re yet to check it out, Lupin the Third: Part V is currently streaming on Crunchyroll, here.