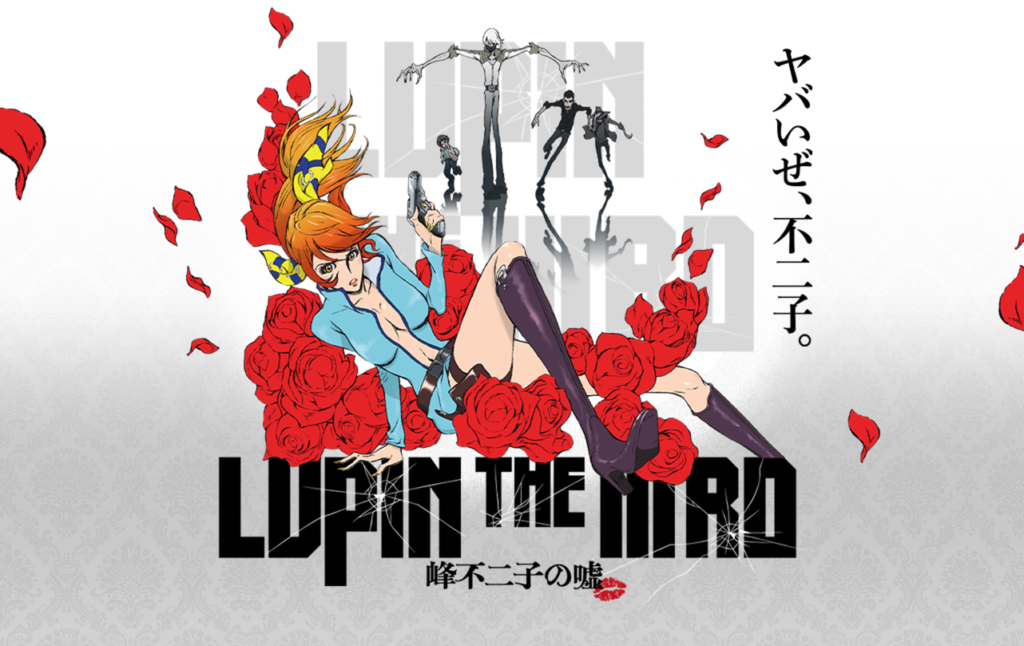 The Lupin the Third: The Woman Called Fujiko Mine anime which originally aired all the way back in 2012 ended up serving as an introduction for me into the Lupin the Third franchise more broadly. The tone of this veered wildly from the more whimsical tone that the original Lupin series or special movies had established, proving to be a much more mature series that was even reflected in how the series chose a rougher visual aesthetic and sketchier line-work on its characters and backgrounds. Its handling of her story blew me away, and each of the following movies continuing this story has kept the same animation staff, standing out as powerful additions to the franchise in their own right, even if they never truly hit emotionally or got as dark as that series. Promotion for another movie sharing the same staffing credits, LUPIN THE IIIRD: Fujiko Mine’s Lie, has been ramping up ahead of the film’s May 31 premiere, and with that date fast approaching, TMS has provided eager fans with a new trailer for this upcoming movie.

LUPIN THE IIIRD: Fujiko Mine’s Lie is bringing back director Takeshi Koike for this brand new story that sees Fujiko Mine pushed into a corner. This new trailer teases a film that’s heavy on action for Lupin the Third and his crew. Although the story is following a heist involving the entire cast of Lupin and a mysterious curse, the focus of the movie, as this trailer demonstrates, is clearly on Fujiko Mine and how she handles the situation she finds herself in.

I for one am very excited to see this film for the reasons I’ve already stated, as it should provide a welcome addition to the established franchise. The movie is set for release on May 31 at a selection of cinemas throughout Japan. It is possible to purchase a reduced-price ticket for the film in advance which will also net fans an exclusive A5-size clear file featuring some official promotional art for the film.

You can find more information about the film on its official website.