Get Stylish and Sexy in the New ‘Lupin the Third: Part Five’ OP and ED 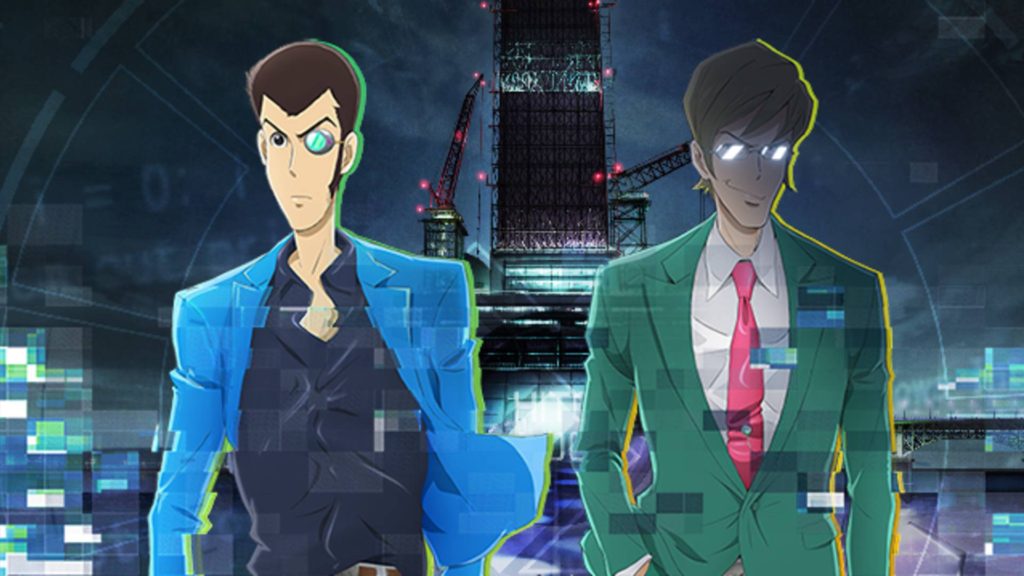 TMS Entertainment recently unveiled the opening and endings for the hotly anticipated Lupin the Third: Part Five, and they certainly do live up to expectations.

Firstly, check out the opening below:

The first thing you’ll notice is the drastic change in visual style for this opening from the actual show itself. There’s more of a pastel color design used here, with character outlines being very faint or omitted entirely. It’s certainly a large departure from the actual look of the show itself, but a welcome one considering the sheer beauty of the visuals on offer here. In particular, the shot of Jigen and Lupin in the iconic Fiat in space, softly illuminated by the light of the screen is one that must’ve taken great care and hard work.

Yet, if you look a little closer, at the setting of the action of the opening itself, you’ll notice something a little strange – it doesn’t actually take place in France, where the events of the new series will take place. The first time I noticed it was when I recognized some Japanese writing in the background, and then when Jigen and Lupin launch themselves into space, I noticed Tokyo Tower – definitely not a mainstay of French geography.

Beyond the visual aesthetic of the opening, the actual story presented in the short timespan of the opening is a classic Lupin one, as well as being very funny – in an attempt to peep on Fujiko at the beach, Jigen and Lupin launch their Fiat into space, attach a camera to a satellite and try to spy on her from above the Earth itself. Such a concept is ridiculous but is hilarious given how much it embodies Lupin as a character.

Then, turning an ear to Yuji Ohno’s music, we do see a hint of the French setting injected into the iconic Lupin theme. It’s a much more relaxed and muted version of the theme compared to the version used in L’avventura’s opening. Furthermore, accordions have been added to accent the main theme, which signal the French setting. Each series has added new accents to the theme to keep it fresh and update it for the times, and I’m glad that this new series is no exception.

On the other hand, the ending is a welcome call back to old-school Lupin. Check it out below:

Fujiko finally gets her chance to shine here, which makes for a welcome break from being ogled, I’d imagine. It’s classic Fujiko through and through here – lots of barely-censored nude shots, as well as her varied wardrobe and make-up. It seems to be a trend for this new Lupin series to have Fujiko as the focus of their endings, as L’avventura’s did as well.

The multi-talented Miyuki Sawashiro also gets to show us her vocal skills as, much like in L’avventura, she sings the ending as Fujiko. Her voice brings a husky sexiness to the song that complements the focus on Fujiko perfectly. Also hair-raising are the lyrics, particularly the line “It wasn’t a lie that I loved you” – from this you can definitely see why Lupin has the hots for her so much!

Speaking of Lupin, their romance is heavily implied here, both through the depiction of their dates through France and the glance that they share over a drink with the rest of the gang. Their relationship has always been a seemingly goofy one at first, but this shows that they do in fact share a deep bond through all of their escapades together, at least underneath the surface.

We get see some of the bonds between our main cast too in a heartwarming bar scene. Goemon enjoys a rare cigarette while Jigen leans on his shoulder in his usual curt manner, all the while Lupin and Zenigata put aside their differences and enjoy a drink together for once next to them. Scenes like this really emphasize how strong these characters are, and why they’ve endured for so long throughout the years.

When compared to the opening as well, the new series’ French setting is much more apparent here. Lupin accompanies Fujiko to the Eiffel Tower and the Louvre, as well as around the streets of Paris. As expected, Fujiko fits in perfectly with the French locale, and it seems like she’s enjoying herself as well.

The ending concludes with the final frame of Fujiko writing “Adieu” on a pillow with lipstick – affirming that, despite her obvious romance with Lupin, she remains a fickle woman. This brings her character right back to her roots as a woman of mystery, and that’s the key difference between this series’ opening and ending – whereas the opening signals the new series’ departure from the old with its unique visual style, the ending reassures us that things will be mostly the same, just as we like them.

You’ll be able to see the show attached to these excellent opening and endings very soon, on April 3. Crunchyroll also recently announced their licensing of the show.  For more details, check out the official website.