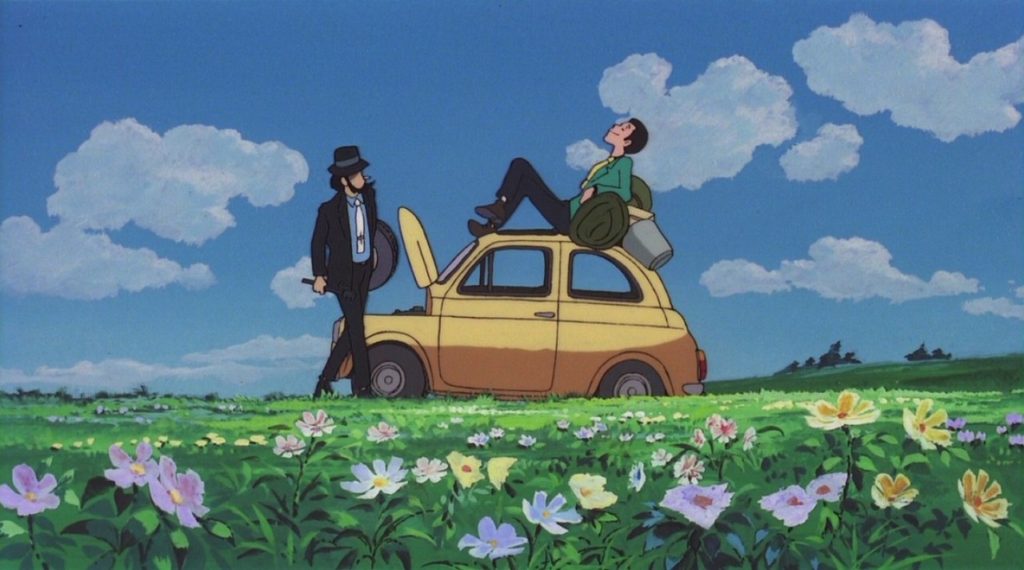 A 4DX version of the 1979 animated film Lupin The Third: The Castle of Cagliostro has been announced, and is set to begin screening for a limited time in select theaters across Japan from November 8 to November 21. Admission will be 2,200 yen ($20 USD) across all theaters. 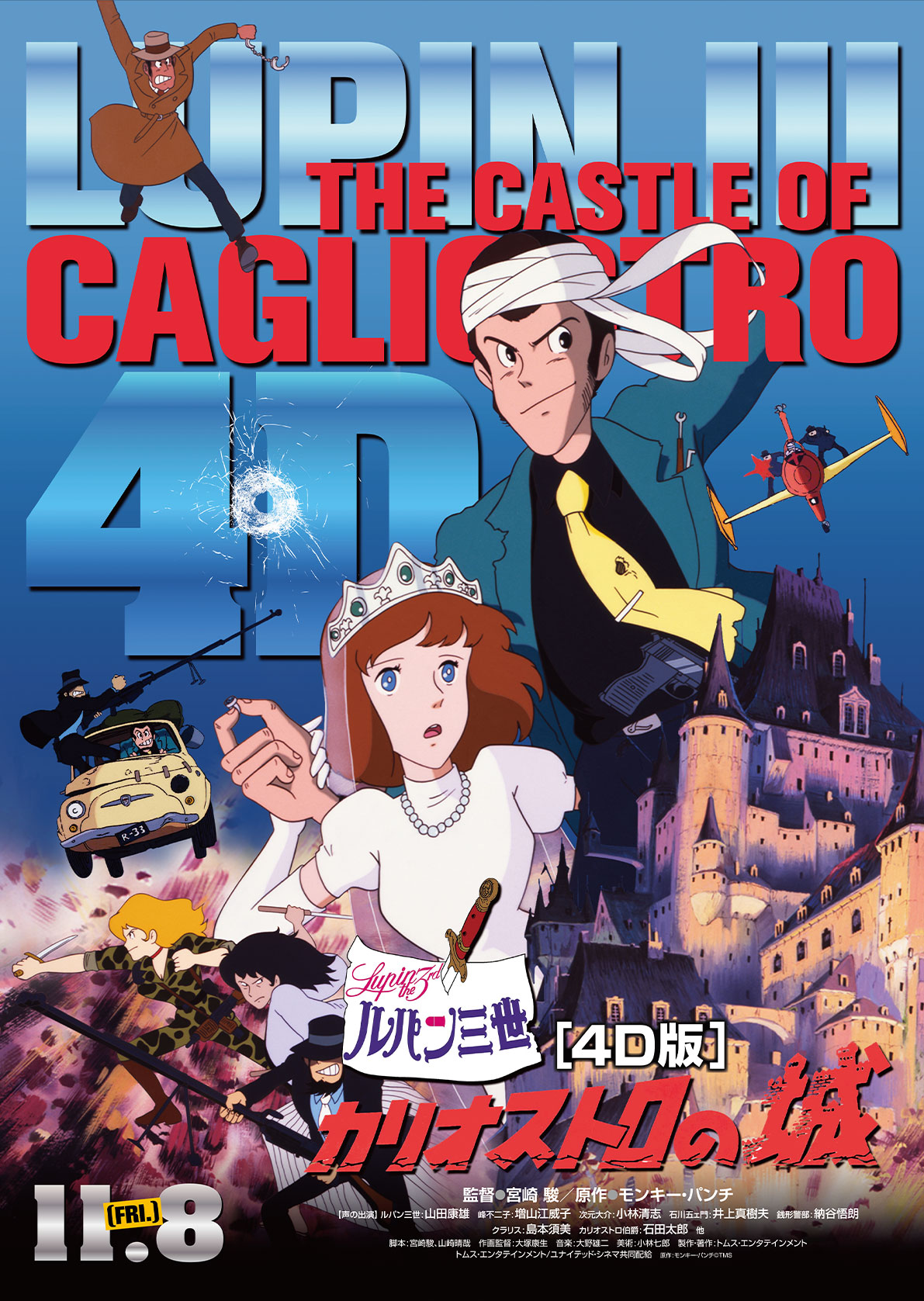 The film will be screened with accompaniment by full 4DX effects that enhance the viewing experience. 4DX is a technology that stimulates all 5 senses, similar to those cheesy theme park attractions that squirt water at you, except much more advanced and tailored for commercial films. Lupin The Third: The Castle of Cagliostro promises to throw viewers right into the middle of the action, with special effects such as seat movement, smoke, vibration, wind, and strobe lights. For example, the car chase at the beginning of the movie will feel so much more intense when you’re being jolted back and forth in sync with Lupin and Jigen, like you’re really with them in that yellow 1957 Fiat 500.

Master thief and low-key nice guy Lupin III is out to steal a princess in Lupin The Third: The Castle of Cagliostro, and his arch nemesis Zenigata is on his tail. As usual, Lupin III is out hunting for a huge treasure but uncovers something bigger than himself. Lupin III and his small team made up of the marksman Jigen and the samurai descendant Goemon work together to uncover a multitude of secrets that drive them to complete their somewhat honorable mission.

Lupin The Third: The Castle of Cagliostro is the second film featuring manga artist Monkey Punch’s original character, the master thief Arsène Lupin III. The film was also Hayao Miyazaki’s first time directing a theatrical feature, which came after having worked on directing the show Lupin III and a couple of episodes of Lupin III Part II. Studio Ghibli hadn’t even been established yet. A ton of scenes from the movie became pretty famous and served as an inspiration to future animators, especially the action sequences.

You can see more details about where to view screenings of the movie over at the official website.