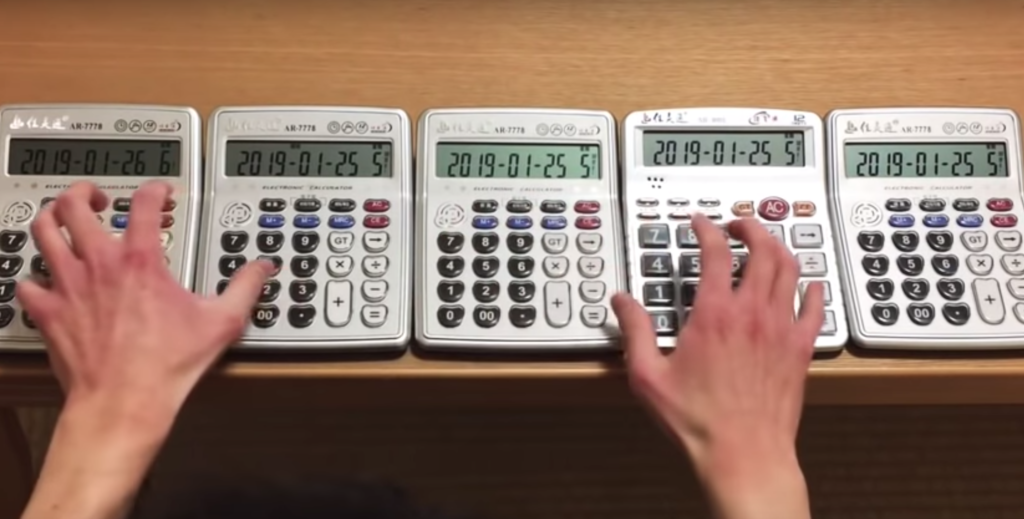 Every now and then something slides into my messages that I can’t ignore, something so great that I log straight into the backend and start conceptualizing content around it. In today’s case, it was a message from OTAQUEST’s Eddie linking me to a cover of the iconic Lupin the Third theme song by Yuji Ohno. But there was something off about this cover — it wasn’t exactly a vocal cover, and it definitely wasn’t being played on a piano. In this cover, we see YouTuber Atarime jamming out to Lupin the Third on their AR-7778 calculator.

For what it’s worth, this is actually a really solid cover regardless of what it’s being played on. But the fact that it’s being played on five calculators in harmony is definitely a feat of its own. This lead to an immediate deep dive on Atarime’s channel, uncovering several other similarly performed calculator covers to iconic anime themes, some of which include his most recent “Cruel Angels Thesis” from Neon Genesis Evangelion and “Peace Sign” from My Hero Academia.

While this is hardly the first calculator musician we’ve seen hit YouTube, other veterans of the pocket instrument such as Big Marvel and Its a small world immediately coming to mind, it would appear that Atarime is going after a totally different market. Tapping into anime themes and massively-successful domestic Japanese talent, we’re seeing something slightly different to what everyone else is offering. With that being said, who can forget the legendary Lupin the Third telephone dial theme?

At the time of writing, there are currently only a handful of videos on Atarime’s channel, but that number seems to be rising by the week. His earliest two videos before taking a year-long break reveal that the YouTuber is likely a pianist of some sort, which would make sense given their timing on the calculator. Regardless, it’ll be interesting to see what he tackles next, especially if he does hold the knowledge of a pianist.