Lupin the Third to Take Over Universal Studios Japan in 2019 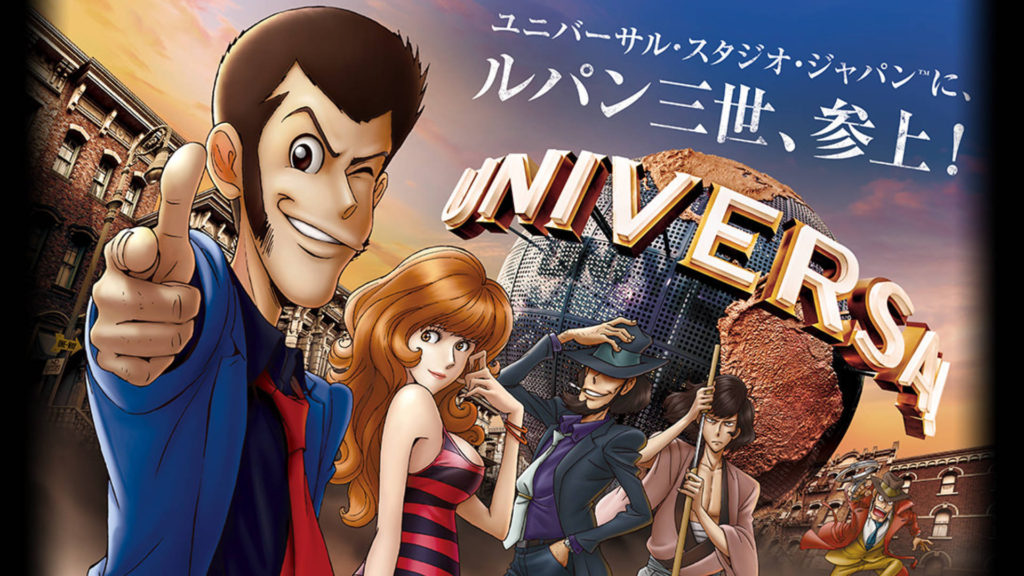 With the likes of Detective Conan and Sailor Moon receiving themed attractions as part of Universal Studios Japan’s “Cool Japan” initiative, it will perhaps come as no surprise that Lupin the Third is next in line to be featured in the ever-changing line-up of Japanese popular culture-themed attractions. But with the franchise only recently emerging from a lengthy TV anime hiatus, it’s a sign that the series is back and better than ever.

Lupin’s entrance into Cool Japan comes during the initiative’s fifth year, and there’s perhaps some poetry in the fact that the Lupin franchise celebrated it’s own fiftieth anniversary last year, with the original manga launching in 1967. Perhaps due to this seniority, then, Lupin will be kicking the almost equally legendary Neon Genesis Evangelion off the XR Ride attraction (which was previously occupied by Final Fantasy) to deliver it’s own VR attraction. While the details on this attraction are few, having rode the Final Fantasy VR ride earlier this year, I’m sure that the surprisingly effective combination of a VR headset and moving carriage will be entertaining, to say the least.

Furthermore, there will be a new restaurant themed around the Lupin series, which will be both comedic and “hard-boiled” according to USJ’s official website – perhaps suggesting that the food served in the restaurant will be a little out of the ordinary, or perhaps that the diners will be treated to some kind of show during their meal, much like how the Detective Conan Mystery Restaurant had diners solving a mystery as they ate. Themed restaurants such as these are common at USJ, and it’s worth bearing in mind that it will most likely require reserving ahead of time, unlike the VR ride.

Finally, the official website teases an “original story” that can only be experienced at the park, through the attractions, which is sure to excite any fans of the Lupin series. Detective Conan did something very similar this year as it had attendees solving mysteries alongside Conan and the gang through the various park attractions, so I wouldn’t be surprised if Lupin followed suit, perhaps letting us do some thievery with the gang, or perhaps putting us in the shoes of the hapless Inspector Zenigata as he attempts to bring the gang to justice.

Either way, the attractions are expected to launch sometime in 2019, so we have a while to wait for more concrete information. Keep your eyes on the official website for more details.