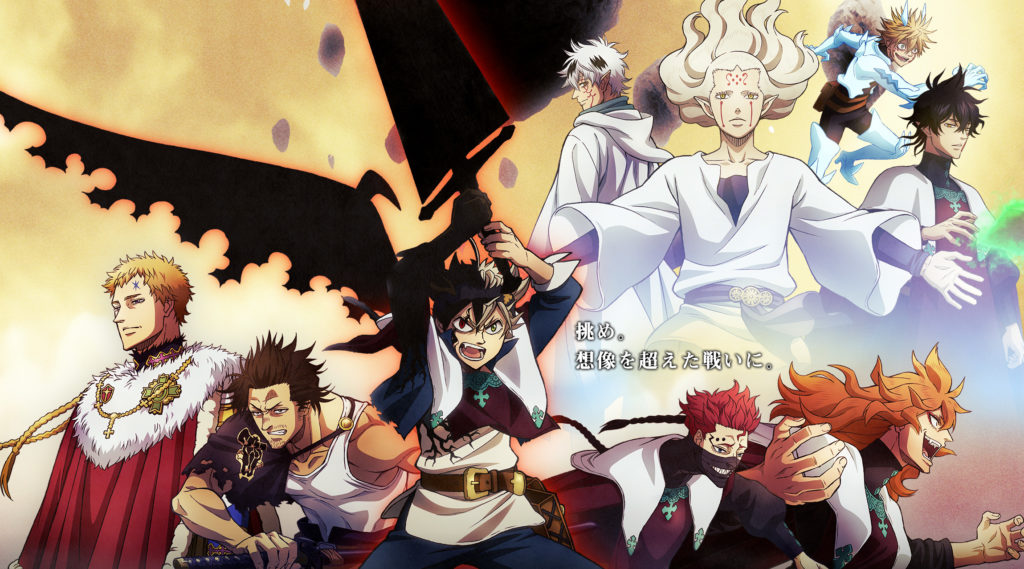 With Black Clover set to really kick into overdrive in the coming weeks, word of the series’ all-new opening and ending themes has finally broken, calling on some new faces and some industry heavyweights. Originally adapted into anime back in 2017, the series continues its trend of killing it in the opening and ending department, with previous artists including BiSH with their “PAiNT it BLACK”. From July 2 onwards, however, we’ll be seeing both GIRLFRIEND’s “sky & blue” as well as m-flo’s “all against gods” take on the series.

With a new arc officially set to get underway, m-flo comments that they’ve been working very closely with the series’ directors to create a song that truly encompasses the direction that Black Clover is heading and everything it has been. While m-flo as a group may only have a handful of anime-related works to their name, individually each member has quite the history. From ☆Taku Takahashi’s work on the likes of Panty & Stocking with Garterbelt and Space☆ Dandy to LISA’s work on Legend of the Galactic Heroes, they’re more than qualified for the role.

Originally debuting in the pages of Weekly Shonen Jump back in 2015, Black Clover wasted absolutely no time at all in being adapted to anime formatting. With the series continuing to grow both in Japan and the West, it’ll be interesting to see just where this new arc takes us.

Officially set to begin airing from July 2, the latest opening and ending themes for Black Clover are definitely not to be missed. For those interested in checking out additional information on the series, be sure to head over to Black Clover’s official website.