m-flo Teams With JP THE WAVY for ‘Toxic Sweet’ 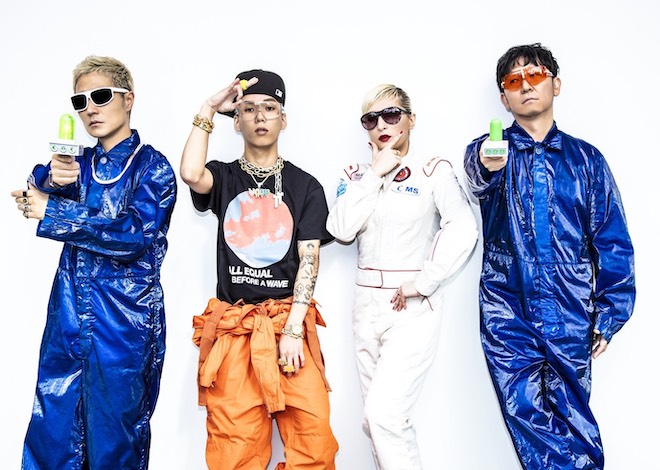 Since the original line-up of influential hip-hop-meets-electronic group m-flo came back together after years apart, the project has wasted no time plunging back into the game as a trio. Taku Takahashi, VERBAL, and returning member Lisa have been steadily releasing new songs and performing at events, exploring new sounds along the way and sounding eager to play around with the contemporary rather than settle for nostalgia.

They’ve mostly just stuck to themselves during this return, save for a collaboration with Latin pop superstar J. Balvin (which, technically hasn’t emerged in full-length form yet). The newest number ‘Toxic Sweet’ however, sees m-flo reach out and embrace a young Japanese rapper, inviting JP THE WAVY into their world and reminding that they are focused on the now rather than looking back. Watch the video below, featuring m-flo wandering around Los Angeles.

Pretty much every song that comes out in summer has eyes on matching the vibe of the season, so hearing a cascade of steel drums pour down over ‘Toxic Sweet’ makes plenty of sense. This is a bright, warm song, one conjuring up a tropical atmosphere — or at least the way everyone tends to imagine it. The three members of m-flo rap over the fun-in-the-sun backdrop, adding to the bubbly attitude. Lisa, in particular, adds a nice melodic center to ‘Toxic Sweet.’

JP THE WAVY fits in well among these summer vibes. The rapper gained attention with the viral number ‘Cho Wavy De Gomenne‘ back in 2017, and has since released well-received numbers and collaborated with many other acts. There’s a sense he has never totally surpassed the internet number that broke him quite yet, and he even references ‘Cho Wavy De Gomenne’ early on in ‘Toxic Sweet.’ Once that calling card gets dolled out though, he simply slides in and delivers a great verse on par with any of the others here, zig-zagging with the beat and generally matching the mood. That’s the main charm of the song: nothing sounds out of place or imbalanced. Rather, it’s a reminder that everyone involved is focused on the now.