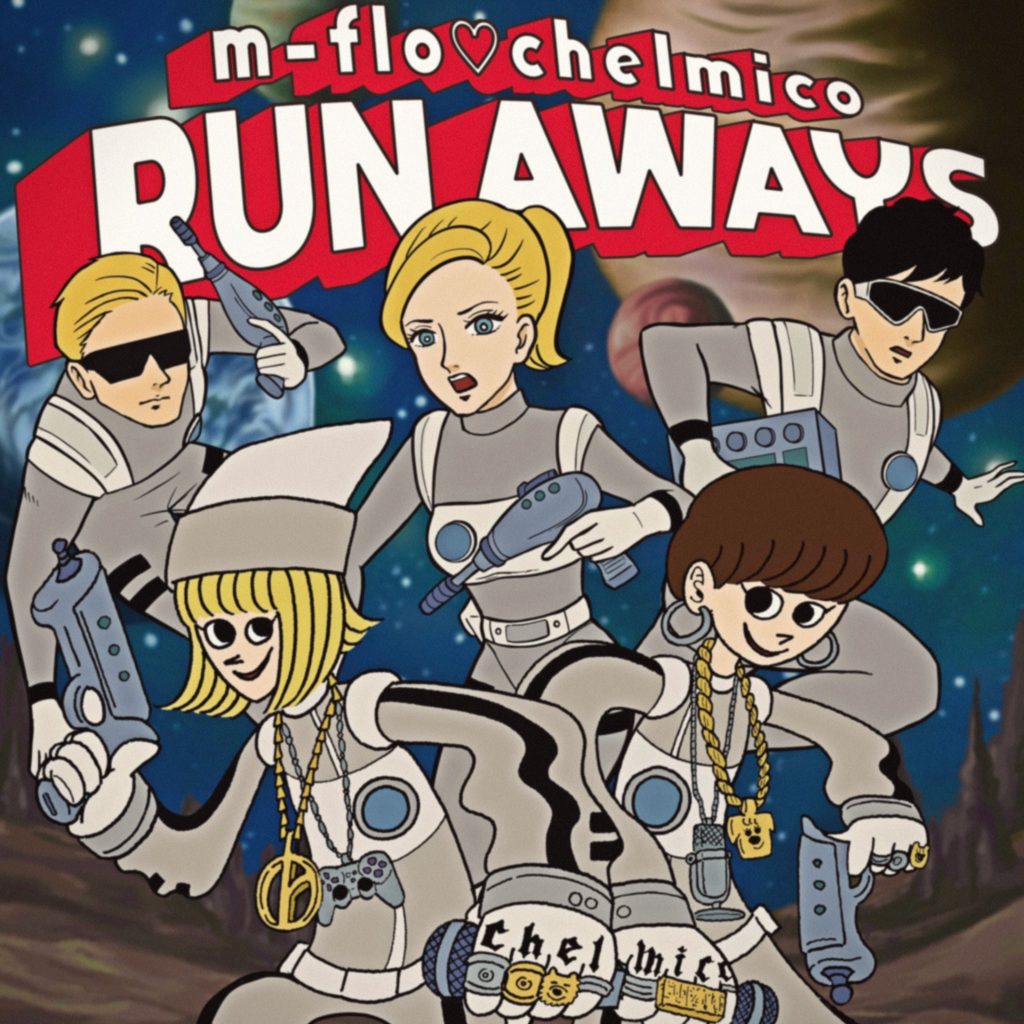 Earlier this year m-flo dropped a bombshell with the announcement that their popular “loves” series was making a comeback, this time with all 3 original members participating. The first single to drop, “tell me, tell me” saw the trio teaming up with amazing young talent that has been shaking things up in the Japanese music scene. This trend continues with their new single, m-flo loves chelmico –  “RUN AWAYS”.

The new single is slated to drop later this week on June 12th, but you don’t have to wait to get a taste of the track as m-flo has uploaded a preview to their twitter account today.

One thing that jumps out to me immediately upon listening to the preview is how different “RUN AWAYS” sounds compared to “tell me, tell me”, and that’s a great thing. One of the reasons why I, and I’m sure many others, fell in love with the original 3 m-flo “loves” albums was the diversity in the sound from song to song. Each album felt like you were listening to a journey across genres, and many of my favorite songs from those albums to this date are the ones you would be least likely to expect. If this preview is anything to go by, this expansion of the “loves” series is going to have that same feeling and sense of musical exploration with each release.

Another thing that makes the “loves” series so great is that it served as the introduction to new artists, or artists that you may not have encountered on your own. Although, if you’re an anime fan there’s a chance that you’re familiar with chelmico from their track “EASY BREEZY”, which appeared as the theme song to Masaaki Yuasa’s adaptation of “Keep Your Hands Off Eizouken” last season. If that happens to be your only knowledge of the duo, I highly recommend checking out the intro piece we did on the group earlier this year because that’s just the tip of the iceberg when it comes to their talent.

Myself, and many of our team, have been following and become big fans of chelmico over the past couple of years so it’s an understatement for me to say how excited I am for this release to drop. You can pre-order and pre-save the track now on Apple Music & Spotify now so you’ll be all ready to listen when the track drops later this week, and chelmico will be featured as guests on m-flo’s “Mortal Portal Radio” on the 12th as well. You can find more details at the official m-flo YouTube channel!