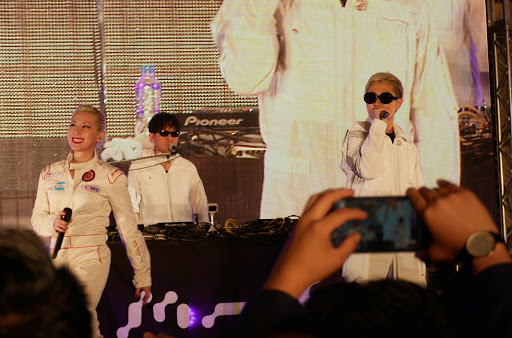 A Look at How LISA, VERBAL, and ☆Taku Takahashi Ignited a Genre

Few bands are able to stay together for 23 years. Even fewer can survive losing a popular member. m-flo has done both, and now they are fully reunited with the recent return of founding member LISA.

m-flo has been shaping the Japanese hip hop genre since 1999. Here’s a look back at their origin and incredible career.

LISA: LISA grew up in Tokyo and was an avid choir member in high school. Before becoming a founding member of m-Flo, however,  she was releasing her own music. Her 1994 release of ‘Sea of Stars’ was used as the third opener for Legend of the Galactic Heroes.

In a span of 5 years, LISA changed management companies and labels 10 times. She felt she was unable to create the music she wanted to make and write.

☆Taku Takahashi: Taku grew up in Tokyo and attended St. Mary’s International School, where he and Verbal first met. The two of them performed as N.M.D throughout high school. Taku moved to Los Angeles to study at Occidental College.  When he returned to Japan, he continued making music with Verbal and producing full time. But it wasn’t until Taku and VERBAL recorded ‘Been So Long’ with LISA that their careers took off and m-flo was officially formed.

VERBAL: VERBAL was born in Tokyo, but moved to Boston for a few years when he was ten. It was during summer camp in Boston that he was exposed to Run D.M.C.’s hit ‘It’s Tricky’ and he fell in love with hip hop. When VERBAL returned to Tokyo and started making music with Taku, however, he still wasn’t convinced he could make a real career out of music. He decided to focus on his education. However, after hits like ‘The Way We Were’ and ‘Been So Long’, VERBAL didn’t have to worry about a real career. He already had one with m-flo.

m-flo came out of the gates running in 2000 with Planet Shining, their debut album. The album hit #6 on Oricon charts and gave us timeless hits like ‘Come Back To Me’.

The following year m-Flo released ‘Expo Expo’, which hit #3 on Oricon charts, seemingly defying the second album curse. The group toured over Japan and released a remix album title Expo Expo Robot Gran Sonik. m-flo was at the top of their game.

Then LISA left the group after a fight to focus on solo work.

LISA had been a center stone for the group, and her absence left the band in limbo. Fans wondered if it was the end of m-flo, but VERBAL and Taku weren’t ready to let that happen.

m-flo had two successful hits, ‘Reeewind!’ and ‘I Like It’, in collaboration with Crystal Kay.

Perhaps because of the popularity of these songs, m-flo turned their attention to collaborations. Their third studio album Astromantic was jam-packed with incredible collaborations and hit #2 on Oricon charts. m-flo cemented their reputations as the comeback kids.

This was never more true than when the group took a hiatus in 2008 and then returned with the release of their album Square One in 2012. m-flo was back and their music was just as good as ever. There was one thing missing though: LISA.

LISA announced her triumphant return to m-flo at the very end of 2017. A full 15 years after leaving the band. 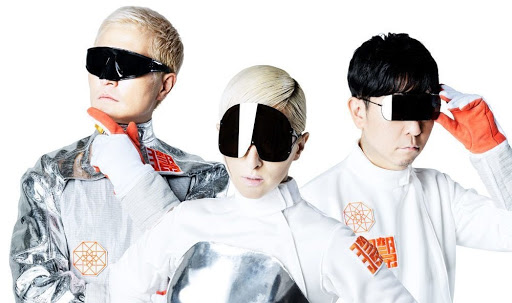 With the full team back together, m-Flo released Kyo.

‘[Kyo] imagines a global music map where Japanese artists play a prominent role, with m-flo teasing what’s possible. That’s the surest sign Kyo isn’t concerned with reliving the past, but trying to figure out the way forward,’ we wrote in a 2019 review of the album.

The album didn’t simply follow the popular nostalgia trend in music. Instead, they showed us what we can expect in the future from m-flo.

All these years later people all over the world are listening to m-flo and we can’t wait to hear what’s next.