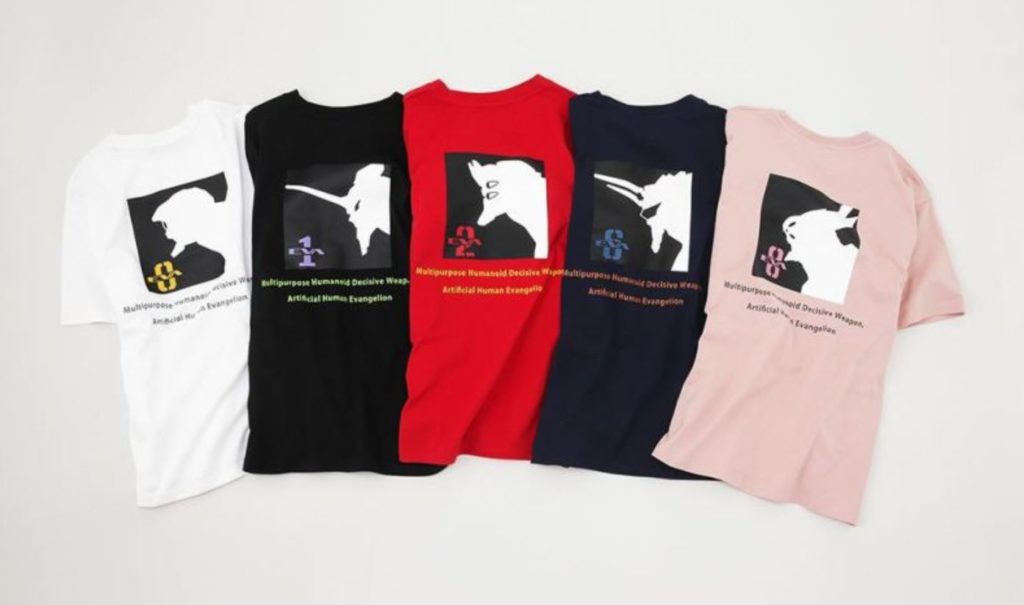 Another day, another Neon Genesis Evangelion derived clothing line we have to cover. We get that Japan’s a particularly dense country with a population of well over 100 million people, but at this point, there might actually be one unique Eva shirt for each person living in the country. It doesn’t stop at shirts either, as just a few days ago TOOT dropped an admittedly subtle underwear line based on everybody’s favorite anime. While Eva clothing isn’t anything revolutionary, what sets this new Mac-House line of Eva tops apart is that instead of slapping Rei and Kaworu on shirt after shirt, they’re giving a huge focus to the Evas themselves. 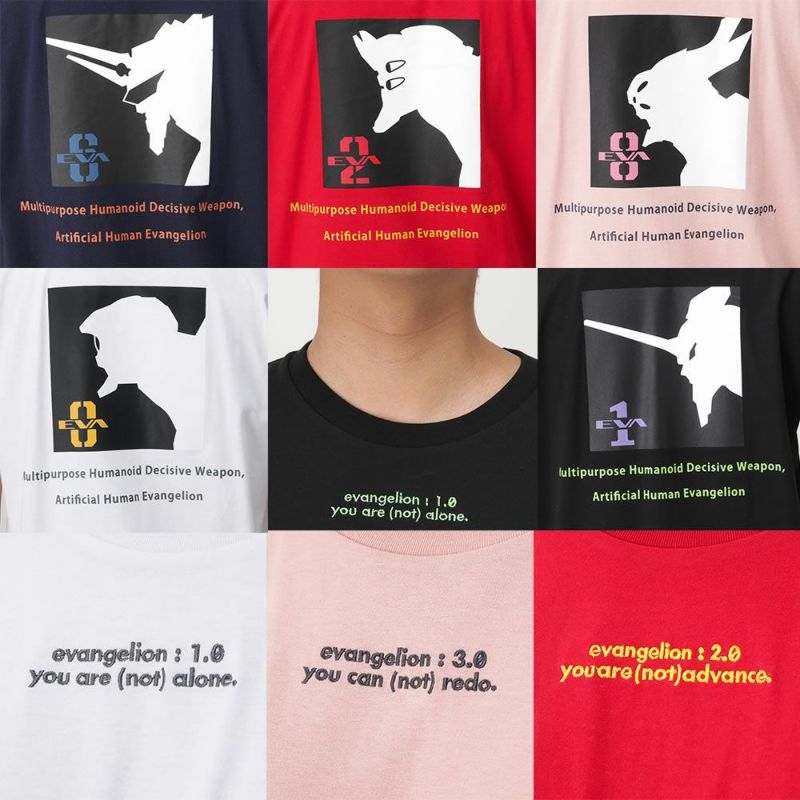 Off the bat, these shirts are primarily back printed which isn’t appealing to everybody. On the front, each opt for embroidered text of one of the three released Rebuild movies, and on the back, you get a white silhouette of one of the Evas along with the quote ‘Multipurpose Humanoid Decisive Weapon, Artificial Human Evangelion’. Which, thinking about it, kind of gives away the secret doesn’t it? Most people have seen the show by now. These Mac-House designed shirts will retail for about 3000 yen after tax.

There are actually a few more shirts and accessories that Mac-House is putting out in this Evangelion collection. You have a pair of button-ups, one subtle and one plastered in screenshots, retailing for about 4400 yen. Other t-shirts include one based on the classic Operation Yashima where Misato had to take charge during a power-out, and one simply filled with shots of all the children. Those are front printed, so if you’ve rather rep Evangelion on your chest you have some options. We’re sure we won’t go longer than two weeks before more Evangelion apparel drops but again shouts out to these shirts for giving the robots their due.

You can view, and purchase from, the full Mac-House Evangelion line here.