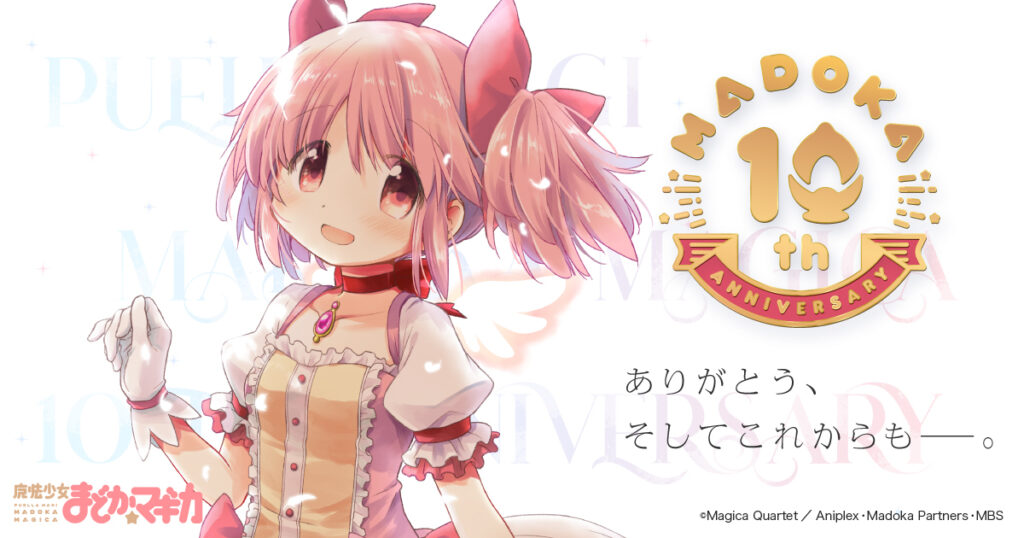 Puella Magi Madoka Magica celebrates its 10th anniversary this year and kicked off the celebration on Thursday by opening a new website.

The magical girl anime series first aired on 7 January 2011. It completely deconstructed the genre with its story of bickering, jaded magical girls fighting a hopeless battle against witches. The plot twists (killing off main characters, revealing the dark truth about cute magical girls and witches, etc.) were shocking and helped make the show fascinating to watch. No Kyubey, I don’t think we want to be magical girls.

The 10th anniversary website features congratulatory comments from the staff, and a new commemorative illustration from character designer/illustrator Ume Aoki. Starting on 14 January, other illustrators and manga artists will release new illustrations on the website.

Director Akiyuki Shinbo states (translated): ‘It has been 10 years since Madoka Magica started as a TV series in 2011. Thank you to everyone who has supported us so far for 10 years. And thank you for your continued support. It would be great if we could start moving again on the 10th anniversary!’

Aoi Yuki, Madoka’s voice actor, states: ‘Thank you for loving Puella Magi Madoka Magica for 10 years. The crush I felt when I met Madoka 10 years ago and the various emotional movements I received when I was performing are still the energies that are indispensable for forming me as a human being. I’ve grown up completely, so if I look back on it now, I wonder if new impressions will be born. I wanted to look back. I would be very happy if Puella Magi Madoka Magica continues to exist in your heart.’ 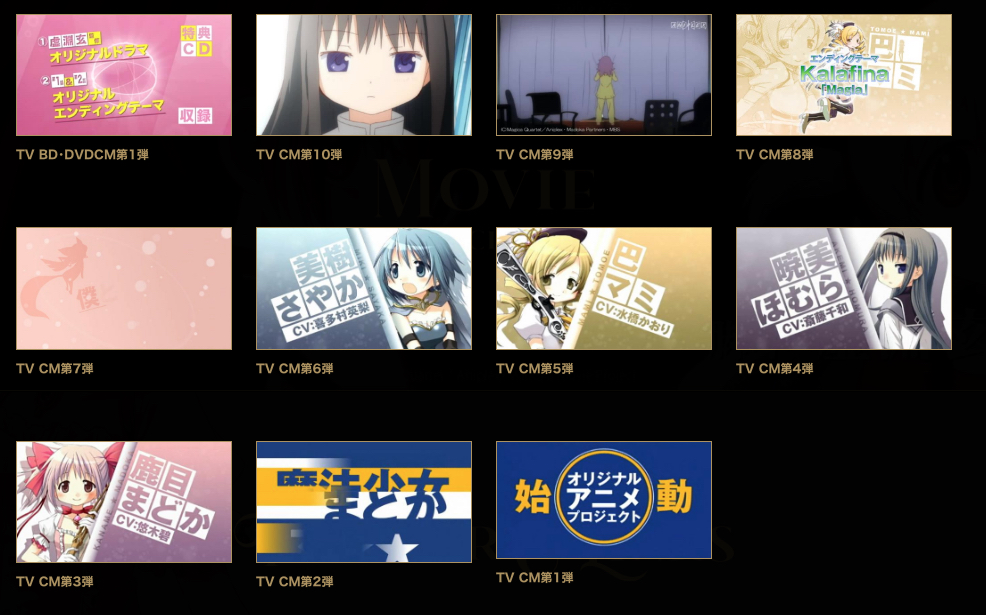 The website also includes information about the history of the series, links to to the series on Twitter and elsewhere, and a large collection of promo videos, TV commercials, and other videos. Aniplex apparently region-locked some of the videos, but I was able to click on some of them.

Crunchyroll has both dubbed and subtitled versions of the original series. It’s also on Netflix, Hulu, and Funimation.

The Nihilistic Nightmare of Madoka Magica