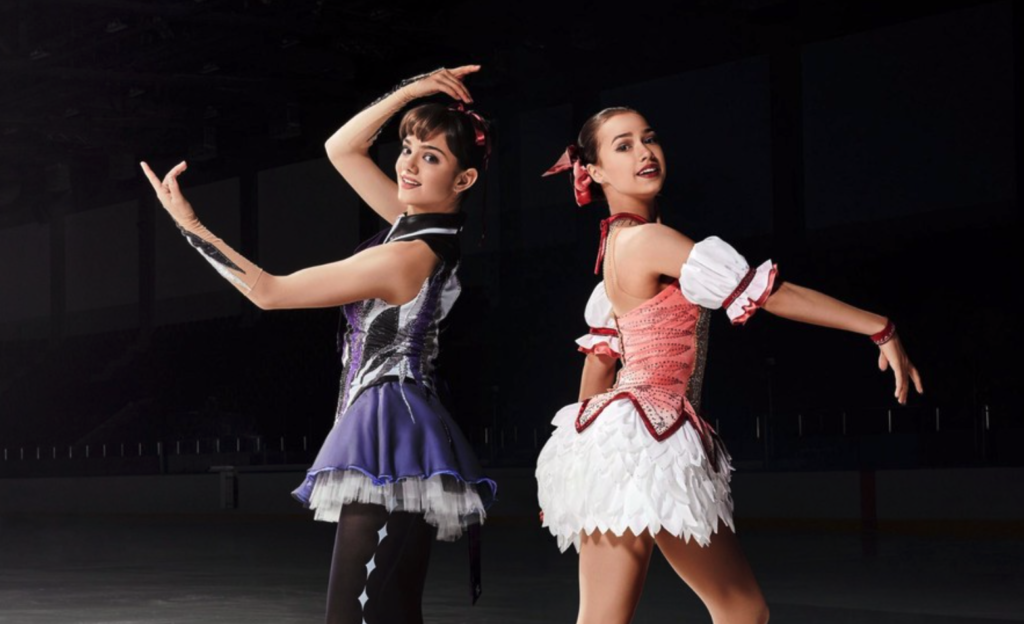 Yuri on Ice was undisputedly the most popular anime of 2016, and not only received a lot of praise within the anime community but with audiences of people who wouldn’t necessarily watch anime normally. The show’s focus on figure skating also drew the attention of professional figure skaters from around the world who praised the show’s depiction of the content while also earning them a slew of new fans in the lovers. What does that have to do with Madoka Magica, you may ask? Well, in order to promote a mobile game based on the series, Puella Magi Madoka Magica Side Story: Magia Record, two Winter Olympic medal-winning ice skaters were brought in to film brand new TV commercials for the mobile game.

These two 15-second and 30-second TV commercials feature the 16-year-old Winter Olympic gold medal-winning Russian figure skater Alina Zagitova alongside silver medal-winning skater Evgenia Medvedeva as Madoka Kaname and Homura Akemi respectively. Each of these skaters perform a special ice-skating routine themed around the reunion of Homura and Madoka while wearing special outfits designed on each character’s magical girl outfits from the anime.

This is actually the second time that ice skaters have been brought in for a commercial for this mobile title, with Zagitova having previously appeared in a different commercial for the game around the 1st anniversary. These new adverts, however, see Medvedeva make her first appearance in a Japanese commercial.

Considering many of the themes of the Madoka series and the growing interest in ice skating among anime fans partially due to the success of Yuri on Ice in 2016, the use of ice skating for these adverts is a unique and eye-catching way to promote the game. Although the commercials won’t be shown on Japanese TV until Monday, the commercials can be viewed on YouTube above.