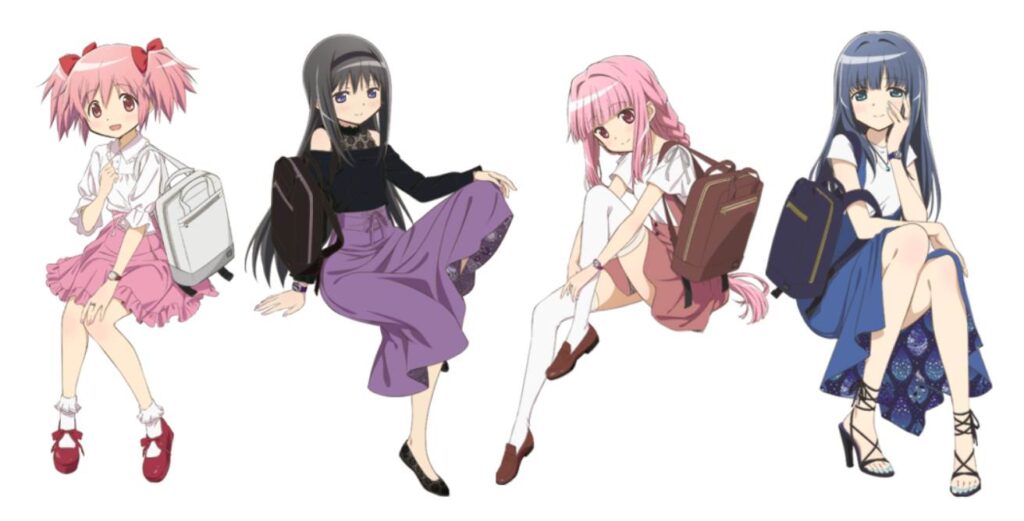 Subtle and stealthy Madoka Magica and Magia Record backpacks and watches are now available for pre-order, Kadokawa and EMooooN announced on Wednesday. 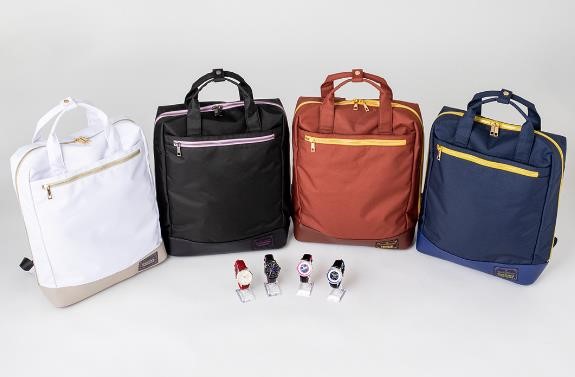 If you enjoyed (if that’s the right word) the anime series Puella Magi Madoka Magica, but never really got into the spin-offs, you’ll probably be more interested in the Madoka or Homura items. However, this collection also includes options for fans of Iroha and Yachiyo, the new main magical girls from Magia Record.

The four backpacks are pretty similar. Each one is subtle on the outside; they don’t scream ‘anime otaku’ at you.

Madoka’s backpack is white on the outside. Homura has black, which matches her style nicely. Iroha’s backpack is a reddish-brown color, while Yachiyo is dark blue. But, when you open one up, it just explodes with symbolic patterns and color. 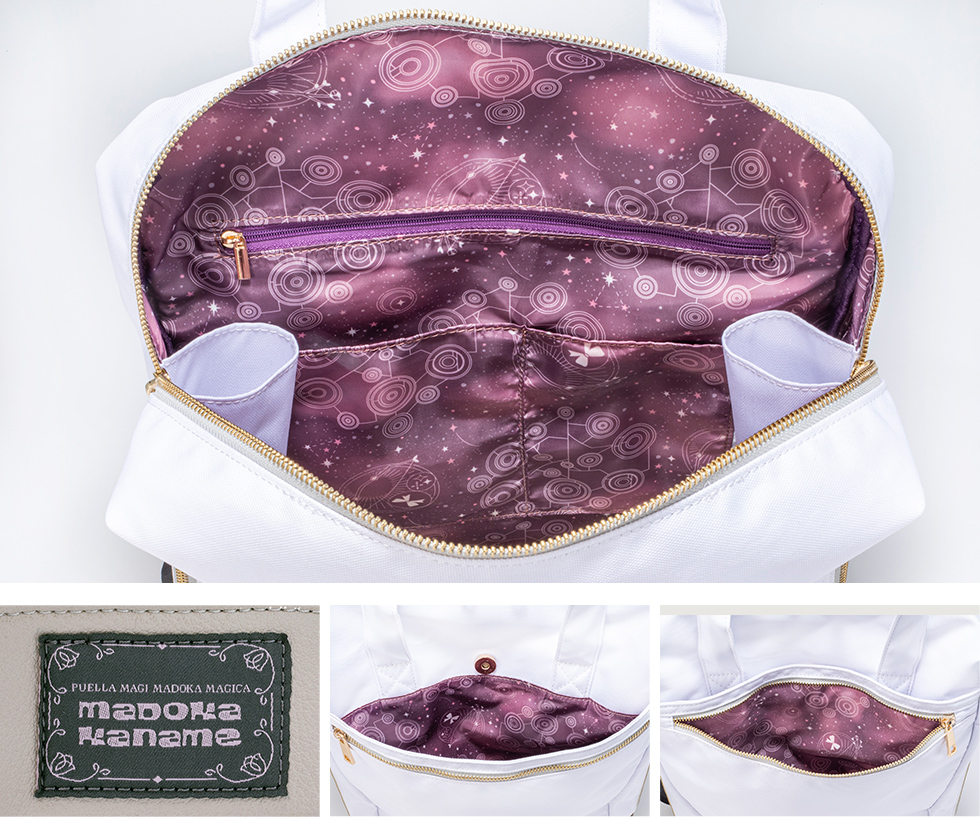 Each backpack also comes with an acrylic keychain featuring the specific girl wearing her backpack.

The watches are very tasteful and stealthy. For example, Madoka’s has a magic circle on the face, but it’s very unnoticeable. Homura’s has a time-travel ‘gear’ motif, while Iroha’s and Yachiyo’s feature their respective weapons.

Each watch comes with an illustrated acrylic stand featuring the girl modeling the backpack and watch. You can see more details at the Kadokawa Store.

Kadokawa will accept pre-orders through 23 May. Items will ship in September or October.