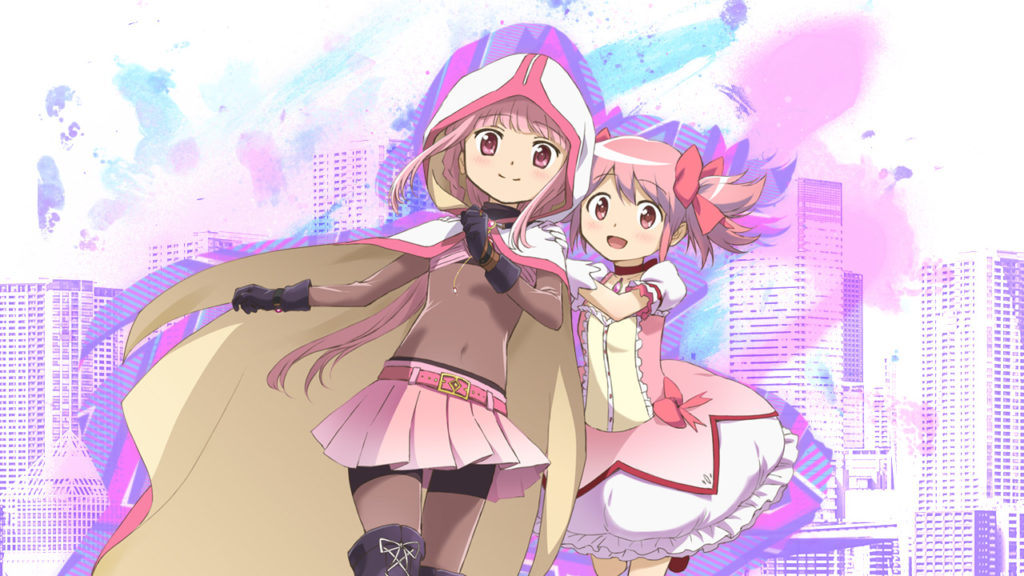 I first watched the original Madoka Magica series not long after it had finished airing, while I was still in high school. Thanks to an education system that funded it, I’d been able to pick up the flute and take part in my school’s orchestra through lessons that would otherwise be unaffordable. This orchestra wasn’t big, with their biggest stage being some bi-annual school concerts and the occasional field trip abroad which acted more as an excuse to visit theme parks than to perform in public parks. Nonetheless, I became pretty decent at the flute during my school years, and my love of the series made it inevitable that I’d attempt to play some of the more prominent themes from the series as my abilities improved.

My experience with an instrument is partially why I always paid attention to the music of Madoka Magica, and some of the musical inspirations behind it. Yuki Kajiura, the composer for the original series as well as the Madoka Magica movies, took major inspiration from European classical and romantic period music, alongside traditional folk music, to create the rich tapestry upon which the series’ story can shine, elevating the story being told in the process. 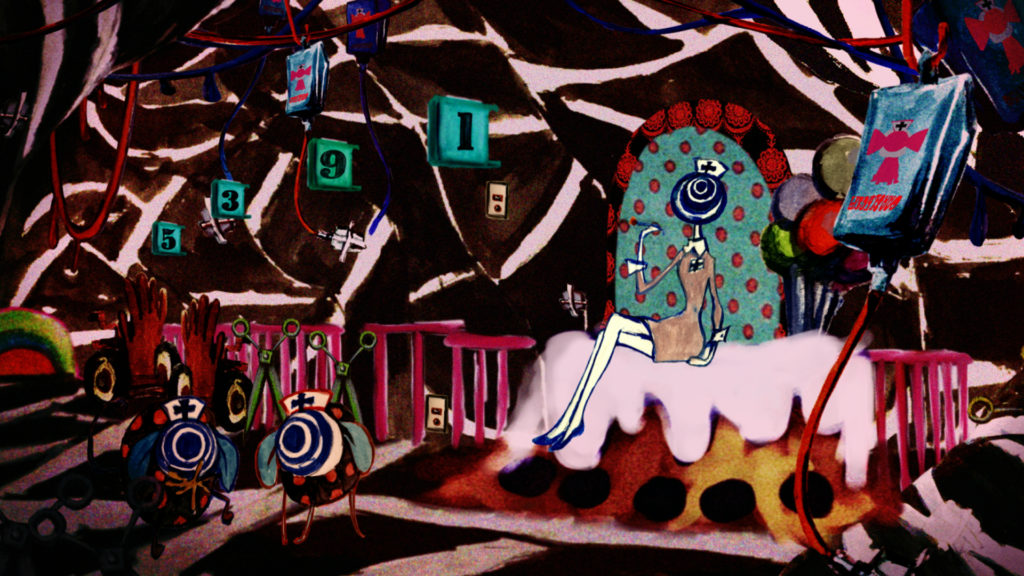 One such inspiration for the soundtrack can be found in European folk music. Similar to how Gekidan Inu Curry’s art direction for the Witches took inspiration from animation techniques cultivated in the Czech Republic and Russia during the 20th century, you can find similarities between the music representing the witches and traditional Czech and Russian folk music. Fairy tales would often be shared and passed on for generations as tales of princesses and magic would be told through music.

Madoka’s soundtrack is dominated by string instruments such as the violin, as well as woodwind instruments like the clarinet, piccolo and my beloved flute, with a smattering of choir over the top in the composer’s fantastical language. Similarly, many famous traditional folk tunes from these nations are textured with similar string and wind instruments, chanting and singing accompanying small ensembles of musicians.

Just like these musical folk tunes, the soundtrack uses similar ideas to musically link the human world that Madoka and her characters exist within with the world of the witches, as seen in one of the series’ most prominent themes, Sis Puella Magica. This theme acts as a song representing the concept of witches within the series, if less so the witches themselves, often being played when Madoka or the other magical girls discuss the creatures among themselves or with Kyubey. You see this song similarly used within Magia Record for a similar effect, with the song used in the very opening episode of the series as the idea of magical girls and witches are re-introduced to the audience. The fact that this theme often accompanies expository moments of the series helps to make the witches and the worlds that Madoka and her friends stumble into more magical and fantastical. Discussion of witches in the land of everyday is almost like telling a fantasy story, in a sense. 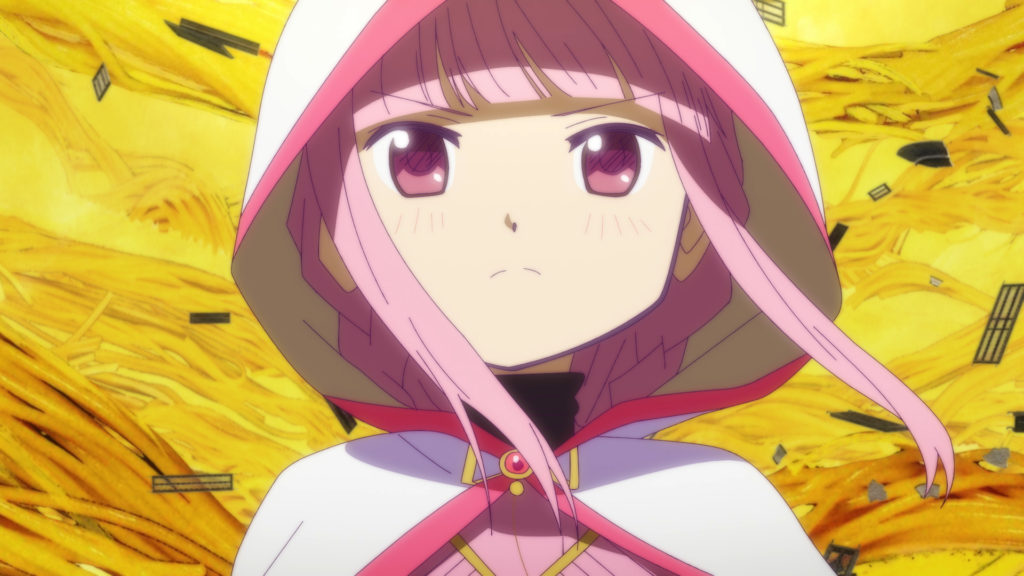 Many musical choices like these tie elements of the series’ art and sound direction together. With art and music for the show’s fantastical elements all borrowing elements from the same place and period, it allows the show to be more abstract and experimental with how it incorporates these elements into the show. A modern-day Japanese city and mid-20th century European animation couldn’t be further apart, yet this helps to bridge the gap between the two worlds for both the audience and our characters.

Madoka’s Classical Inspirations and Me

I’ve got to be honest, though, my familiarity with European folk music is minimal. The witches, however, alongside the music which comes to represent them, only account for a portion of the series’ runtime. The series more prominently focuses on how these creatures impact the lives of Madoka Kaname and her friends and the human cost of their existence on them, their relationships and the people they love. If the witches are represented by traditional folk music, this is represented by a rich tapestry of Romantic period classical music of which I’m more intimately familiar with.

Madoka Magica’s late 1800s-early 1900s European classical music inspirations aren’t subtle. Ignoring the Romantic-inspired pieces used to punctuate everyday scenes such as Desiderium, multiple prominent pieces in both the series and movies are musical works from the period such as Sergei Rachmaninoff’s Vocalise Op. 34 No. 14 as performed by Kyosuke Kamijo in the show’s first series on the violin. 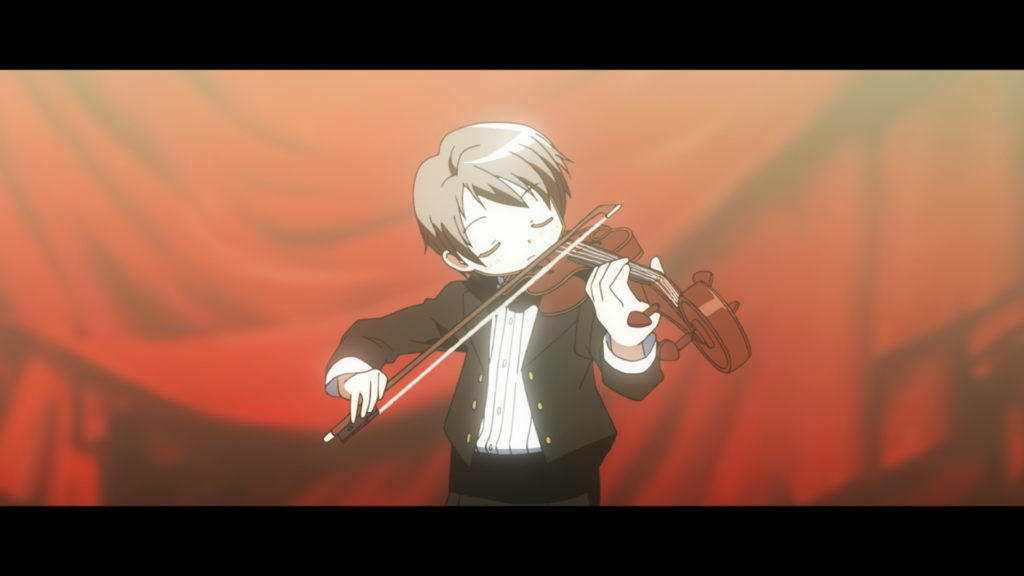 By coincidence, around a year after I first saw the series, I was asked to learn this particular piece for the flute as a way to improve my ability to project my sound further as I played. I remember this piece being described to me at the time as a piece that captured the highs and lows of love and life, the song representative of a person’s failure to make a romantic relationship work out while representing feelings of unrequited love.

Now, at the time I was barely a teenager. I can’t say I understood what they meant by these words and feelings at that time. I actually forgot them altogether until I rewatched the series before Magia Record’s release, and the song’s familiarity not only helped me to remember what they had said to me but also allowed me to finally understand what these words meant, through the context of Madoka Magica.

The scene in which this classical tune was heard within comes as we’re introduced to Kamijo, the boy Sayaka Miki is in love with and eventually creatures a contract with Kyubey for as she wishes to heal his injuries so he can return to playing the violin. She brought a CD featuring a performance of the song, yet hearing the song with his injuries only brings him pain. Rather cruelly, as the song implies, shortly after this wish is granted and he can play again he enters a relationship with Sayaka’s best friend. This eventually sends her into a spiral of despair which sees her turn into a Witch.

Magical girls are built upon foundations of admiration and adoration, the entire genre built upon the joy and salvation the image of a magical girl can concoct. Taking pieces from the romantic period, a period less exclusively focused on love and more on emotion as a concept as represented through music, which exemplifies both this idea and the ways in which it can be twisted works to enhance the development of the characters within it. Vocalise Op. 34 represents Sayaka’s repressed emotions in the same way another era piece utilized in the series and performed by the same character in Sayaka’s presence, Ave Maria, contrasts. The meaning when performed in a religious context refers to both miraculous acts of gods and a request for forgiveness from the Virgin Mary for the mistakes of the person who made the prayer. Rather fitting, considering Sayaka’s circumstances. 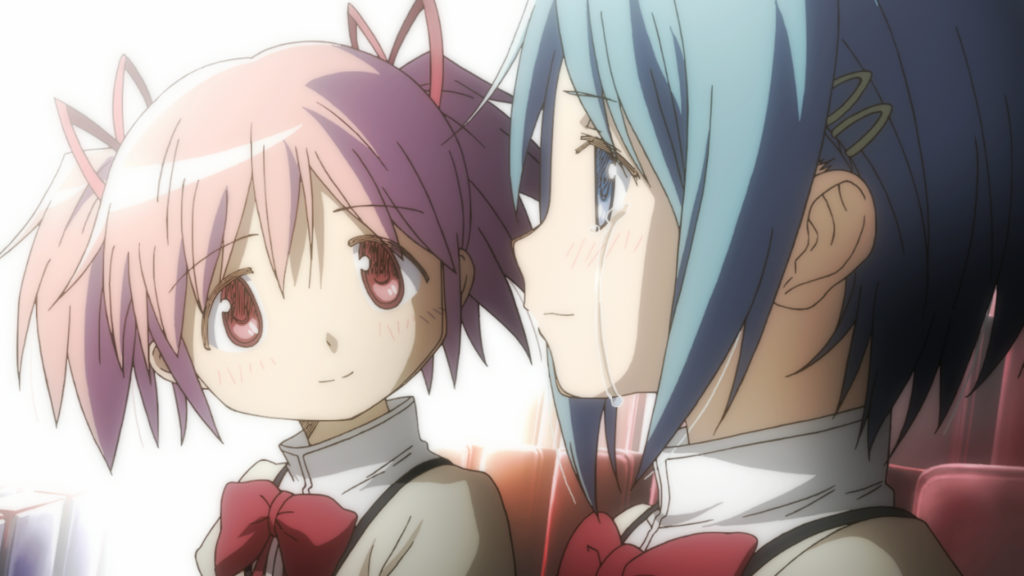 Bringing the Music of Madoka Magica Together

Puella Magi Madoka Magica has always been a series that has meant a lot to me as a series, with a story that left me hooked from moment one. Though its clever storytelling and economic use of the show’s short runtime which leaves every second of the series serving a story purpose, it’s Yuki Kajiura’s music which brings elements such as the unique witch designs, interesting world, and in-depth character studies together, enhancing these moments in the process.

A musical background and knowledge of the inspirations behind the soundtrack aren’t necessary for the soundtrack to have its desired effect. The point of using wind and string instruments and going for a brisk, folksy tone with the likes of Sis Puella Magi is to create a sense of mystique. The instruments are often found in fantasy settings anyhow, after all. Contrasting it with more standard background songs for the daily life segments makes sense to separate the world of the witch’s labyrinth from Mitakihara City in the minds of the viewer. Meanwhile, pieces like Ave Maria and Vocalise Op. 34 can evoke the desired emotions from a viewer without having to be intimately familiar with their creation or history.

Yet perhaps that’s Kajiura’s magic touch. By bringing together these various inspirations and transposing them onto this series, they have succeeded in creating a soundtrack that not only enhances the story being told and stands strong as an enjoyable album of music. It’s a soundtrack with many layers that can be gradually peeled away for greater appreciation on multiple viewings, leading fans further and further down the rabbit hole with each examination. 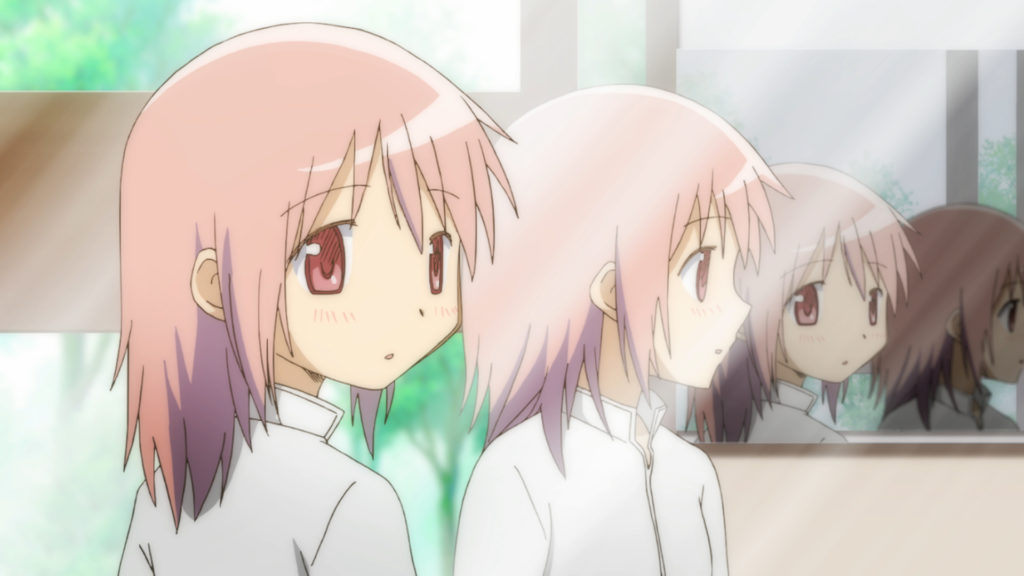 Kajiura’s Madoka soundtrack connected with me enough when I was younger partially mostly because I loved how it sounded and wanted to try playing the songs for myself. Even writing this column now, I wish I still had the capabilities to pick up an instrument and give it a go. Just as the story of the series foretells, the soundtrack brings the worlds of the witches and the magical girls together around the fate of a single girl, orchestrating their battle and the human cost to Madoka and her friends in equal tow.

That’s what makes the Madoka soundtrack so special. Kajiura builds upon the musical legacy of the past while creating something new in the process, and the result is something truly special, even 9 years on.