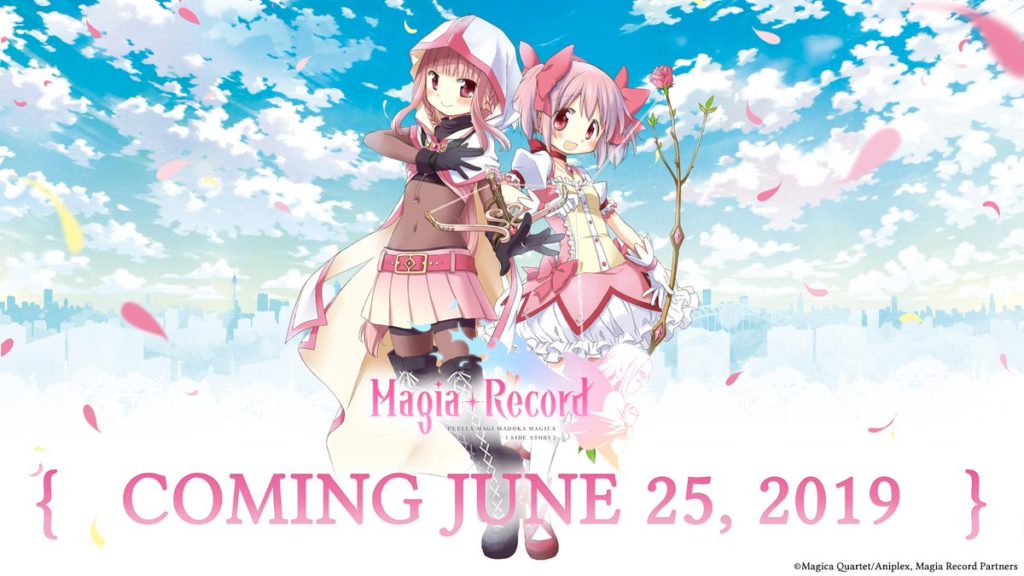 Not only is Magia Record: Puella Magi Madoka Magica a mouthful, It’s a very successful mobile game based on the smash hit Puella Magi Madoka Magica. Magia Record has been running in Japan for a couple of years now and it shows no signs of stopping. There’s even an anime adaption coming down the pipeline that has fans of the series, who’ve been clamoring for more content since 2013′ Madoka Rebellion film, thirsting.  The game was announced for English release around a month ago and we knew it was supposed to be coming out this summer. Thanks to its official Twitter account, we finally have a June 25 date.

"The next Magical Girl to unravel the mysteries of Kamihama City is Tsuruno Yui!

“There’s nothing wrong with acting on the fly!”

Magia Record is now accepting pre-orders on both iOS and Android. If they reach 20,000 soon Homura’s glasses will be available for all players at launch.  Like the enormously popular Fate / Grand Order, this mobile game features especially high production values with a lot of people who created the original anime at Shaft contributing art and animation for it. There’s a dense story, new witches and magical girls, and exciting RPG gameplay. It was developed by f4samurai, and the producers not only got Shaft but even the legendary composer Yuki Kajiura to return for the project.

Some younger fans may not have seen Puella Magi Madoka Magica as it aired a full 8 years. However, like Neon Genesis Evangelion or Cowboy Bebop, it’s absolutely required watching for any anime. I don’t want to throw around the overused word ‘deconstruction’ but while it may look like any other magical girl show on the surface, people who’ve watched it know its anything but. It features some of the most impressive visual direction anime has to offer and its story takes turns no one could have ever expected. It’s currently on Crunchyroll and Hulu.