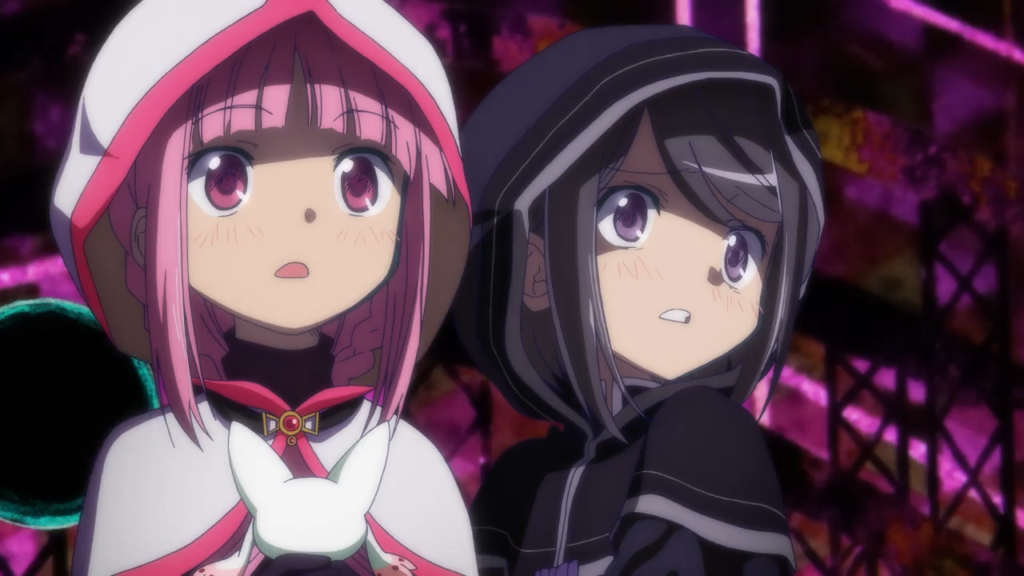 Returning to TV screens after 9 long years and in animated form for the first time since Puella Magi Madoka Magica: Rebellion in 2013, the premiere of Magia Record episode 1 was much-anticipated by anime fans as the return of a classic anime series to screens following a long absence. Though the series had remained relevant through spin-offs in other media and the continued high praise for the seminal work, it’s fair to say that Magia Record, despite being an adaptation of one of those aforementioned spin-offs, is the first major piece of work within the series since Rebellion’s cinematic outing. 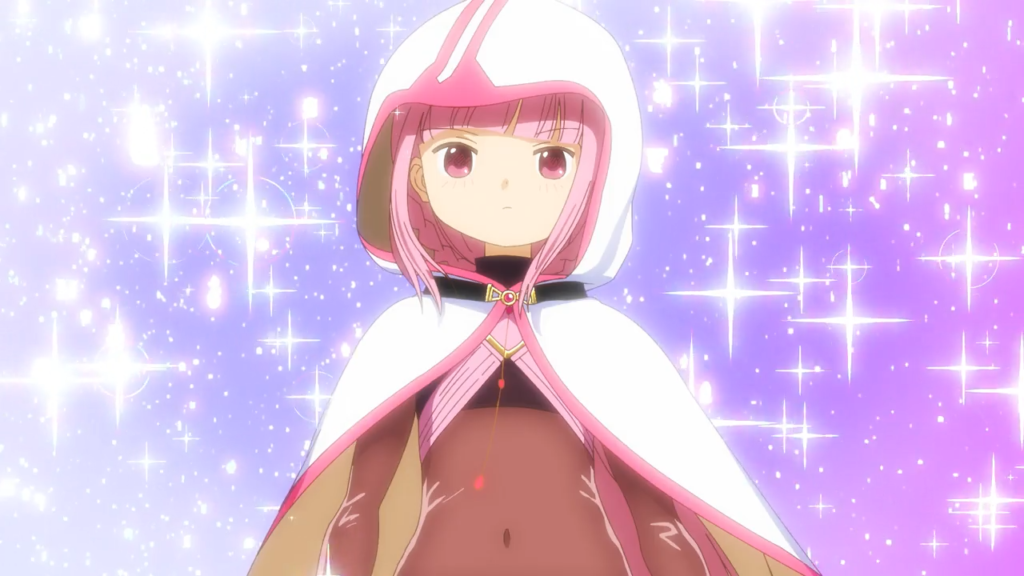 Magia Record: Puella Magi Madoka Magica Side Story is an anime adaptation of the free-to-play mobile game based on the popular series which was first released in Japan in 2017 before receiving an English-language release in the US last year. The game is an alternate-universe story taking place in the new location of Kamihama City, with a brand new cast of characters taking center stage. Key tenants of the original story remain, such as the concept of magical girls themselves within this world alongside witches, but this is, for the most part, a new tale. Not only that, even for those with familiarity with the original works, Magia Record episode 1 is airing many years after its conclusion, making it likely that even fans may be forgetting aspects of how the universe of Madoka Magica functions.

With this in mind, and with a new-look team at the helm, Magia Record has a tall task ahead of itself. With high expectations, a necessity to introduce a new generation of fans to the world of Madoka and a need to reacclimatize older fans, has Magia Record succeeded at creating an opening episode reminiscent of what made so many people fall in love with the series in the first place?

Magia Record episode 1, while a strong opening episode to the series nonetheless, is definitely a slower introduction and of a lower quality than what the series has set for itself in the past. Much of the episode feels like it exists in order to allow the new-look team at SHAFT to acclimatize themselves to creating a story in the world of Madoka, as much as it is an episode reintroducing key older concepts and beginning a brand new tale about a new group of magical girls.

As I mentioned in my preview for the series, much of the team working on the series are either taking on new responsibilities within the anime’s production or are working on the series for the very first time. Key names such as Akayuki Shinbo and Gekidan Inu Curry have returned with different roles within the production. Shinbo, who previously worked as a director on the first series, is instead acting as animation supervisor for Magia Record, while Doroinu from Gekidan Inu Curry has been promoted to the role of director. Composer Takumi Ozawa is new to the project, and many others are working on Madoka for the first time. 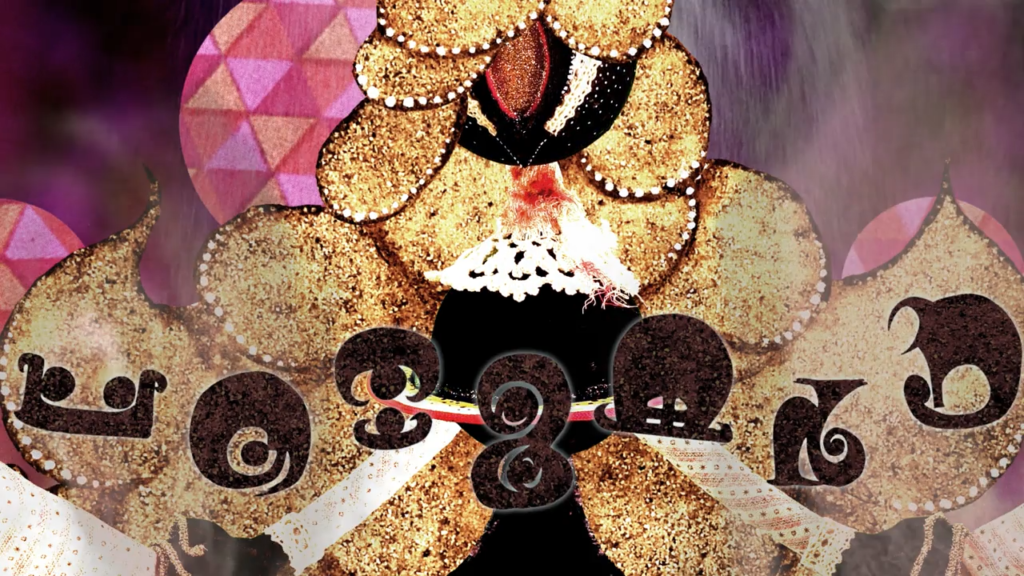 This results in an opening episode that serves to reassure both the staff in charge of the series and nervous fans unsure about this new creative staff alike that the series is in good hands. The opening moments of Magia Record episode 1 serve as a major callback to the original series in almost every aspect of the production. The first spoken dialogue of the anime is from the disembodied voices of girls explaining the rules of the universe under the guise of exploring rumors about magical girls. One of the most recognizable pieces of music in the soundtrack for the original series, Sis Puella Magi, a haunting tune featuring vocals in a made-up language over an at ethereal instrumentation, drones underneath. The imagery of soul gems appear before we’re quickly taken to the witch’s labyrinth to fight a witch; all of this occurs before even a minute has passed. Iroha even saves a cat who looks eerily similar to Kyubey before we learn it’s just a normal cat!

It’s as though the anime is screaming to the audience that this is the return for the Madoka series, bombarding us with these recognizable icons before we even fully understand what’s going on.

This is a double-edged sword. While this early dose of nostalgia ensures your attention remains for the ensuing expository dialogue and clearly explains the show’s premise, it can feel over-reliant on the past. By drowning itself so early on in imagery and sounds from the original series it brings about an inevitable yet unfavorable contrast between Magia Record episode 1 and the original series. 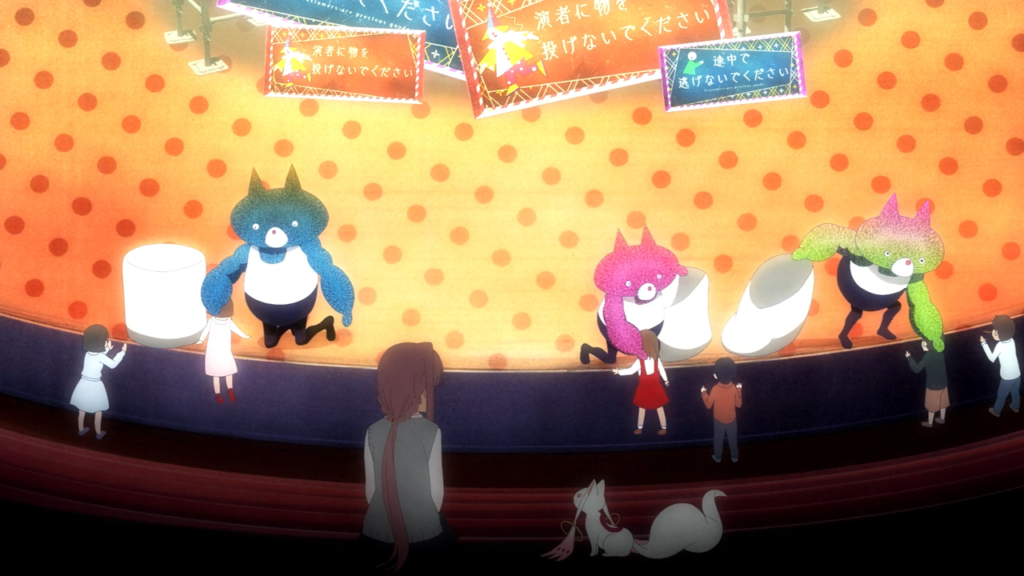 The animation quality is the biggest and most worrying issue in this regard. Simply put, the fluidity of action sequences and increased number of static shots in this new production feels like a step down when compared to the animated entries which came before it, while the striking scene composition and framing returms yet feels lacking and underwhelming. The re-use of older instrumental songs overshadows the new music, too, despite the new soundtrack being equally impressive. A strong emphasis has been made not to stray too far from established groundwork.

The issue, though, is that strong elements of the episode end up being unfavorably (and perhaps unfairly) compared to past works due to its insistence on recalling the past so frequently, rather than setting out a case for the series on its own merits.

Saying that the story set up within Magia Record episode 1 is perhaps where the series shines the most. For all the callbacks to the past in its structure and sound design, the story is exploring new ideas within the context of the series. 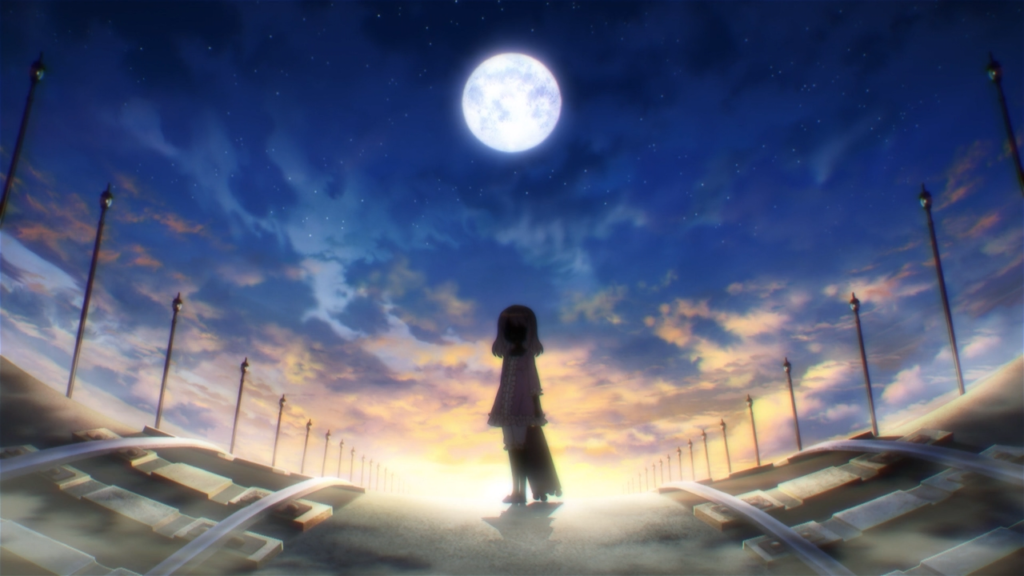 While the original told a story mostly centered around a story representing the hope and salvation that is often implanted on the stereotypical image of a magical girl, centering these ideas on Madoka and Homura, Magia Record episode 1 establishes a story more focused on the hopes and dreams of the magical girls themselves. Of course, what helped that original story shine the most was how the central idea was used as a stepping stone to tackle a broader range of ideas and human emotions, yet that’s perhaps what makes this episode so exciting! By starting from a different point, Magia Record holds the potential to tell a deep and exciting story that stands apart from the past incarnation.

A story focused on Iroha attempting to rediscover her wish to save her sister’s illness, alongside the concept of Kamihama City as a place of salvation and hope to escape from the reality of being a magical girl, has a lot of potential and I’m excited to see where this goes.

On top of this, when compared to the mobile game which inspired this series, the anime appears to be a much better introduction to its world and characters than that title. Giving the title a try recently was an overall frustrating experience (albeit one I wish to continue over the coming weeks). Within the anime, the mystery surrounding Iroha’s wish and Kamihama City are more intriguing due to being left vaguer within the adaptation. Even though these mysteries are solved by the end of episode 1, new mysteries are introduced just as quickly, and the story as a whole is much better paced within this TV adaptation when compared to its mobile roots, where ideas feel haphazardly introduced and rushed. The story has been changed structurally in the jump to TV and has improved for it, making the anime an ideal introduction to the game’s story.

Having been a massive fan of the original series, I won’t deny the sense of excitement I felt when I first loaded up Magia Record episode 1. The return of the Madoka franchise to anime has been a long time coming, and while it doesn’t reach the heights this series was able to achieve (to be honest, I didn’t expect it would), it was a welcome return to the franchise nonetheless. 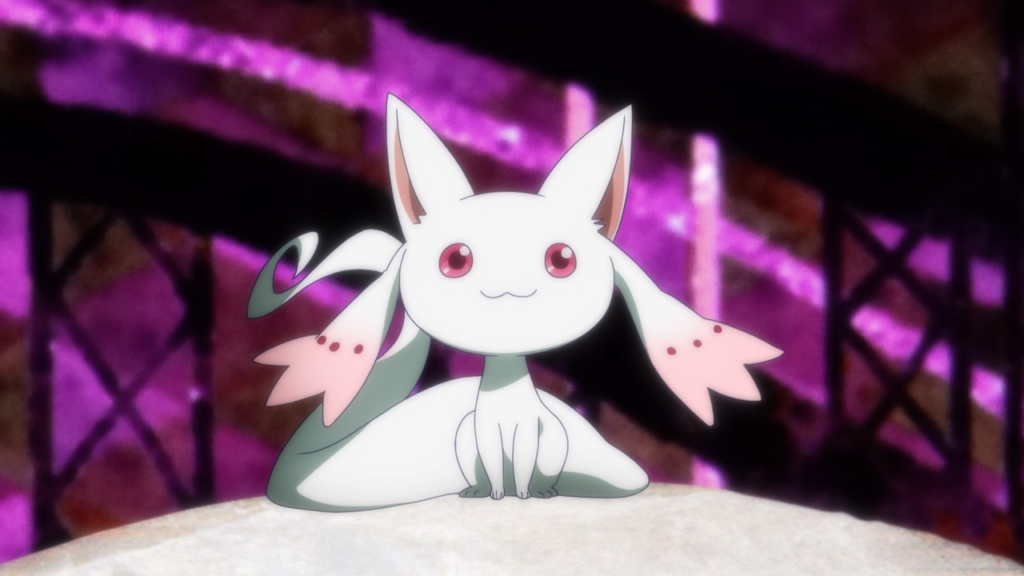 Whether the story will remain engaging over the coming weeks remains to be seen, but an intriguing premise has been set up that at the very least leaves me wanting more.

Magia Record: Puella Magi Madoka Magica Side Story is currently streaming on Funimation and will begin streaming on Crunchyroll and HiDive from January 11th.