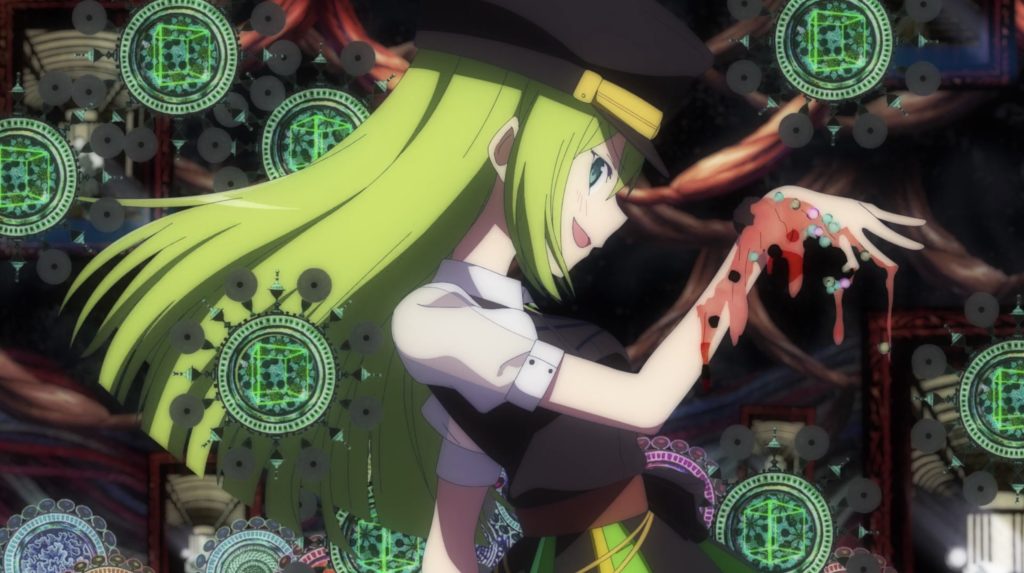 Last week’s episode, though not entirely detached from the rest of the series, felt self-contained and a break away from the structure we had become familiar with. The episode focused on the franchise’s key themes more-so than any episode of this series prior to it, as we followed the story of Futaba Sana, her wish, and her friendship with the Uwasa which gave both of them the hope they had once lost. With that story mostly told during that previous episode, Magia Record episode 10 focuses mostly on tying up loose ends and integrating a character quickly becoming one of my favorites in the franchise into our main cast.

Magia Record episode 10 is a surprisingly-intense episode considering this, matching the shows gradually more serious tone as we quickly approach the end of the Winter anime season. Yet it doesn’t take away from the interesting plot and character developments which take center stage. The episode feels packed with content and less so with the thematic exploration enjoyed last week, yet it remains engaging through the strength of its cast on all sides of the fight.

Morality in Shades of Gray 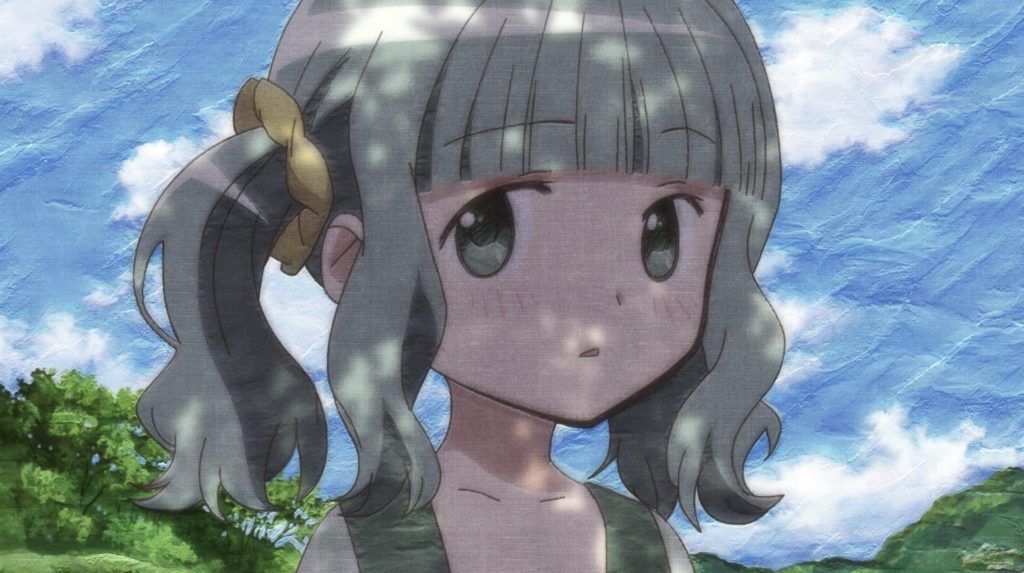 Just like last week, this episode is about Futaba Sana. It opens on a canvas-filtered introduction to her youth and family, one with a visual sense of calm yet a personal sense of unease that has haunted her since. Revisiting the closing moments of last week’s episode at the beginning of this, coupled with this flashback, is a great way of reinforcing the pain of Sana’s past as the catalyst for the chain of events that led to her loss of hope. The words of the Uwasa and her alternate self are a chance for Sana to move on and move towards a new future with renewed vigor.

One doesn’t suddenly recover from trauma in an instant, and this is the point that is most emphasized through the story being told. Sana may have taken the all-important first step by returning to the land of the living with Iroha and the other magical girls, but having been viewed as (literally) invisible for so long while being so low on confidence, to suddenly integrate and open up to new people is easier said than done.

These circumstances help to split episode 10 of Magia Record into 2 neat chunks. The first half of the episode is dedicated to closing off loose ends left by the destruction of the Uwasa’s labyrinth. This mostly takes the form of a large-scale fight sequence with the Wings of the Magius, with new antagonist from the group, Alina Gray, further establishing themselves as someone more sinister than those they work, beyond what we saw in their brief introduction last week. 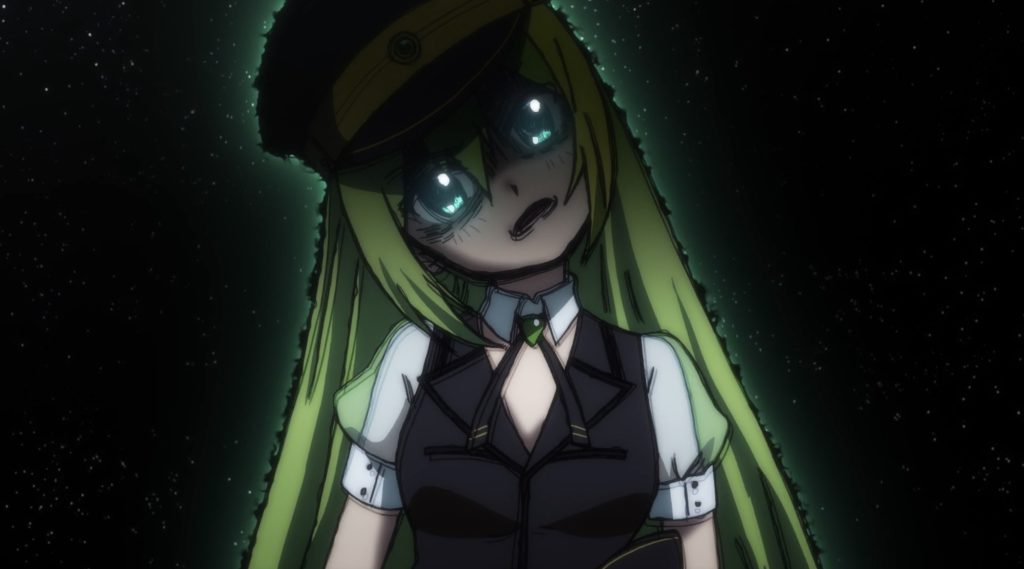 Admittedly this mostly serves to provide some action and exposition for the otherwise-low key episode, rather than having a specific purpose. At times it can admittedly feel difficult to care for the action on-screen with the Uwasa for the Endless Solitude arc having already been mostly dealt with last week. However, unlike action scenes in, say, episode 4, whose existence acted more as filler and an excuse to waste time, the development which occurs in this fight gives this action sequence in Magia Record episode 10 purpose.

While we saw the flamboyant, expressive yet evil side of Gray last week as she tried to interfere with Iroha’s rescue plan, with the Uwasa destroyed we’re introduced to their unrivaled anger. The thick outlines and glowing eyes give them an almost maniacal sight for revenge, giving the impression they’re willing to destroy anyone, even allies, to set things right and take out their frustration. While the Wings of the Magius were mysterious in terms of their aims, the people we’ve known so far were only a threat because of the creatures they controlled. There’s enough of a reason for Gray‘s character to exist solely in the way they lash out in anger during this episode. They’re dangerous in a far more terrifying way, by comparison. 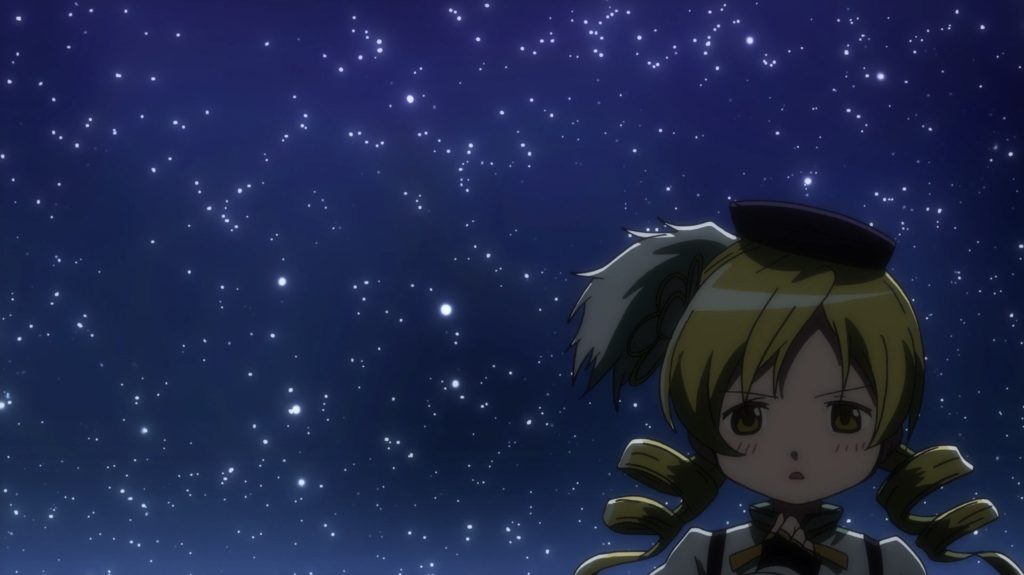 The bigger surprise is the return of Mami as a member of the Wings of the Magius. She defuses the fight in a way that saves the lives of all involved, giving her character the ambiguity of morality despite having chosen a side seemingly opposed to our main cast. Considering Mami’s almost longing reference to Madoka and Sayaka in the motivation for siding with the creatures which ultimately caused them pain, it leaves a teasing question hanging regarding her motivations and whether our main cast may be the misguided ones in their fight. The Wings may have a point, but it’s a question we’ll need to wait for answers for.

While this action sequence in Magia Record episode 10 is exciting, the animation is rough and it can feel a little aimless at times with the arc’s primary resolution occurring last week. Because of this, seeing the focus return to the themes discussed last week and the character of Futaba Sana is easily what makes this episode excel for me. 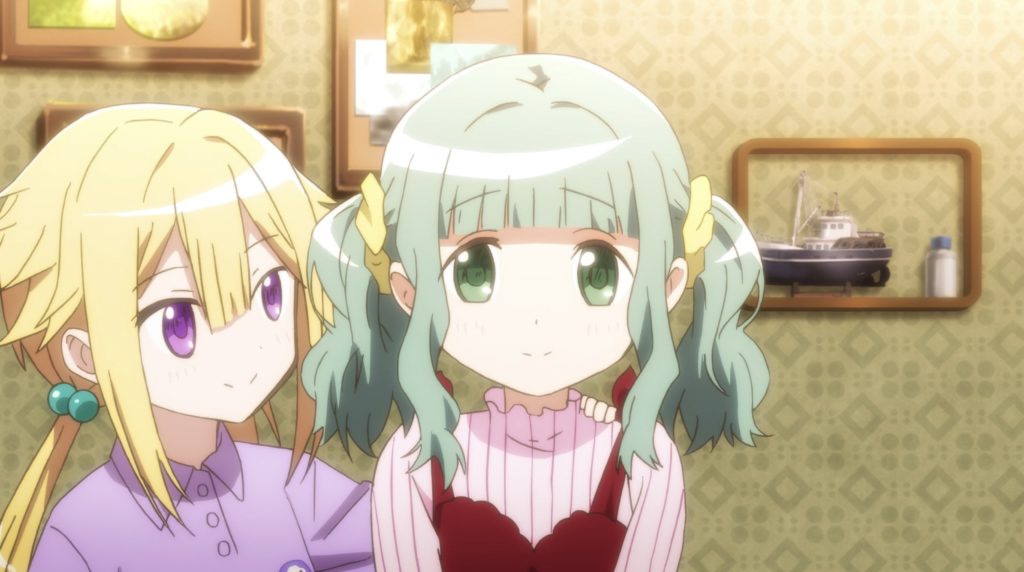 There’s an argument to be made that you perhaps don’t need half an episode of slice-of-life shenanigans between Sana and the main cast to establish the beginnings of their friendship. The cast is more than willing to open up the villa to a new resident, and considering Sana’s past life she almost has no choice. Aside from other magical girls, no one can see her, not even the family she visits in a creepy visual scene which confirms in her mind they’ve moved on from her disappearance; she almost has no choice but to stay with the only people who acknowledge her.

It’s more than welcome, though. Although the gradual warming up of Sana to the others is predictable, the adventure of buying cute mugs for each of them in order to feel at home cute and inoffensive but little more, I appreciate the predictable direction this takes and the emphasis it’s given. Where many shows would slip up by immediately pushing forwards, Magia Record is doing this to help Sana feel more at home with new people and the concept of making friends which was now alien to her. The Madoka series may be full of broken people in some form or another, but it’s rare we see the slow growth and self-improvement in the land of everyday, not driven by Witches and Uwasa, which is what helps enhance these scenes.

The regained hope she received last week thanks to Ai is put into use here, the Uwasa’s influence felt despite their death, which is what makes this hit so emotionally. Also, at this point in the series now we’ve truly embedded with the core cast of characters, just hanging out with them can embody the same feelings of returning home that Sana embraces as she realizes her feelings for her new friends. 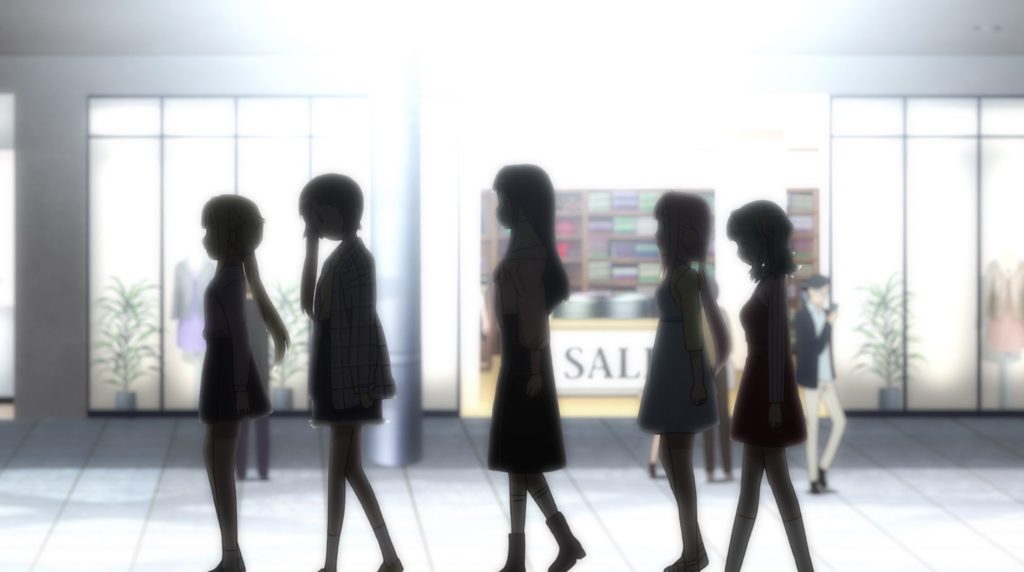 Admitting this, however, comes with a sting of dread. All is peaceful now, and getting to know Sana more and live alongside Iroha and the others is welcome and soothing, but this is Madoka Magica. Even if Magia Record episode 10 is able to exude this level of calm, we know as an audience that can’t last.

Just the thought leaves a lump in my stomach. I’ve become attached, and that makes me afraid.

Becoming attached. While a consequence of 9 episodes of character development and build-up, Magia Record episode 10 enshrines this in my mind, the attachment I feel a welcome and worrying reality from the time I’ve spent watching the show these past few months. 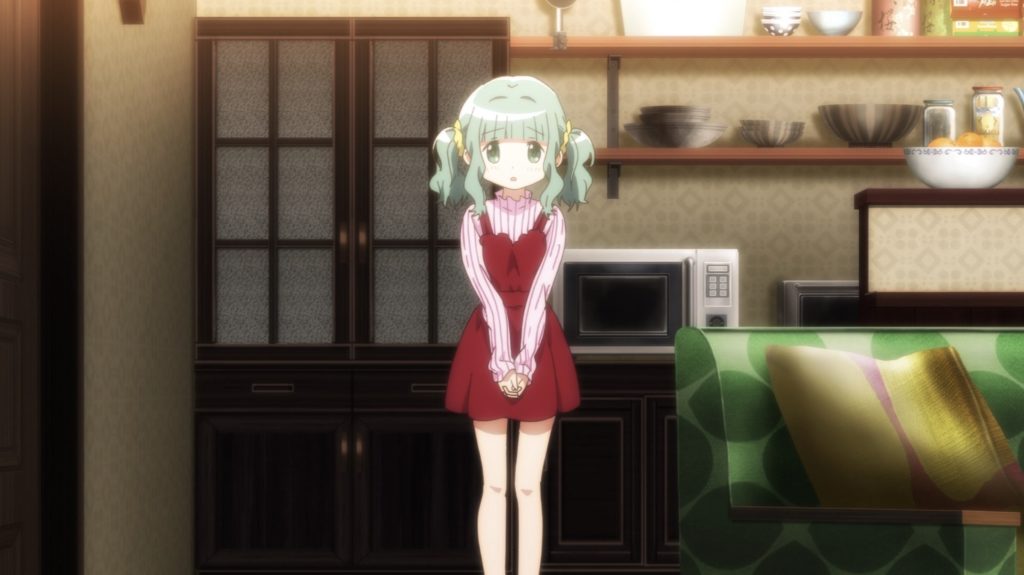 It’s a testament to the writing that Futaba Sana has not only been able to integrate so quickly into this established group but that her character has been so relatable she has already risen to be one of the most interesting of the series so far. Her struggles are ones she’s moving past slowly and I can’t help feel a sense of pride after seeing her struggle in the state she was in just last week.

As protagonists and antagonists are developed and lines are redrawn in the sand, Magia Record has arguably never been as good as it has been these past 2 episodes. Characters have been brought to the forefront and the path forward for finding out the truth about Ui’s disappearance and the Wings of the Magius and being set. The stage is set for the truth behind the events of Kamihama City to be unveiled, and I can’t wait to learn the truth.