Magia Record Episode 11 Impressions: An Escalation of the Conflict 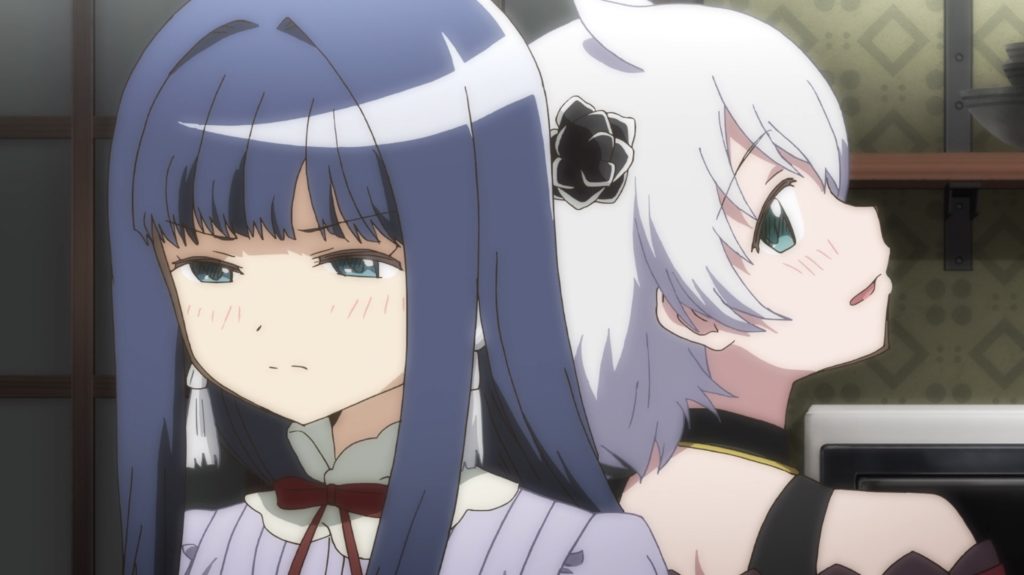 With Magia Record episode 11, the stage is set. The pieces are in place, the characters are established, and the different sides of the conflict are (in theory) now finally drawn in the sand. If you count the 10 episodes which preceded up until last week’s episode as the establishment of this alternate reality within the Madoka Magica universe, as well as its world and rules, this is the moment where you can feel a tonal shift, as well as a shift in the anime’s overall focus, from the episode’s opening moments.

This is a weird episode in a lot of ways. While it feels momentous in the sense that the story is escalating towards its next stage, not a lot happens in the grand scheme of things, and the pacing of Magia Record episode 11 is messy and sloppy. In many ways, this episode feels like it’s been created to establish next week’s content, a cliffhanger ending bringing everything together and leaving the door open for answers next week. In that sense, it’s difficult to judge this episode without knowing how next week is going to turn out.

‘I Would Do Anything’ 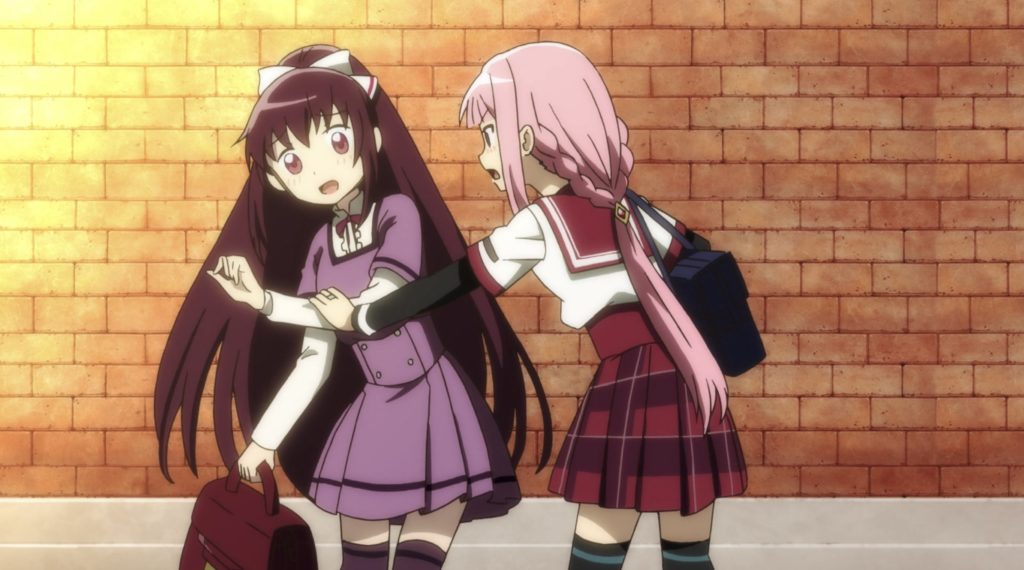 Perhaps the first thing that sets Magia Record episode 11 apart from everything which has come before it is the exploration of unexplored chinks in the relationship between the Wings of the Magius and the other magical girls of Kamihama City. Here we learn that, just maybe, the Wings of the Magius don’t view their antagonistic position in the same black-and-white terms that Iroha, Yachiyo and the other girls do.

The episode sets out this new perspective from the very opening scenes of the episode. We see Tsukuyo Amane playing the koto in a school club, the first time we’ve seen her both without her sister and outside of the group’s shadowy activities. This is an immediate reality check for the audience as we’ve never seen any of the members of the Magius group going about their daily lives, but perhaps the more surprising shift comes when Iroha visits the school to meet and speak to her, crossing the divide that separates the two camps in her idealistic search for her lost sister.

The search for Ui is the catalyst for a coming together of the two sides and the gradual unraveling of answers relating to the mysteries the series has spent the past 10 episodes establishing. Iroha confronts Tsukuyo not for a battle but a chat, asking about whether the Wings of the Magius know anything about the whereabouts of her sister and her friends, as well as whether they are a part of the mysterious organization.

‘I would do anything for Ui’s sake,’ Iroha pleads. 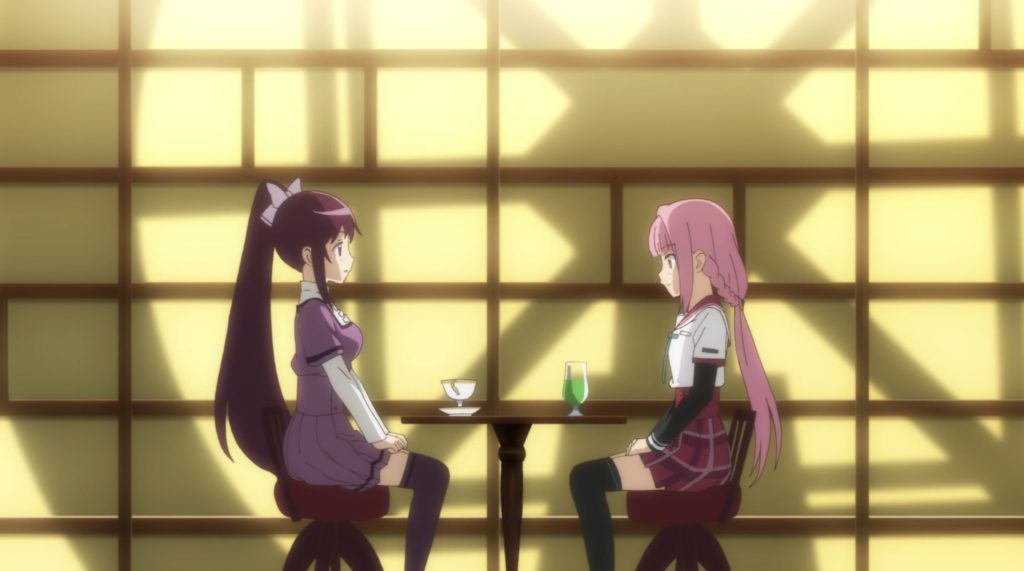 It sets up the possibility that the answers which Iroha seeks lie within the group that supposedly stands opposed to her. The groups have clashed and sought to harm each other on more than one occasion, yet here they sit on the same side in agreement with one another.

The dialogue between the groups is what gives Magia Record episode 11 its off-putting tone, further emphasized by Mifuyu’s visit to Mikazuki Villa to speak to Iroha regarding her earlier conversation with Tsukuyo. We already knew that she was once friends with Yachiyo and that they keep their past a secret from those around them, yet here she is extending an olive branch of potential camaraderie to the friends of her former comrade. She promises to allow the girls to learn what the Wings of the Magius mean by the salvation of magical girls, promising to explain how their control over the Witches could, supposedly, allow magical girls to be freed from their unfortunate fate.

To do so, they have to enter another rumor created by the Wings of the Magius, the Memory Museum. An abandoned building supposedly filled with old memories, rumors state that the building holds the power to alter the memories of those who enter. As well as altering current memories, the building supposedly holds the power to create new memories or bring forgotten memories to the surface. In this building, they’ll learn of the Wings of the Magius’ plans, and possibly the truth behind Ui’s disappearance. 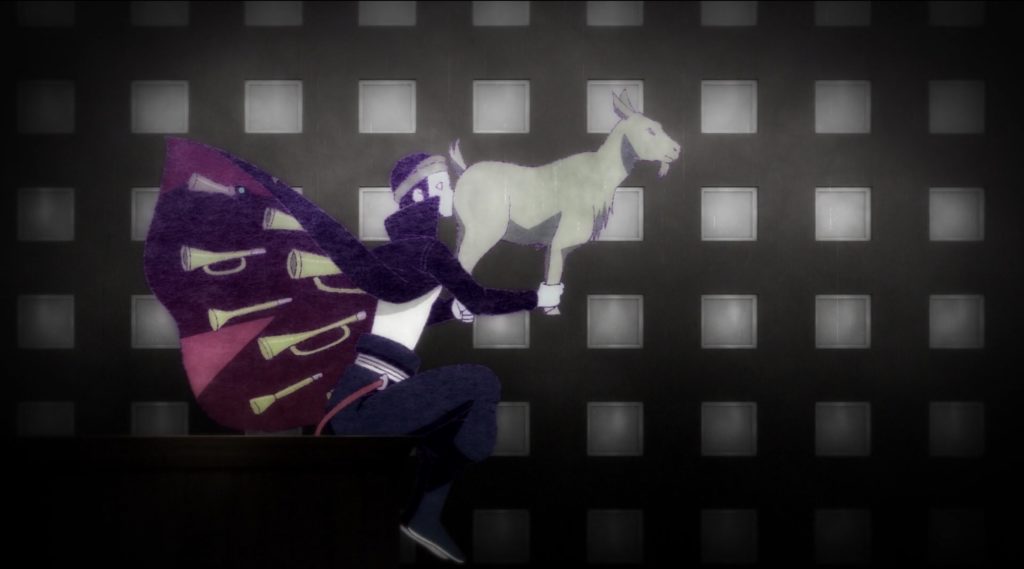 What’s most exciting about this potential meeting is that the ideas being discussed here could have much farther-reaching consequences on the world of Magia Record than anything which came before it. A far cry from episodes such as episode 4 where an entire week would be spent establishing a rumor of Kamihama City only for it to be resolved a week later, learning the truth about Ui and the Wings of the Magius could have consequences that will impact the entire trajectory of the series from here on out.

The magnitude of this is only further enhanced by the return of Momoko and Rena, characters which have only rarely featured in the series since their heavy involvement in early episodes related to the Friendship-Ending Staircase. The episode comes to an end with Momoka’s promise to Rena that she will what happened between Yachiyo and Mifuyu a year ago, a fate which has impacted all magical girls since their relationship irreparably changed. Based on other scenes in the episode I would speculate this could have something to do with explaining the transformations the girls undertake once their Soul Gem has been tainted in place of turning into a Witch, potentially giving audiences some much-needed historical context to Yachiyo’s hidden past in the process.

The issue is, for all Magia Record episode 11 sets up these intriguing questions which promise to answer questions the series has built up since its debut, without any forward momentum the story this week can feel lacking, an issue which isn’t helped by the episode’s poor pacing. 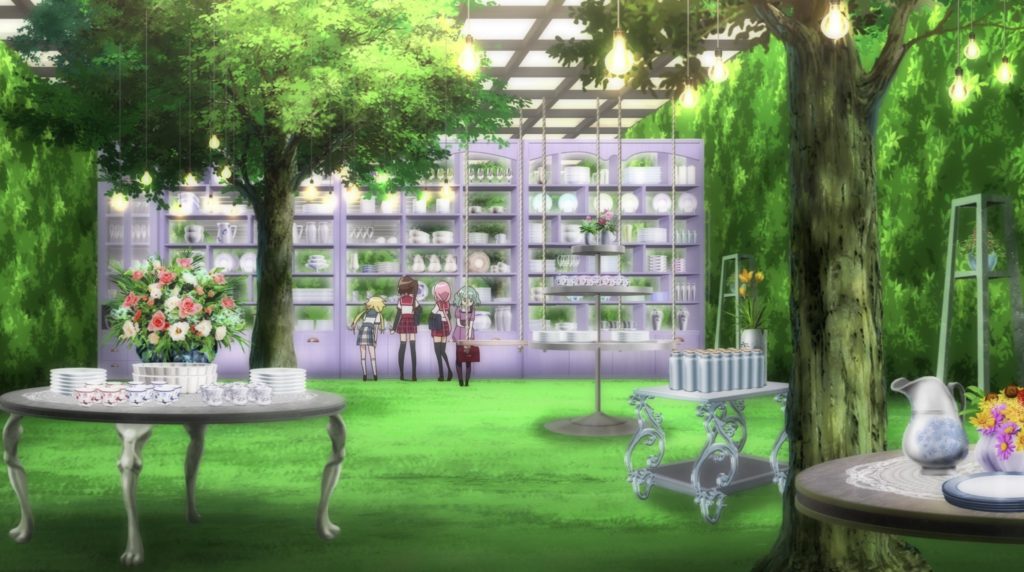 Tension is built up brilliantly during Iroha’s meeting with Tsukuyo, only for it to be instantly sapped away as the girls go on a no-stakes shopping trip to buy mug coasters for the mugs they bought last week. The excitement built up in these early moments is completely taken away by this unnecessary side story, and the quality of the episode is impacted as a result.

The sudden introduction of a Witch into this pointless search only makes things worse. The Witch’s inclusion is not only unnecessary, but the decision made by the creators not to animate the fight against the Witch also makes their interruption into the scene pointless and frustrating for audiences. No sooner has the Witch (one making a re-appearance from the original series) made its entrance are we soon whisked to their self-congratulating walk home to the Villa, celebrating a fight we as an audience never had a chance to see. The whole scene feels odd, especially without the inclusion of the fight itself, and my overall view of the episode would most likely be much more positive had the scene been removed. 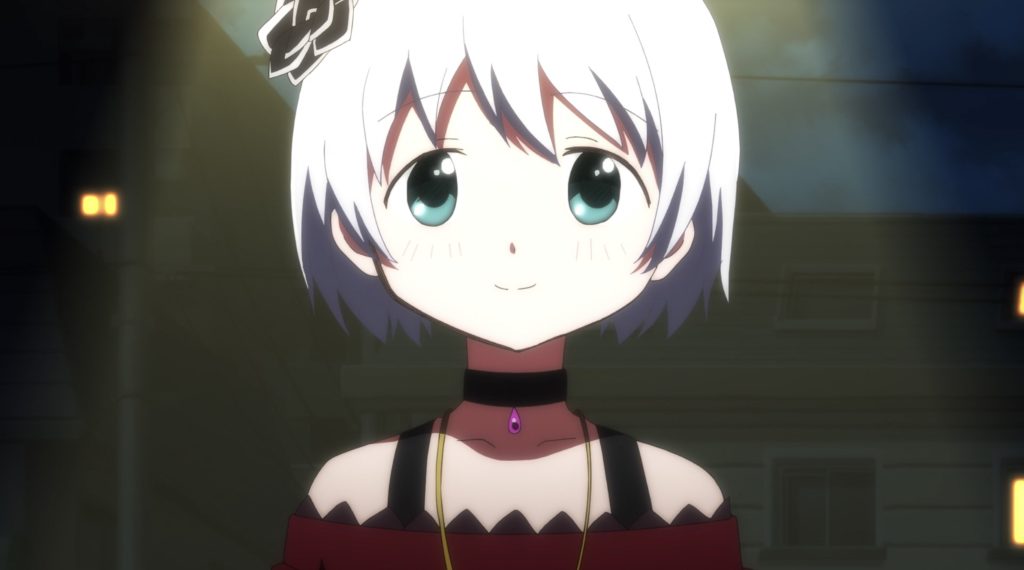 The tension built up through Iroha’s confrontation is gone because of this scene, and it dulls the impact of Mifuyu’s sudden, confrontational intrusion into Yachiyo’s home. It takes a while to get back into the rhythm of the episode and it reduces the shock of her appearance at the villa as a result. This is a momentous occasion where Mifuyu reaches out to the main cast, pleading with them to learn about their organization, yet I found the impact of this conversation dulled by the events which came before it.

Magia Record episode 11 is a slow episode, yet one which feels like an important step forward into a new chapter for the series. While I can’t say the episode was particularly great (the pacing is the episode’s biggest sin), it also feels difficult to judge the impact of the plot points this episode sets up and promises to answer until the foretold lecture about the Wings of the Magius occurs during next week’s episode.

Magia Record episode 11 does feel like a turning point, however. After 10 episodes of character- and world-building, it feels as though the true conflict involving the Wings of the Magius is about to begin, and that the answers which have been teased and alluded to for so long may finally be answered. 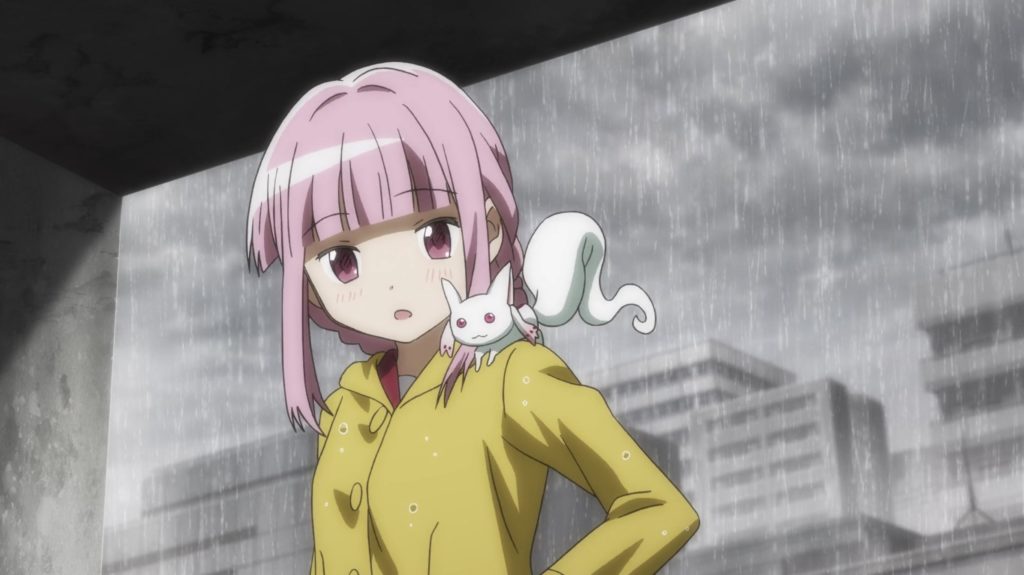 On its own, this week’s episode is mediocre at best. Yet it arguably leaves me more excited for what’s to come than many episodes that came before it. Even if the episode is rough around the edges, if I come away from the episode feeling like that, surely it must be doing something right?