Magia Record Episode 12 Impressions: A Blast From the Past In a New Perspective 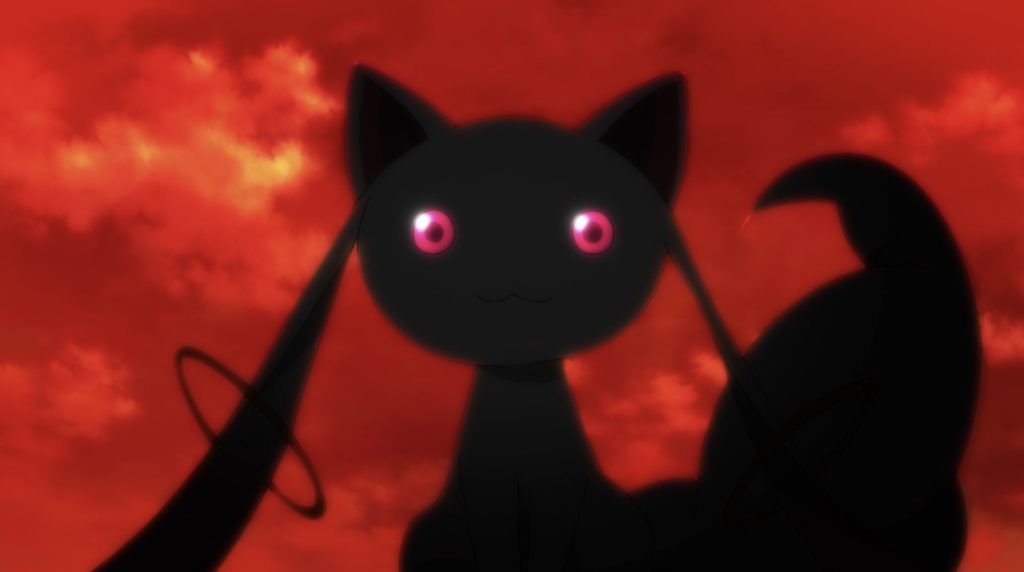 As last week’s entry into the series made clear, episode 12 of Magia Record is where the tone of the series takes a noticeable shift and the moment where the ‘main event’ of the anime’s overarching plot has begun in earnest.

Even at a moment like this, however, the show stumbles on its way to its overall objective and goals. I’ve been mostly positive on the anime as a whole, with the anime retaining the aesthetic brilliance of the series which inspired it while retaining a cast of interesting characters and the sprinkling of interesting questions and teasing droplets of information.

In the face of all this, however, is the anime’s lackluster pacing in places, and for an episode billed by the cliffhanger at the end of last week’s entry into the series as a massive expository game-changer of an episode, it falls flat until the episode’s closing moments due to how the plot is structured and paced. 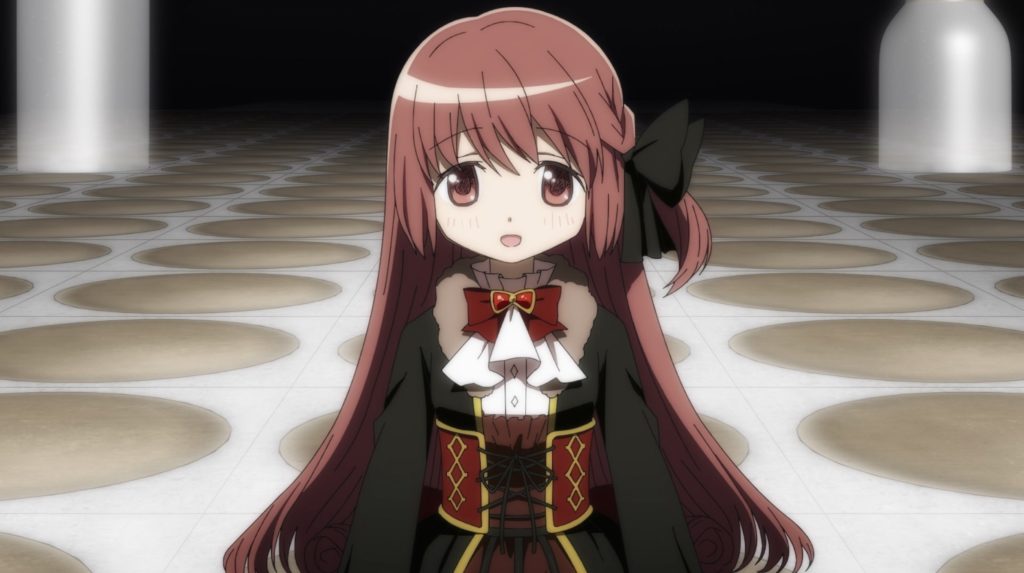 Episode 12 of Magia Record picks up exactly where the last one left off. The girls are separated and divided by the offer from Mifuyu and the Wings of the Magius to open their arms up to the group, explaining their goals and what they mean by the concept of salvation from the struggles of being a magical girl at a special gathering. Yachiyo, the most experienced of the group, is hostile to the offer and their appearance in her home at all, demanding they leave. The others, especially Iroha, desperate to learn more about her missing sister Ui and knowing that Ui’s friend from her resurfaced memories would be in attendance and leading the meeting, want to go to the lecture and learn the truth. This truth might help her learn the truth about Ui’s disappearance and the truth behind her existence in the process.

Last week’s episode ended with all the girls, bar Yachiyo, heading to the Memory Museum, itself the source of a rumor from the Wings of the Magius revolving around it is a place where memories are stored and can influence those who enter. The place is a perfect setting for a location that promises to explain the mysteries of the past and explore the truth behind everything going on. By explaining the past, this promises to bring together everything the series has spent so much time setting up and introducing.

You can sense the importance of the moment from the second our characters walk into the Memory Museum. The setting is bare, the only augmentation of the space being the cylinders that rise and sink into the ground (mostly for artistic effect), creating a wide-open space for our small group to congregate. Aside from Satomi Touka, who unfortunately for Iroha claims ignorance about Ui, this brings together almost every character we’ve been introduced to date for this pivotal moment. Aside from Yachiyo, only Rena, Momoko and Kaede are not inside the Memory Museum, but their meeting on a bridge covers the same information as this lecture, so we mostly only see their reactions. 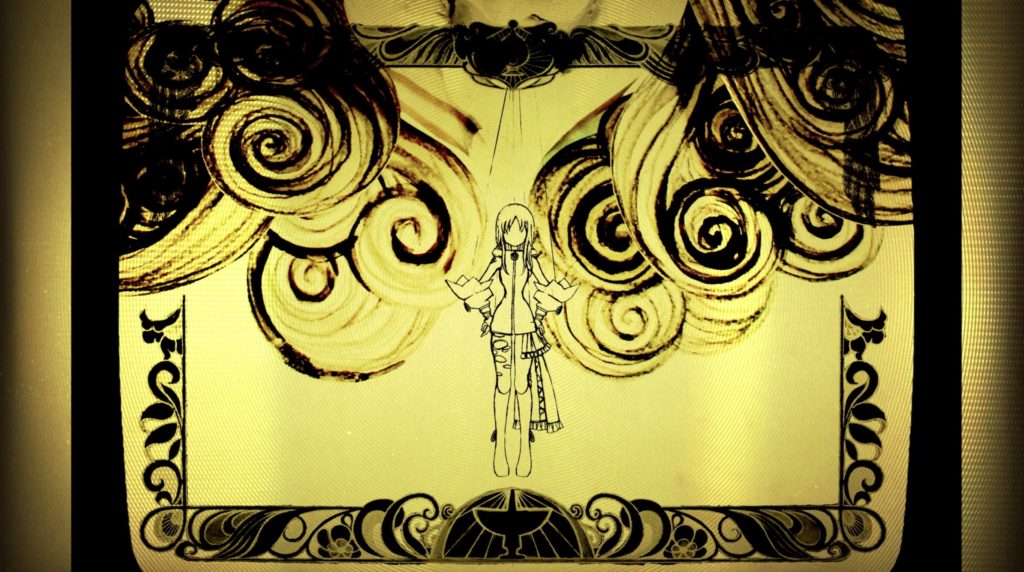 Which brings me to the point that I was avoiding: at such a pivotal moment in Magia Record, the series falls flat.

Now, I feel this may be a blip, not a sign of things to come. Mostly, this is a pacing issue where the time is spent on certain pieces of information feels excessive, especially when it’s ideas related to concepts of the series already explored in the original iteration of Madoka Magica.

A large chunk of Magia Record episode 12 is spent detailing issues related to Soul Gems and Witches. As the original series introduced to audiences all the way back in 2011, woven cleverly into the narrative of the series, Soul Gems get their name due to them being objects created at the point of the contract with Kyubey being established which seals their transformation into a magical girl. At this point, the Soul Gem is formed, removing the soul from the human body and placing it into the gem. The body becomes an empty shell controlled by the jewel. Once the Gem becomes tainted, they become a witch. 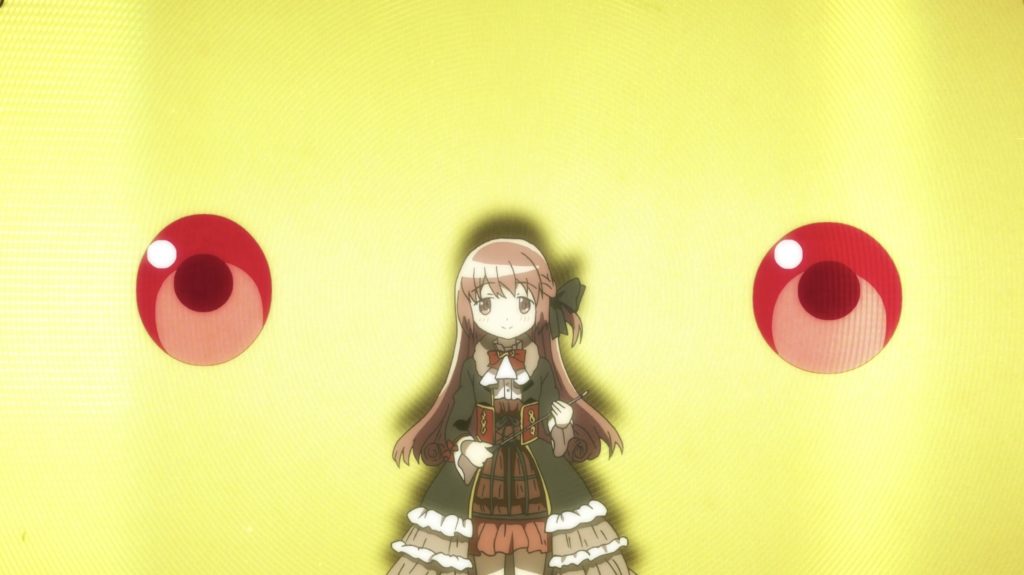 Again, though, collectively as an audience we’ve known about this since 2011. It was a series-defining moment that once again shifted the context of that story in the original series, something no one could ever have expected. Kyubey’s emotional cluelessness to everything that was going on only further added to the scene. It was such a big moment for a series so ingrained into the public consciousness at the time of its release that, at the time of its airing, there was no way to escape this knowledge.

Considering Magia Record’s place in 2020, it’s clear the series is a major influential property even now, albeit one without the same impact as that original series achieved. It’s one of the more popular anime of the season. It is, however, unlikely that many people watching are either unaware of the information from the original series or are even watching the show at all without also being a fan of the franchise more broadly and therefore aware of key concepts such as this.

With this in mind, why does the anime feel the need to spend over half an episode reintroducing these concepts? For the majority of Magia Record episode 12’s runtime, Touka is simply regurgitating this key info. In turn, even if we get to see these explanations interspersed with insights into the past life of Yachiyo and Mifuyu, it does mostly feel like old news without enough of an exploration of their relationships to justify spending so long on it. 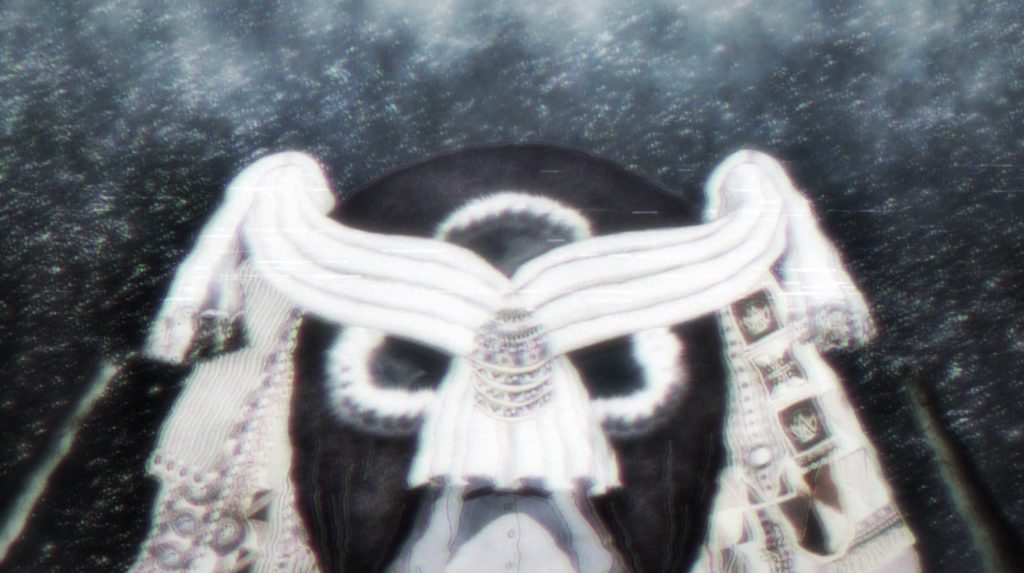 Where the episode mostly saves itself is through the new concepts the anime introduces during the closing moments: the existence of Doppels.

Doppels answer the question of the strange transformations Kaede and Iroha underwent when it seemed as though their soul gem would blacken and transform them into witches. Just as the magical girl is set to undergo this transformation, they would instead transform into a witch-like creature resembling themselves with enhanced powers for a limited time. After this, the girls would return to normal, their Soul Gem fully restored.

Touka‘s explanation details this process and explains that it’s an artificial process intended to protect magical girls and act as salvation by preventing them from turning into witches. This process, far from being a natural evolution of the contract or something created by Kyubey, was an intervention by the Wings of the Magius to stop the transformation into a witch which is harming many of the magical girls. 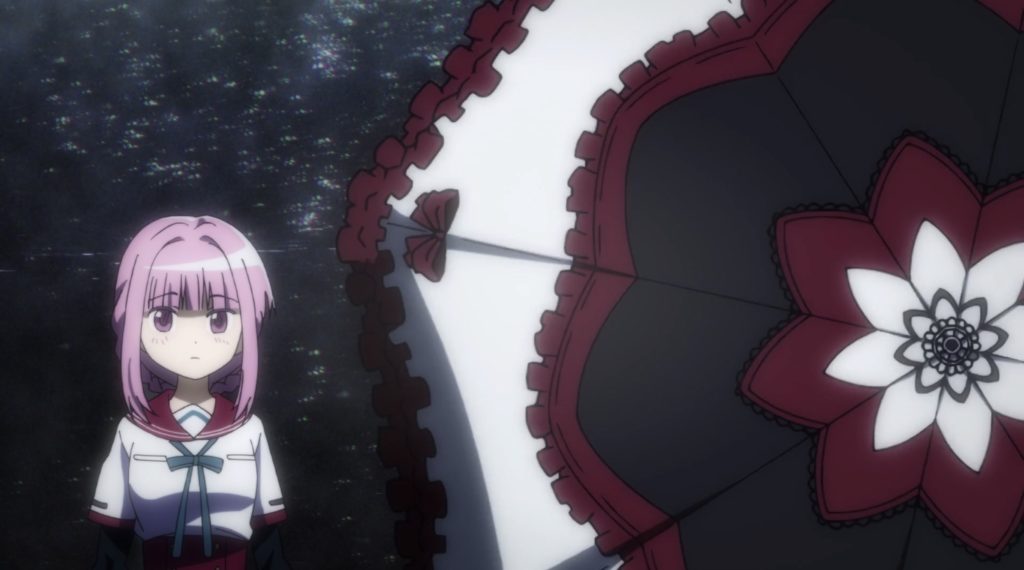 This is a great introduction to the series, as it brings with it the idea that the fate of the magical girl can be influenced by human intervention. The creation of this process explains why Kyubey themselves can’t exist in Kamihama City and places them at war with the system created by the incubators, an interesting shift in perspective. It also brings up new questions I’m eager to learn more about. How were they able to create such a process, and why do Iroha undergo the Doppel process without having joined the Wings of the Magius, when it was suggested the process was related to being a member of the group? Could even this, maybe, be a link to Ui’s disappearance.

It’s just a little disappointing that it took until the end of the episode for something interesting to occur that we didn’t already know. We spent much of the episode recapping information we were already aware of, with a brief teaser at the end to entice for more. As a whole it works, as I didn’t find myself bored during the recaps and the new information does open up the series and reminds me of some of the plot-twists from the original series, which can only be a good thing.

Magia Record Episode 12: A Shift in Direction, But Only Slowly 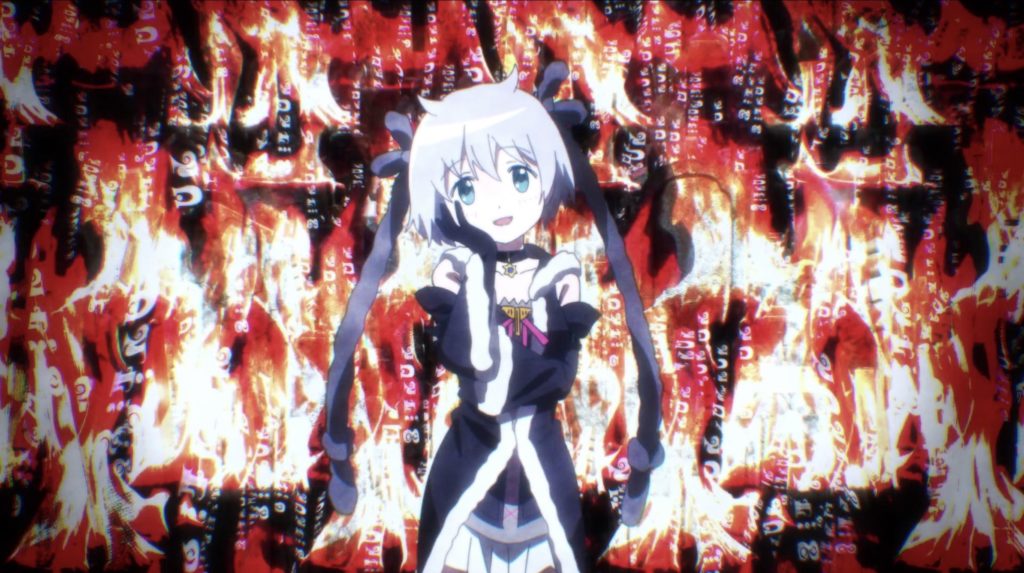 As a whole, I’m decidedly mixed on my experience of Magia Record episode 12. While an interesting episode befitting of the show’s change in direction with an intriguing new piece of lore that could decisively shift the rules of the Madoka Magica universe in the future, I can’t help but feel the long period spent recapping rules and events we first became aware of 9 years ago, I can’t help but feel as though the pacing of the episode works to the show’s detriment.

In saying that, I’m excited to see what comes next, and to learn how this changes my perception of the Wings of the Magius now they’re decisively being positioned as a group opposed to the amoral Kyubey. I can’t wait to learn more.