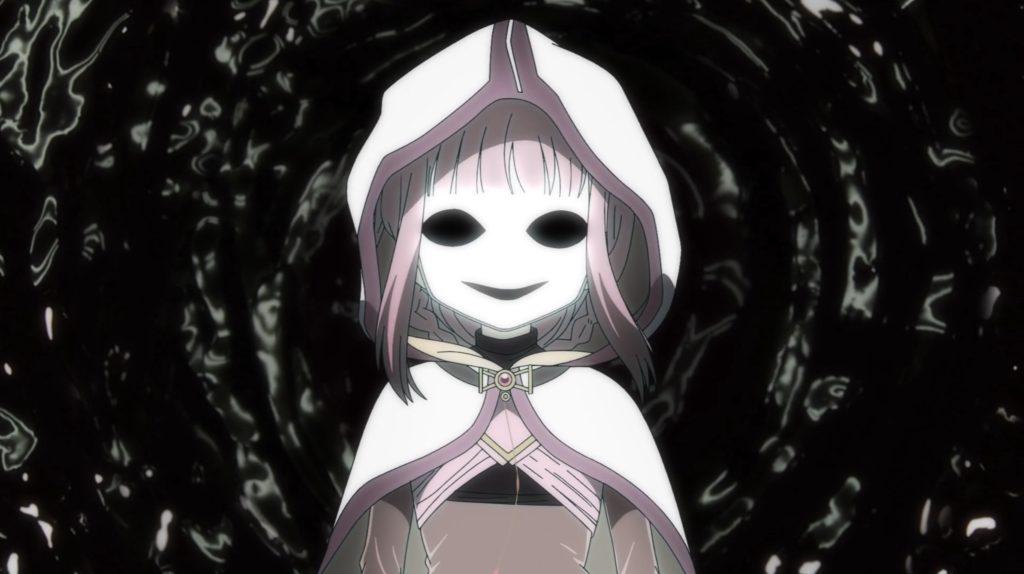 If the original Madoka Magica series touched on how love can change people as well as the hope instilled into the image of a magical girl, the alternative side story being told within Magia Record and expanded upon as a thesis statement within episode 5 is the idea of how memories, reliable or otherwise, can cloud a person’s judgment.

Thanks to that, we have an episode which takes advantage of last week’s slow-yet-necessary pace-breaker to proceedings to ramp up the speed and the stakes of this episode, admittedly leaving viewers with more questions than answers yet doing so in the best way possible with the series’ strongest episode to date. 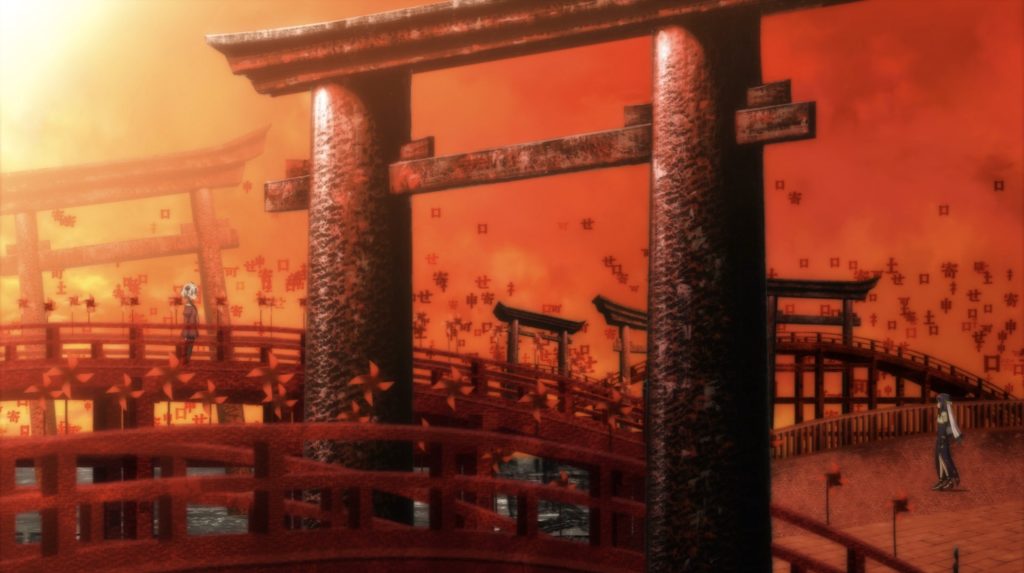 Picking up right where we left off last week, episode 5 of Magia Record sees Iroha and Yachiyo coming face to face with the people they’d been searching for all this time. Having been given brief snippets of insight into their past we learn that Yachiyo had been friends with another magical girl before they disappeared, bumping into the girl now known to be Mifuyu once they enter the Witch’s Labyrinth. Iroha, meanwhile, finally runs into their missing sister Ui in the same Labyrinth, one which had promised a reunion with those they had lost at the cost of their ability to leave. To activate the rumor, they were required to visit Kamihama City’s main shrine under the cover of darkness and think of the person they want to meet while writing their name down on a wish plate, at which point they would be transported into the Labyrinth to meet the character they were longing to see, which is where the episode ended with last week.

Everything about this rumor, however, is reliant on memory. They must hold their memories close while enacting the rumor’s conditions, and only then can they meet the person they want to see. The characters which they meet aren’t the real Ui or Mifuyu, but manifestations, imposters. This simulation falls apart due to Ui being someone Iroha can only remember their appearance as well as brief fragments of memories and the repeating dream about visiting Kamihama City. Without a clear idea of who Iroha was supposed to meet, it’s impossible for the creature controlling the Labyrinth to create a believable replica which compels them to stay.

Up until this point, the anime was home to a strong central idea and individual character moments, with a story only more engaging as time went on, all while lacking a strong central thematic core that set it apart from the original series. I was engaged, but felt unsure as to what the series was trying to say beyond recalling a series of events; satisfying, yet lacking at the same time. Through this new labyrinth and the new information learned about our characters this week, a new core idea has formed which re-contextualizes everything which came before it. 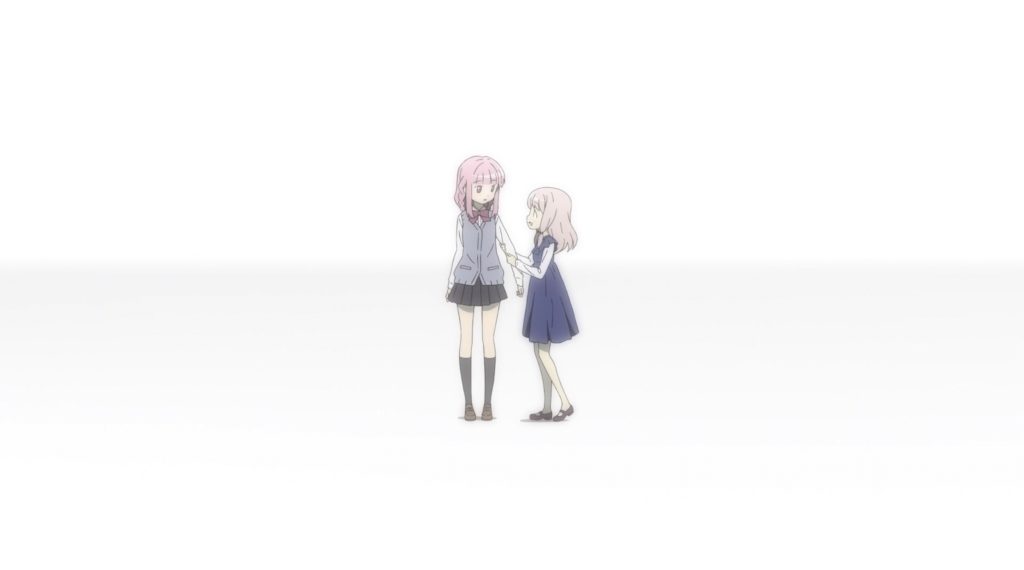 The pain, joy, love, and cherishing of memories permeates through every moment of Magia Record as a series and set out clearly during episode 5. Beyond the obvious plot points in regards to Iroha trying to find Ui and learn why she disappeared, we can return to how the series has reframed the idea of Kamihama City being salvation for magical girls and the way each rumor plays on the unreliability of human memory.

The idea of salvation and freedom from being a magical girl comes with the implicit idea that the memories associated with being one are painful, unworthy of the miracle they received in order to gain their power. As we explore Mifuyu’s former relationship with Yachiyo we have their long-held desire to learn the truth about salvation within Kamihama City manifest both in the joy of their unexpected meeting and the pain at meeting the imposter they reunite with. The memories are transformed and warped by the creature in control to create a being that would use these memories and their appearance to encourage them to stay even when such an idea would be out of character for the real Mifuyu. 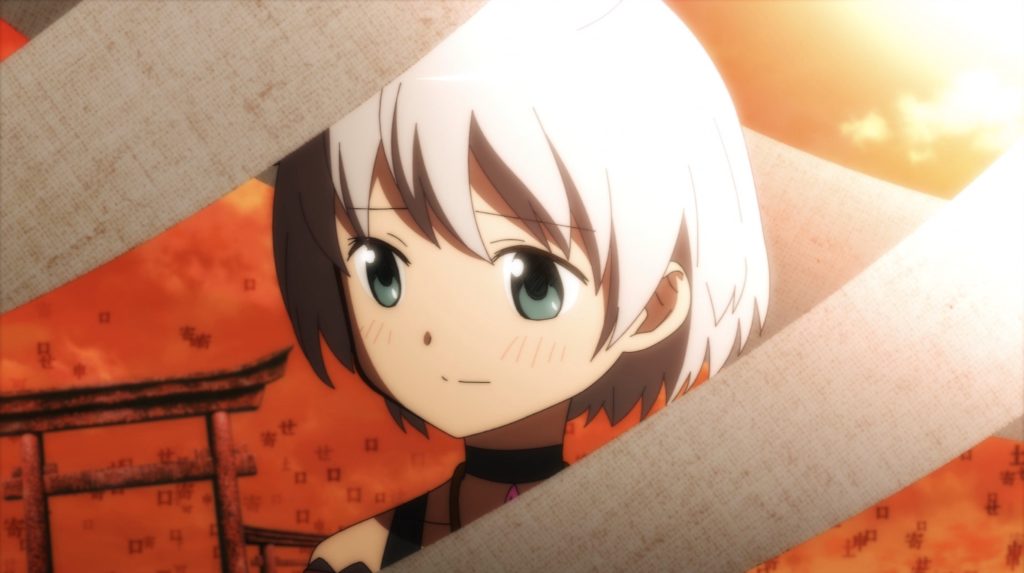 When looking into how the rumors have been incorporated into the series until this point, each rumor has an intrinsic link to memory which suggests a larger being is the one responsible. The Friendship-Ending Staircase plays upon how arguments and anger can sour any positive memories you once associated with someone, feeding on the desire to detach from these memories once cherished and now painful due to the soured friendship. Each character’s struggles and personal goals revolve around memories and the desire to change and hold influence over what our minds remember and forget. Alternatively, each character is looking towards the future based on memories of the past they themselves can’t say for certain are accurate, letting them impact their actions for better and for worse.

Often these decisions come from a place of love, but when you have the character’s own memories acting like an unreliable narrator, it doesn’t always work out for the best. The way this leads into the deepening mystery surrounding both of these character’s true motivations and the disappearances of those they love, as well as Tomoe Mami’s reappearance only watering these seeds of doubt, form Magia Record episode 5’s strongest moments. 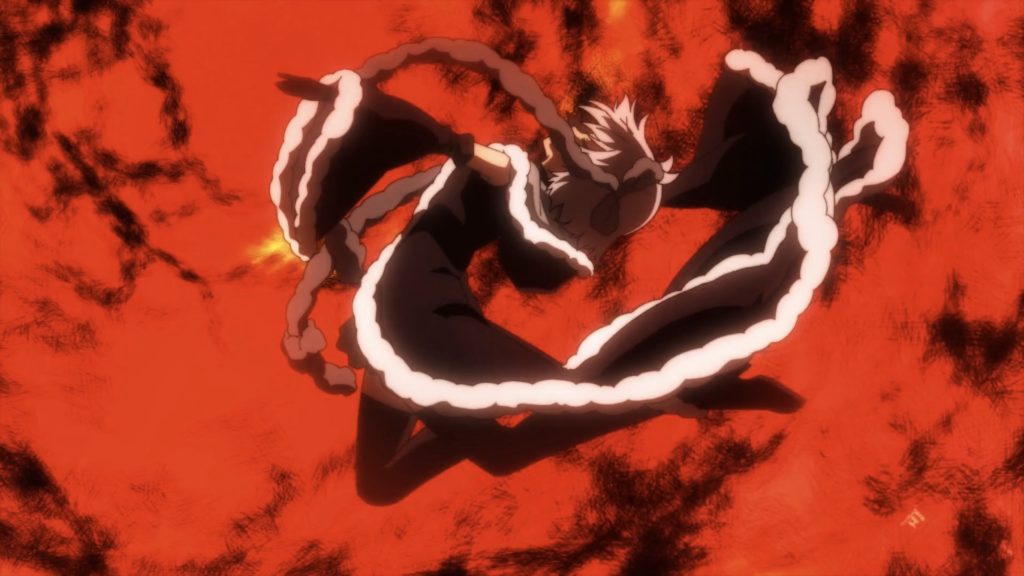 Away from this, this episode is perhaps the one which lifts the quality of the series’ animation and artistic styling above what’s come before it at a point when many the crunch of weekly anime production often begins to take a toll.

I was always impressed by the shrine’s Labyrinth and the interweaving and interconnecting gates and bridges that make us this sea of pathways like a real-life labyrinth, yet the way this is then used to frame our characters as always having a barrier between them and the one they love really helps to convey a feeling that something is off about the people they meet.

On top of that, you have the new ideas coming into play about how the Soul Gems act when they become corrupted. As revealed in this episode, once the gem becomes corrupted, the characters go ‘berserk’, fusing with a masked doppelgänger inside them before going on a rampage not too dissimilar to the EVA units within Neon Genesis Evangelion. The girls go berserk, transforming partially into witches themselves but with a certain degree of control and intent on killing and devouring other witches. It’s a decision that could have major ramifications on the series going forward and I feel may be one of the first things addressed in the coming episodes, but from a purely technical perspective, the animation for these scenes is on point. The transformation into these creatures is smooth, while their movements and actions are erratic and exaggerated and violent in a way that really puts across the horrors that the series attempts to convey here. 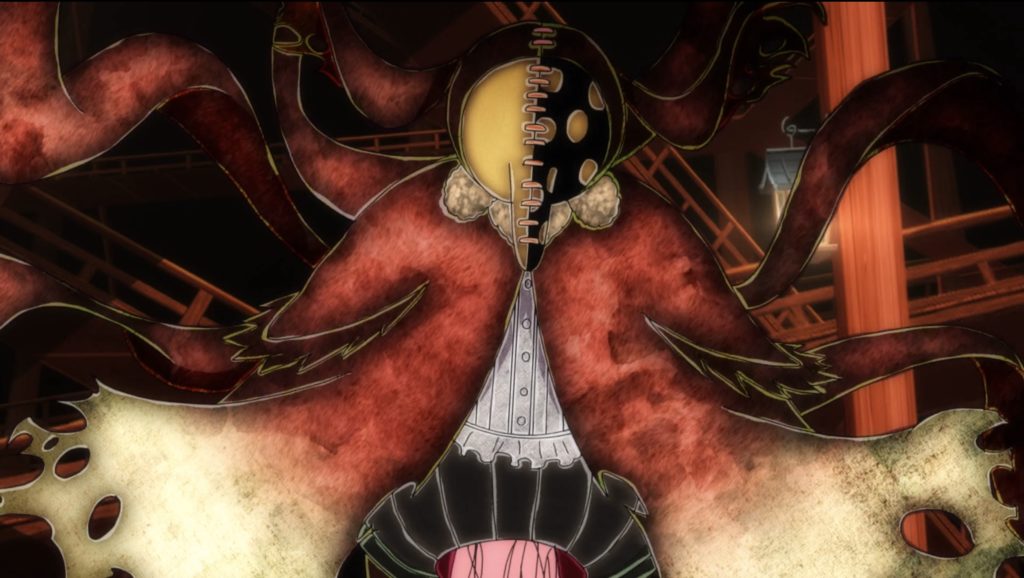 Moments like this, combined with other individual moments of animation such as the fight between Mifuyu and Iroha in the Labyrinth around the halfway point, are animation showcases that stand out even in an episode as jam-packed with information and impressive moments.

Even now, there’s a lot of things about Magia Record episode 5 I’ve not had the chance to discuss. The character development of Yachiyo and Iroha and their deepening friendship, the small drops of information about the past, the series-altering revelation about corrupted soul gems and more leaves so much on the table to discuss and so many more questions to answer with only a few minor ones being resolved within the episode itself.

In a sense, this could be seen as a slightly concerning issue heading into the second half of the series. Rumors surrounding it being a 2-cour series are yet to be confirmed while physical release listings seem to confirm that the currently airing series will be just 12 episodes long. With this much being unresolved and only more questions being added into the mix if the series is 12 episodes long, can it conclude itself in a satisfying manner? 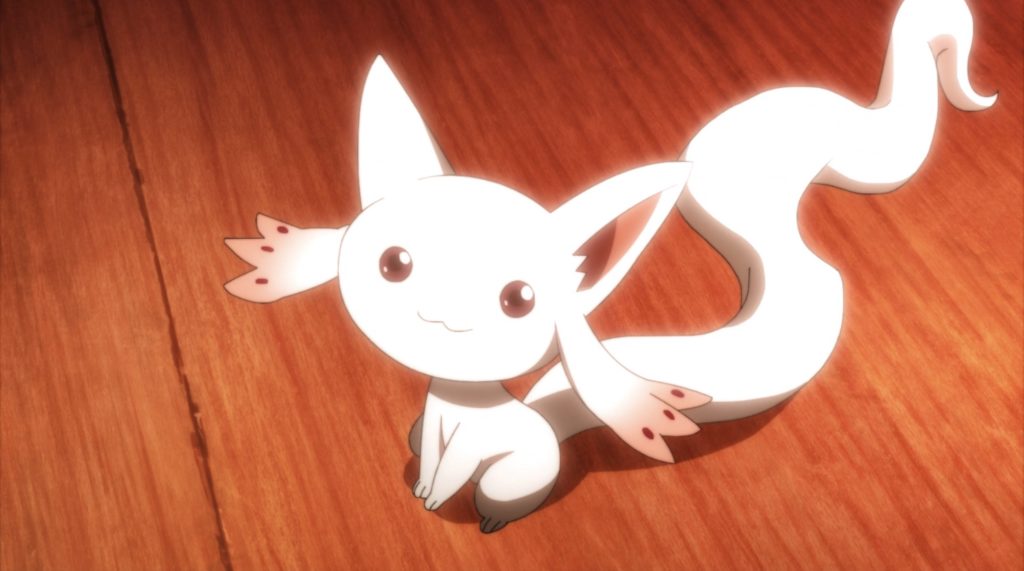 For now, though, I’m not worried. Despite concerns prior to release, it didn’t take the series long to shake off perceptions this series was simply cashing in on the famous property it was a part of, as episode 5 of Magia Record stakes a claim to being a powerful series in its own right which reinterprets its world and source material.