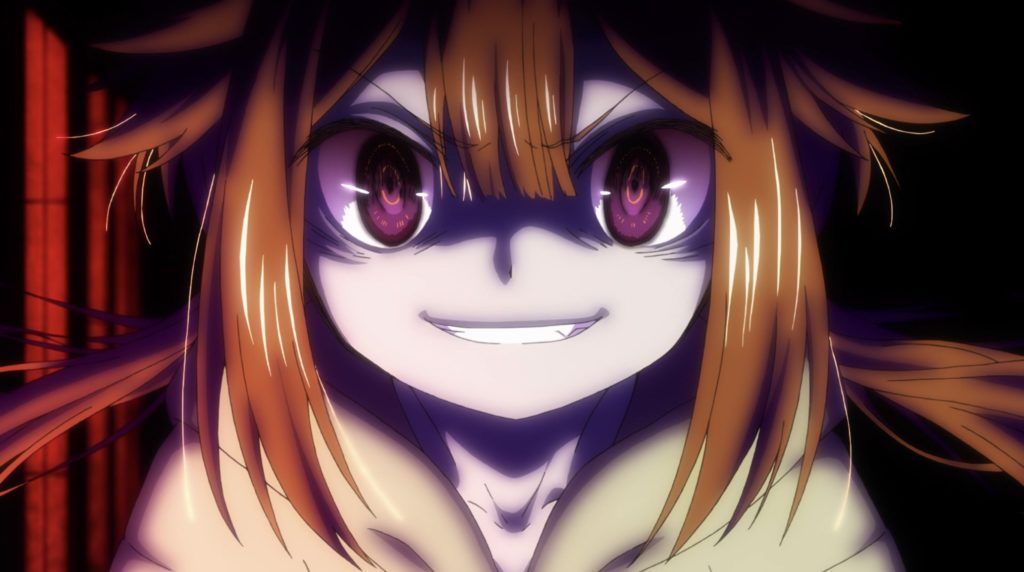 Last week’s episode of Magia Record ripped the future direction of the series wide open heading into episode 6, with the strongest week of the new series to date that left me with lots of tantalizing questions I was desperate to learn the answer for.

For starters, Kamihama City was having a strange effect on the magical girls within its walls, as the corruption of their soul gem led to a transformation not into a Witch into a berserk creature not too dissimilar to an EVA unit from Neon Genesis Evangelion when it’s gone out of control, before returning to normal. This, coupled with the manifestation of non-Witch creatures with the ability to create their own Labyrinths, such as the ones in control of the Friendship Ending Staircase in episode 3, and the possible link of all of this to Ui’s disappearance, suggests that there was more going on to this city and its supposed salvation of magical girls than meets the eye.

With the stage set, episode 6 of Magia Record had the potential to answer the questions on the minds of many fans. Iroha had transformed in front of the eyes of other magical girls, so the question of what happened to her had to be confronted. I was ready to learn more, although unfortunately, this week’s episode failed to deliver the answers I desired, even if the episode was just about satisfactory, on the whole. 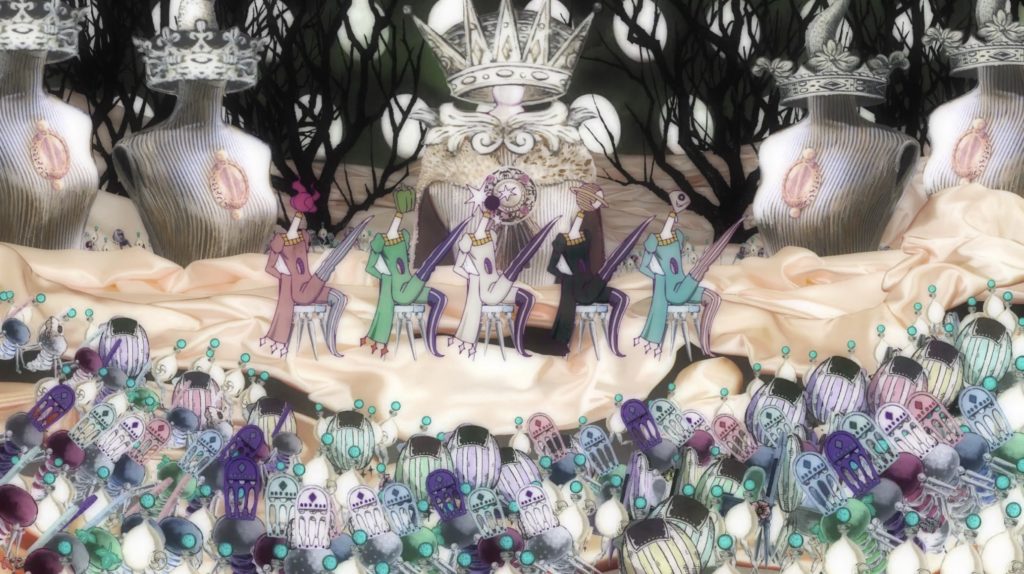 This week’s episode throws the audience directly into the action. We enter with a group of magical girls deep inside a Witch’s Labyrinth, and though many of the characters here are unknowns and mostly exist to serve as cameos for fans of the games, the framing and action directs our attention towards one girl in particular who appears set to become one of the main characters as the series progresses: Felicia Mitsuki.

Felicia has a penchant for revenge. Seeing a horde of Witches isn’t a cause for concern for her, instead inciting her bloodlust for these creatures which she despises. The fang-toothed girl sees the dangerous situation as an opportunity and bursts into action with a grin and a shout, putting the others in danger without a care for their safety or her own, as long as she can inflict pain onto these faceless manifestations. 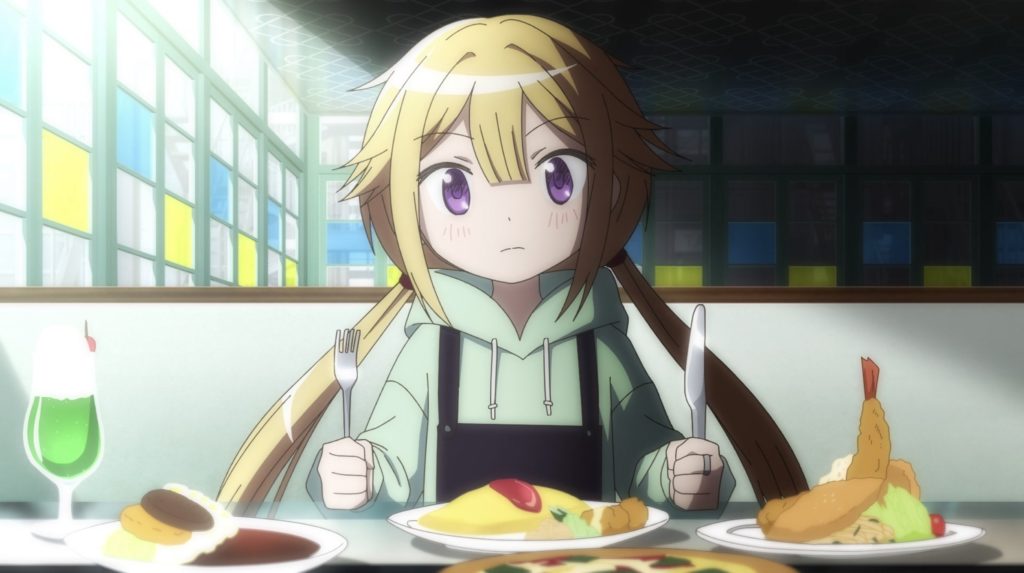 Felicia has some baggage, and this introduction before even the opening credits of episode 6 of Magia Record have rolled makes this abundantly clear. Dislike of these creatures is normal, and a desire to defeat them a necessity to stay alive, but it’s something more for Felicia. Her life is consumed by them, a never-ending revenge mission for the harm they inflicted upon her.

It’s a shame, then, that the episode doesn’t explore this concept as deeply as I would like.

In fact, episode 6 of Magia Record plays out similarly to the slow-paced and meandering episode 4, almost beat for beat in terms of its strengths and its faults. For example, her visit to the abandoned mall where she meets Felicia feels more like a plot convenience than a natural piece of story progression. 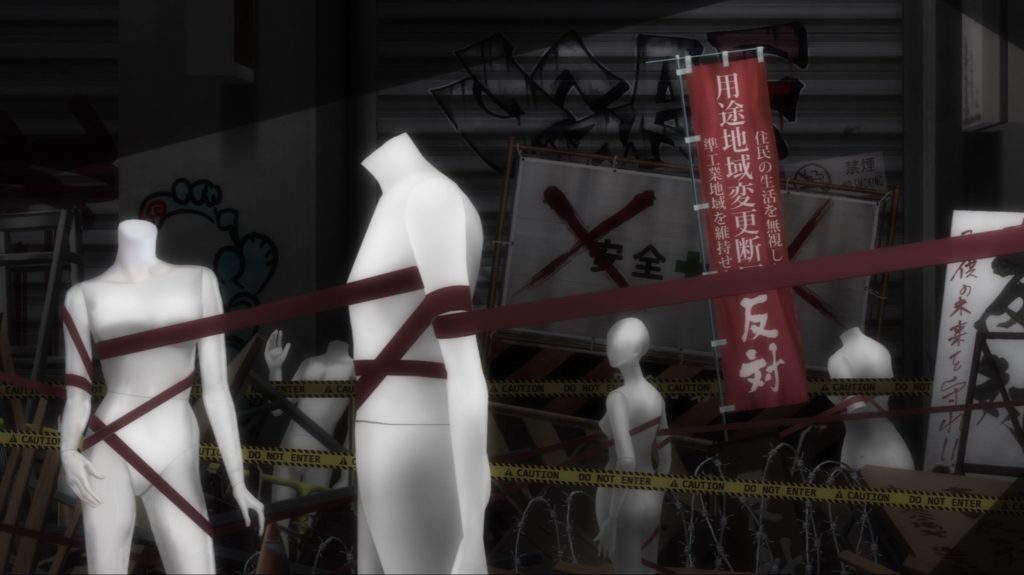 With no leads to go on and a desire to explore the city to find something which could help locate her, I feel like such a location would be near the back of the list. If I was thinking the disappearance of my sister was linked to rumors spreading around the city, I’d ask other magical girls or people in the city about urban legends to work out where to go next. Didn’t we meet Tsuruno a few weeks ago as well, precisely because she knew a lot about such things? The decision here feels random and pulls me out of the action if I’m honest.

Episode 6 of Magia Record meanders for much of its runtime, not helped by a finale which renders most of the actions of the episode moot and retroactively lowers my opinion of the episode’s prior moments by turning them into pointless filler material.

What saves the episode is Felicia.

When Iroha and Felicia meet, the character immediately brings a fiery tenacity the main cast has lacked until that point. Her more homicidal tendencies are a stark contrast to every other main character, as is her more combative nature. The ways in which the more timid Iroha plays off of Felicia’s character is what helps to keep the events of the episode engaging. 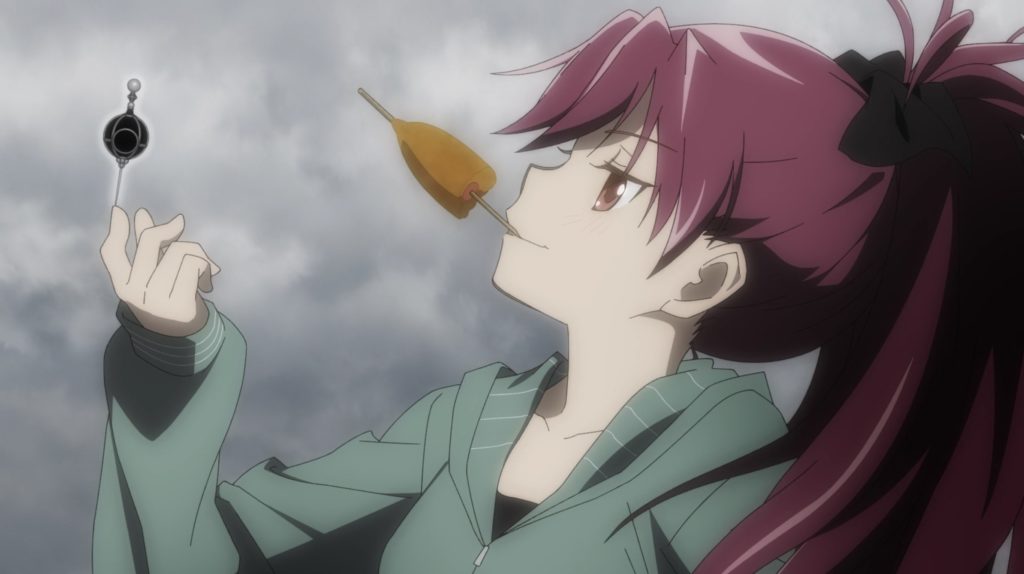 Felicia is energetic and rowdy, territorial and abrasive. Her finding a home within the mall places her character into the same vein as Sakura Kyoko from the original series (fitting considering that character’s cameo in the episode), while her strength and capabilities when fighting Witches is remarkable, to say the least.

Unlike Kyoko however, who kept to herself, Felicia acts as a self-proclaimed mercenary, making money off of those around her to support her solitary lifestyle. No magical girls up until this point have used their powers for monetary gain and it’s a completely different interaction as a result. Even as they become friends, you see this need for profit mix into her way of thinking.

Her lively nature is the thing that saves the episode. You’d think the luck potion they receive from the Witch-like creatures within the abandoned mall would warrant further investigation immediately in order to learn their true intentions, yet they mostly just wander around using this luck to gain free ice cream and strong luck on slot machines they’re definitely too young to be playing. 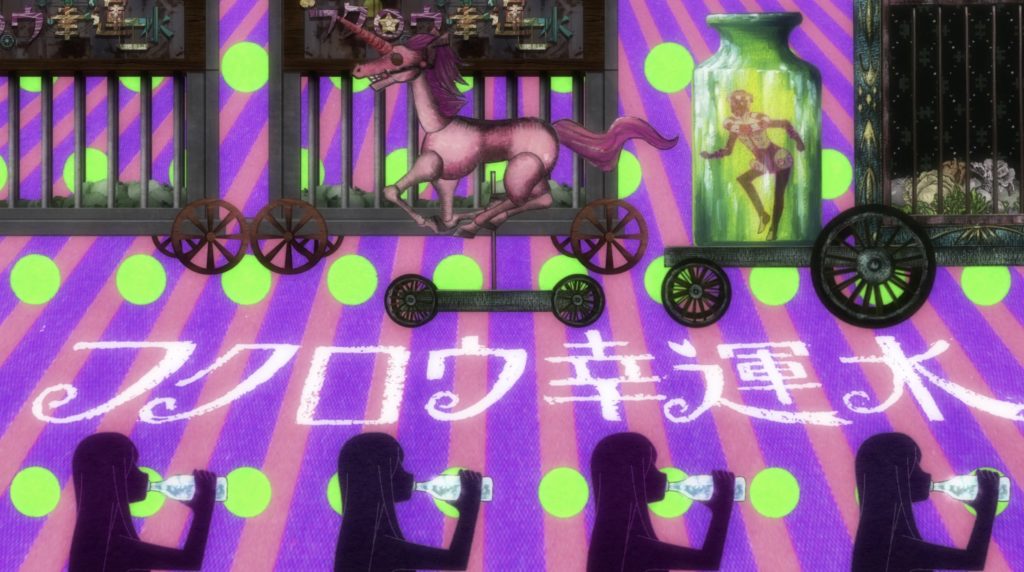 Not only does this dumb down our characters who are definitely more intelligent than this for the sake of the story, but it also leads to a lot of unnecessary moments which would be much better cut out altogether for the purpose of streamlining. However, the fun she brings to these moments, and the small bits of information as to why she’s a mercenary and why she holds a lust for Witches, is just about enough to not leave a sour taste in the mouth when you realize it was a waste of time.

The issue is that the final moments of the episode feel like they should have come far earlier, with the episode padded out in order to make the only interesting moment of the episode a cliffhanger for what’s to come. Saying that the way this cliffhanger answers some of the questions about the root cause of the rumors while building upon Felicia’s development helps to give episode 6 of Magia Record an interesting finale. After the rest of the episode, I fear that without it the entire runtime would’ve been ultimately forgettable. 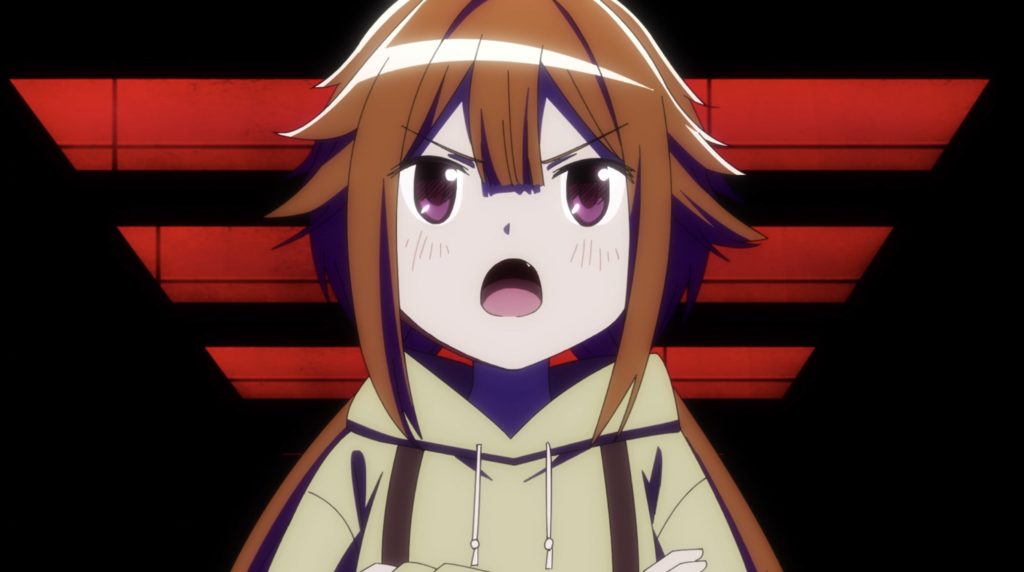 Episode 6 of Magia Record is a weird one, and to be honest, it is definitely the least enjoyable one to date. While the character of Felicia is undoubtedly a unique addition to this series’ cast which helps to spice up the dynamics of the episode, and while the finale gives some context to the rumors which have built up within Kamihama City and sets up an intriguing second half to the season, much of the momentum from last week’s episode has completely disappeared.

When events that challenge the fundamental ideas the series is established upon occur, a more immediate acknowledgment of them is, arguably, a necessity in order to ensure that a new consensus and base level of understanding is established with the audience. By choosing not to do this and delivering an episode light on content such as this, even the addition of a new character and interesting finale can’t mask its faults.

I’d like to think of this episode as a misstep and not a sign of things to come, however. There’s still the visual flair the series has kept up throughout, while the ending continues to build on the fascinating take on the world of Madoka Magica this series has been going for since its inception. Let’s just hope that next week’s episode can build upon this potential in a way this week’s episode failed to do.