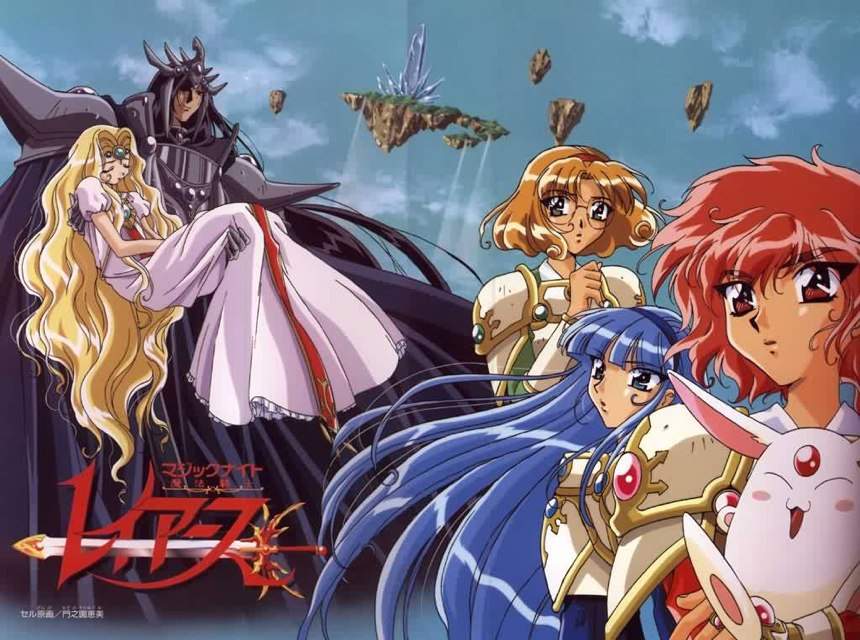 The isekai genre has grown popular in anime and manga over the last decade with titles like Overlord, That Time I got Reincarnated as a Slime, and Kono Subarashii Sekai ni Shukufuku wo being just a few of the anime, manga, and light novels trending among fans over the last few years.

The genre has existed in literature and film for over a hundred years, with anime and manga producing quite a few offerings of such throughout the 90s, although the term isekai was not typically used at the time.

Many shows that fit the mold are being reclassified in a sense from the much more vague sounding ‘fantasy’ to isekai as the genre becomes more and more prevalent. One such series that experimented with the idea of alternate worlds of magic and beasts was Magic Knight Rayearth.

They are transported to a fantasy world, Cephiro, bestowed with the power of magic, and tasked with becoming Magic Knights and rescuing the princess of the land from a high priest who is holding her captive. 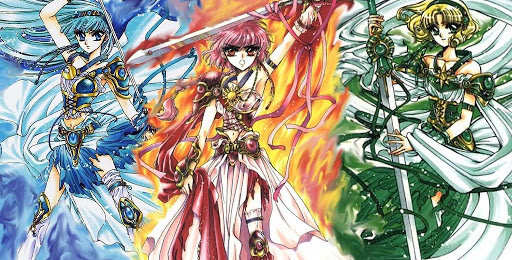 The girls are guided by a magical rabbit-like character, and also pilot giant robot-like entities. A lot of these elements ended up becoming tropes in various popular isekai/fantasy type series of the same time period, such as The Vision of Escaflowne and El-Hazard to name a couple of others.

Both the manga and the anime consisted of two separate parts. The first series of the manga ran from 1993 until 1995, with individual chapters published in the magazine Nakayoshi, and later 3 tankoban volumes that were compiled and published by Kodansha.

A three-part OVA for the series was released in 1997, simply titled Rayearth. It features a different take on the story with the same characters present but with different relationships and roles than in the original series.

An Introduction to the Three Magic Knights

The three heroines of Magic Knight Rayearth each command a different element of magic, appropriate to their names and the dominant color of each. 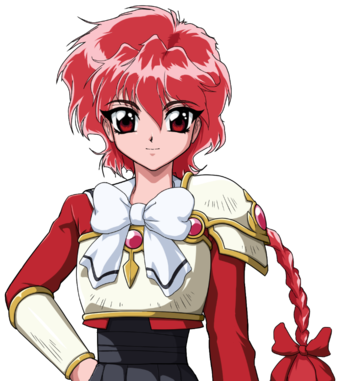 With her red hair and hot-blooded personality, she commands the element of Fire, casting magic like the Flame Arrow and Crimson Lightning spells. She fills the tomboy character archetype, being a member of her school’s kendo club.

She is loyal to her friends, and a lover of animals; returning home to her pet dog serves as a chief motivation of hers throughout the series. Given her strong personality and aptitude for leadership, she finds herself taking the initiative in the second part of the series, as the land of Cephiro looks to find a new Pillar, stepping up to the position, then working out a new solution to the problem of the role.

She commands the fire Mashin (the robots were translated as ‘rune gods’ in the English localization, but Mashin sounds more convenient) Rayearth. 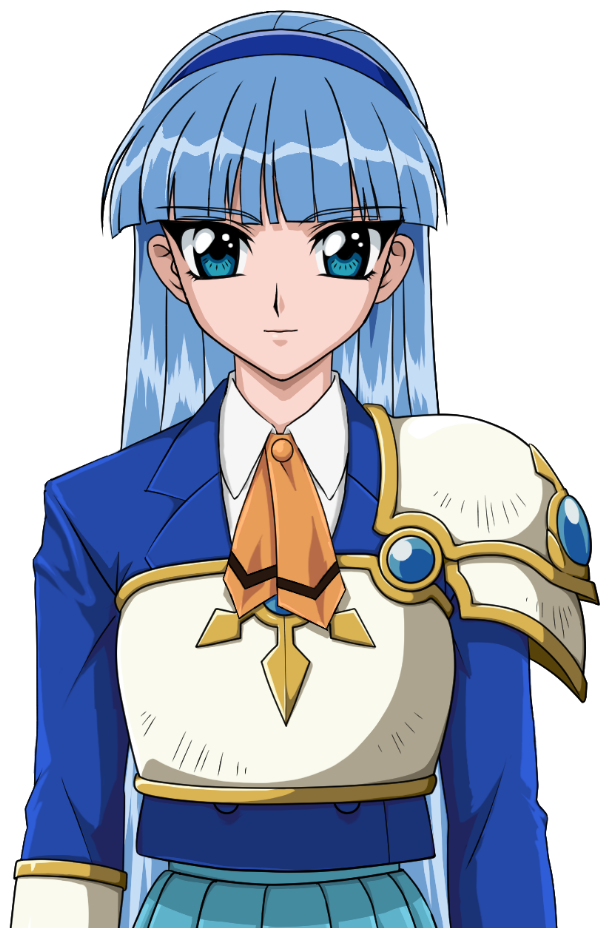 With blue hair and blue eyes, and blue uniform, she is the perfect candidate to command the elemental power of water, don’t you think? With magic spells like Water Dragon and Azure Hurricane, and the Mashin Ceres which is imbued with the essence of the ocean.

She easily loses her temper and is the more stubborn one amongst the group. Coming from a rich family, she attends a private school that is mostly reserved for the children of politicians and wealthy families.

She is straightforward and has little patience for Mokona’s antics and often finds herself frustrated at the environment she has found herself in with Cephiro. She is able to maintain a cooler demeanor in battle though, with fencing experience from school under her belt. 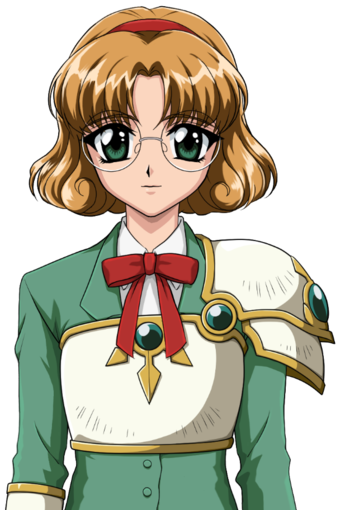 The calm, level-headed one, who occupies the position of the glasses-wearing bookworm-type character. Her attire and eyes are colored green, which is often synonymous with the element of wind in anime and games.

Her magic spells include Emerald Typhoon, Emerald Cyclone, and Winds of Healing, among other wind spells. She is, of course, the brains of the operation, and the most polite and logical of the three girls, and attends a school for gifted children.

The way she so nonchalantly points out the obvious often gets on the nerves of Umi. Her Mashin is Windham, a giant 4-winged bird-like beast that commands the power of wind, of course. 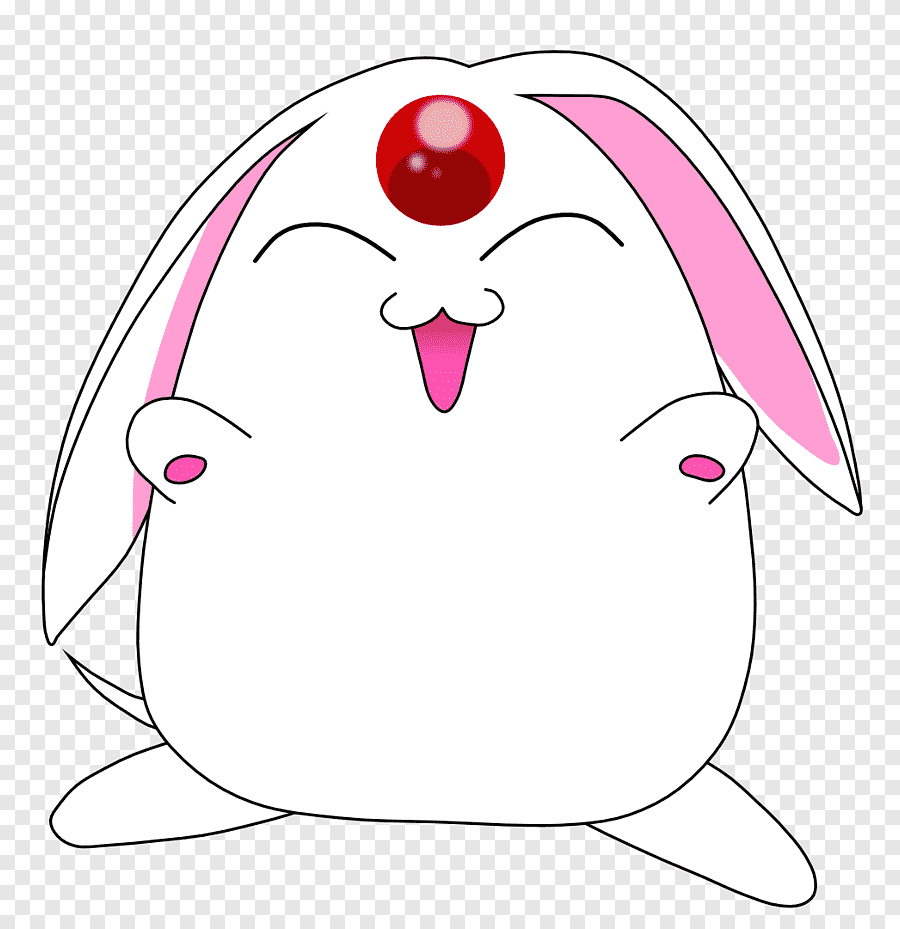 The mascot character is a small white long-eared bunny-like creature with a red gemstone on its forehead that flops around making ‘puu’ noises. In the manga, Mokona is entrusted to the girls by Clef, the wizard who grants them their powers and tasks them with becoming magic knights.

Mokona was given to Clef by princess Emeraude. Mokona plays a much more important role in the manga, being revealed eventually as the god who created both worlds. Mokona also appears in other CLAMP productions and is somewhat of a mascot for the group itself.

This is just scratching the surface. Magic Knight Rayearth is incredibly jam-packed with memorable characters given the relatively short length of the series. This doesn’t really touch on any of the supporting characters or antagonists that appear throughout the series; there really is a lot going on despite the rather basic, troupey premises of the series.

Aside from the stellar animation, a strong point of the series that has appealed to Japanese fans is how likable the characters are.

A few different Magic Knight Rayearth video games were released during the 90s, but the most well-known one is by far the Sega Saturn game which came out in Japan in 1995, rather early on during the life span of the console.

It was an action-RPG type game developed and published by Sega in Japan and was licensed for localization in the US by Working Designs, a company known for its localization of JRPGs and anime-related games, most notably the Lunar series for Sega CD and Saturn/Playstation.

Unfortunately, Working Designs didn’t have the best track record during the period they were in business. Although they filled a certain niche that few other game studios did at the time and made excellent choices on which games to localize, their development cycles had a reputation for being dreadfully slow, often resulting in release delays extending for several years.

They continuously faced supposed technical difficulties and took many creative liberties with the hopes of releasing quality products, usually failing spectacularly in either when the localization work was finally finished. 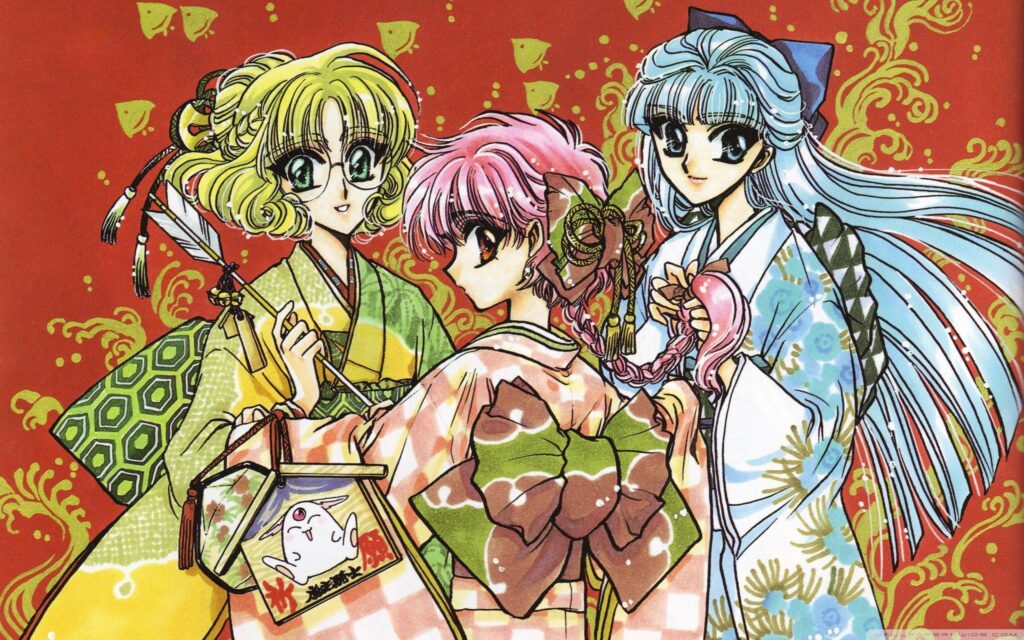 With the Sega Saturn selling poorly outside of Japan, effectively ending its competitive run in the rest of the world years early, and Working Design’s snail pace and a knack for screwing things up resulting in delays, it seemed likely that Magic Knight Rayearth for the Sega Saturn would never see the light of day in North America.

By some miracle, the localization managed to reach completion in November 1998, making it the last Saturn game to ever be released stateside, and in very limited numbers.

The final product had issues; some of the source code had to be rewritten from scratch, and as a result, the North American version of the game did not play as well as the original version due to the alleged source code mishap. A very limited run of the game was produced, and thus it fetches a high price to collectors.

A sealed copy of the North American version of Magic Knight Rayearth on Sega Saturn goes for anywhere from $500 to $800 USD in 2020, making it probably the second most expensive Sega Saturn game to purchase, after the similarly rare (also late release) RPG masterpiece Panzer Dragoon Saga (Panzer Dragoon Azel), which is known to fetch up to $1000 USD or more.

It’s quite unfortunate how it all worked out for Magic Knight Rayearth as a whole. It came around when anime had not yet hit the mainstream market within the US and went relatively unknown as a result.

A failed attempt at a first dubbing of the series delayed its eventual US release (prototypes of the opening for that iteration of the dub still exist on the internet), which didn’t come around until 1999, several years after the series had come and gone in Japan.

The manga appeared in English for a while in Mixx Zine (which later became Tokyo Pop magazine), which was an awkward and janky anthology at best. The Sega Saturn video game was doomed to a similar fate the same fate due to the Saturn’s poor marketing, Sega’s reluctance and indifference towards releasing the game in the West, and Working Designs’ hardships and ultimate mismanagement of the title.

Albeit suffering from overuse of what would now be considered troupes, the series had the style and overall quality to be a hit, but the timing was missed completely on many levels. It’s worth going back and watching to examine a period of anime history, and it won’t take up too much of your time.