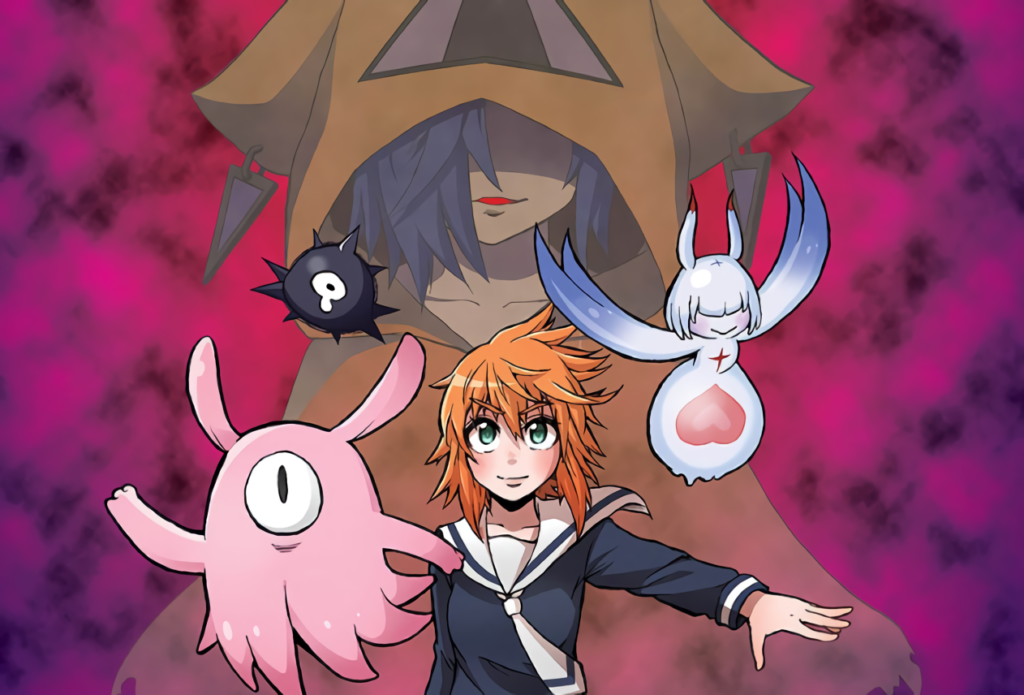 The beginning of a new week can only mean one thing: time for new Weekly Shonen Jump! This is where Jacob investigates the latest and greatest in the magazine, telling you what’s worth your time and what’s not. You can find coverage of other series under the tag Jump Time. Here’s Magu-chan: God of Destruction chapter 34.

Considering that a large portion of the main cast of Magu-chan: God of Destruction are, well, gods of destruction, it’s almost surprising that none of them are antagonists per se. Sure, they do get in each other’s way sometimes, but they’re mostly just one big happy family, united in eldritch brotherhood. Magu-chan chapter 34 changes all that, however, by introducing a proper antagonist: Muscar of Fate, who appears to be the final addition to the already large cast of characters.

How this new antagonist gets introduced is interesting in and of itself. Ruru ended up winning a holiday to a ski resort in a lottery at her local supermarket in last week’s chapter, so she invited Ren and his mom, Ran, along for the ride. At first, all signs seem to point to this arc being a relatively inconsequential one, reveling in all the gag variety that a change in location can bring. Even so, the end of last week’s chapter made it clear that some much more important plot development was at play. 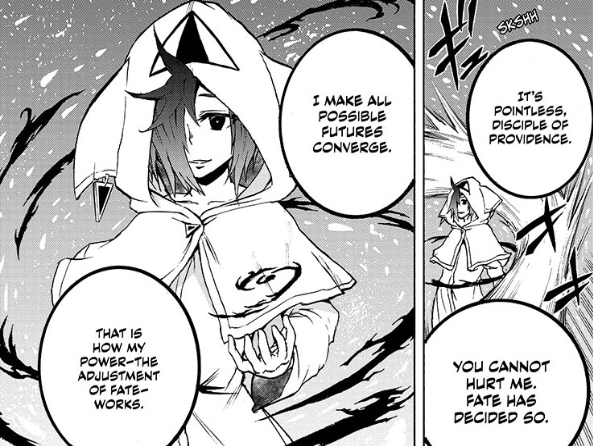 Heading into Magu-chan chapter 34, the main question was: who is Muscar, and what is his objective? As it turns out, he is the ‘third pillar’ of the six Gods of Chaos, alongside the likes of Magu, Uneras, Naputaaku etc. Considering that two new god characters were introduced in recent chapters (Zonze Ge and Gu La) this seems to suggest that this is the last new supernatural being we’ll see for a while, unless Kei Kamiki decides to add some more. That might be not such a bad thing, given how many different characters are currently in play.

Moreover, Muscar’s role appears to be much different from any of the other characters introduced thus far: he’s a proper antagonist, dedicated to reestablishing the rule of the Old Gods and bringing the other pillars under his control. He’s also the one who broke the sealing gems that once housed Magu and co. by using his ‘power of fate,’ reviving them in their diminutive forms. That’s all part of his plan, as he took the time to restore his body and gather his power.

Seeing what kind of an effect a proper antagonist will have on the story of Magu-chan will be interesting to say the least, although it’s hard to gauge just how serious we should take this development. Previous characters have been introduced as antagonists in the past only to be ‘defeated’ and reintegrated in the main cast, so it’s possible this will happen to Muscar, too. Only time will tell.

You can read Magu-chan chapter 34 for free via VIZ Media.