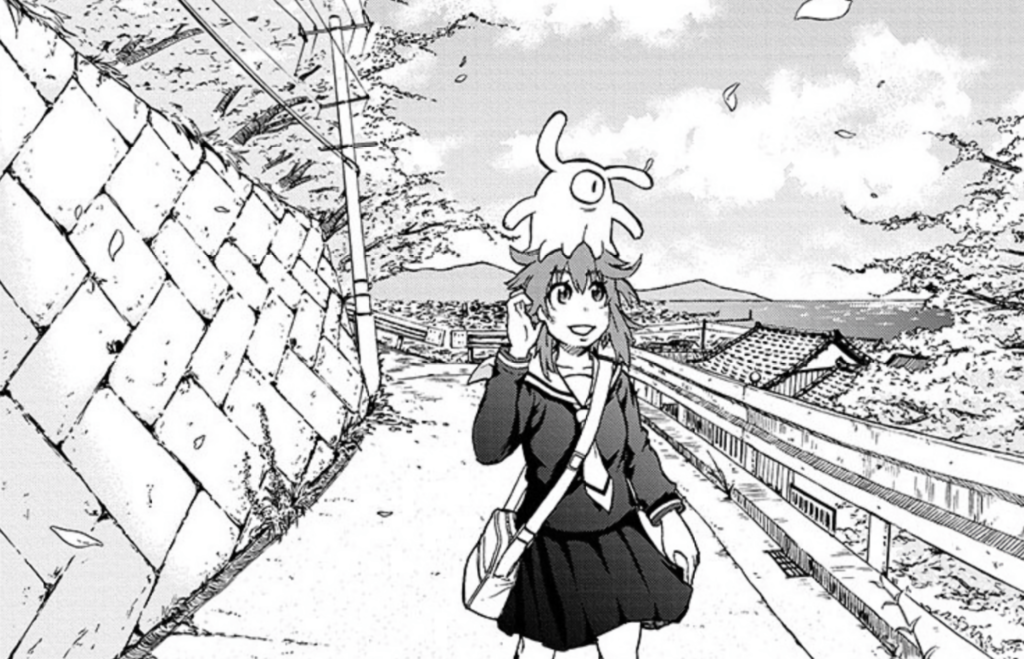 The beginning of a new week can only mean one thing: time for new Weekly Shonen Jump! This is where Jacob investigates the latest and greatest in the magazine, telling you what’s worth your time and what’s not. You can find coverage of other series under the tag Jump Time. Here’s Magu-chan: God of Destruction chapter 39.

Just as the titular God of Destruction gets worried about the slow rate of new entries into his BFF book/Book of the Destruction Disciples’ Blood Oaths, a new school year presents new opportunities for cult recruitment in Magu-chan chapter 39.

Most slice of life series don’t tend to advance their timelines or change their settings at all, let alone as frequently as Magu-chan: already, we saw the series move from an ‘endless summer’ setting to a school one back in chapter 12, and now the main characters are moving into their third year of middle school. By contrast, only about a year has passed in the universe of Detective Conan! Both approaches undoubtedly have their own merits, but Kamiki Kei’s willingness to change up the status quo is one of the many ways in which Magu-chan is so special.

In any case, a new school year brings with it several anxieties for our human characters: namely, the prospect of being put into different classes. Ren’s happy that he’s in the same class as Ruri, at least, but Magu only has one thing on his mind: cult recruitment. He tries to take over the new semester by disguising himself as a human and infiltrating Ren and Ruri’s classroom, but it doesn’t take long before he’s discovered. 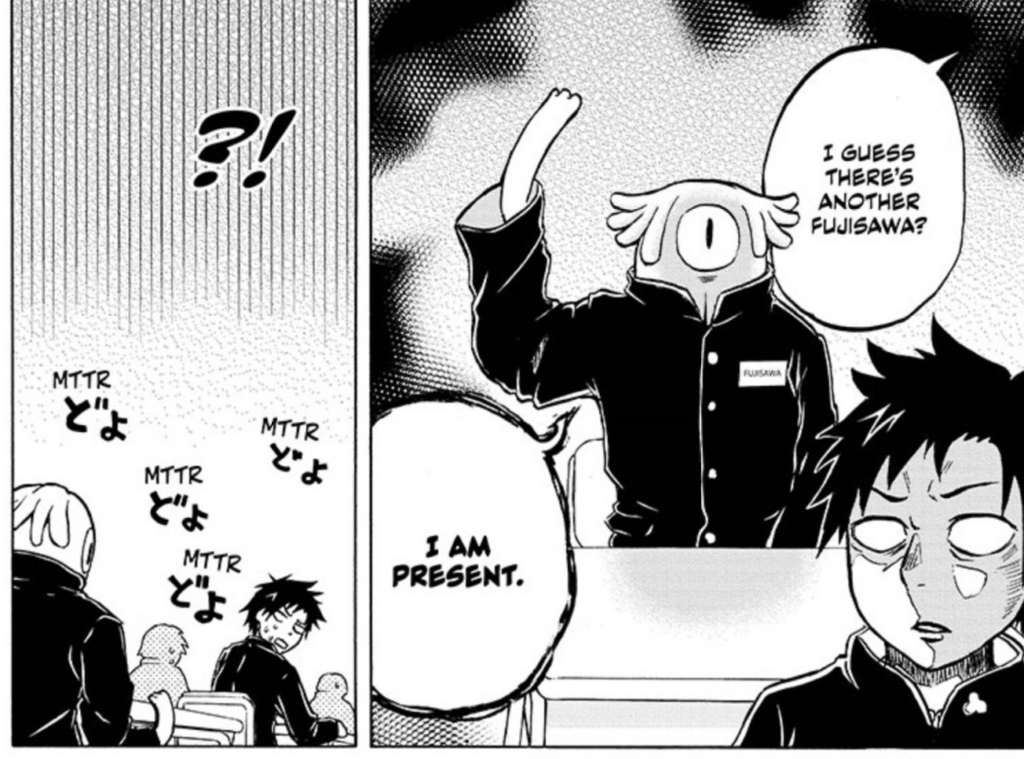 This is the first time in a while we’ve seen Magu’s ‘human’ form: I think the last time was the absolutely hilarious early chapter where he went to the convenience store, so it’s good to see it back. Even Uneras is getting in on the fun, dressing up as a high school girl in her typical outlandish fashion: she stans humans, after all.

Undoubtedly the funniest part of Magu-chan chapter 39, however, is when Magu inadvertently breaks up a scene of bullying and ends up intimidating a wannabe delinquent. Seeing how the primordial being manages to make his power clear is fantastic, making a compelling narrative out of an otherwise already hilarious situation.

The changes in the setting manage to keep things feeling new and fresh, but it does pose the question of what is going to happen once Ruri and co. finish their final year. Will the series continue into high school? Or is Magu-chan chapter 39 one step further towards an eventual ending? I don’t know, but I laughed quite a lot.

You can read Magu-chan chapter 39 for free via VIZ Media.