Magu-chan Chapter 49: When You Wish Upon a Star – Jump Time 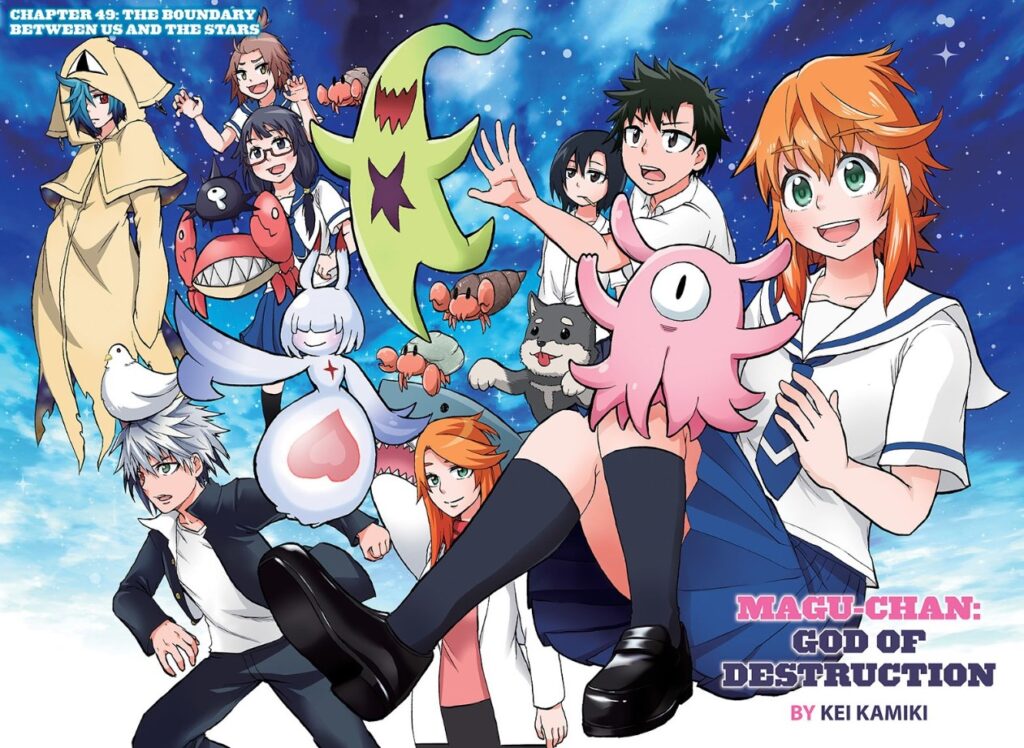 The beginning of a new week can only mean one thing: time for new Weekly Shonen Jump! This is where Jacob investigates the latest and greatest in the magazine, telling you what’s worth your time and what’s not. You can find coverage of other series under the tag Jump Time. Here’s Magu-chan: God of Destruction chapter 49.

Has it really been a whole year since Magu-chan first hit the pages of Weekly Shonen Jump? To me, it feels like just yesterday, but at least chapter 49 gives us an excellent opportunity to reflect on the journey thus far.

One of Magu-chan’s surprising strengths that has become apparent in recent months is its strict adherence to the Japanese festival calendar, as well as its ability to use real-life customs as a way to showcase the personalities of its cooky characters. Last week, it was a touching Father’s Day story, while this week, it’s the Tanabata wish-making festival.

Admittedly, Tanabata isn’t really meant to celebrate anniversaries per se, but Magu-chan chapter 49 somehow manages to make it work. Once Magu learns about the star-crossed lovers Orihime and Hikoboshi, he decides to use it as inspiration for his celebration to mark one year since he first came to Japan. This makes sense, considering just how much he desires veneration. 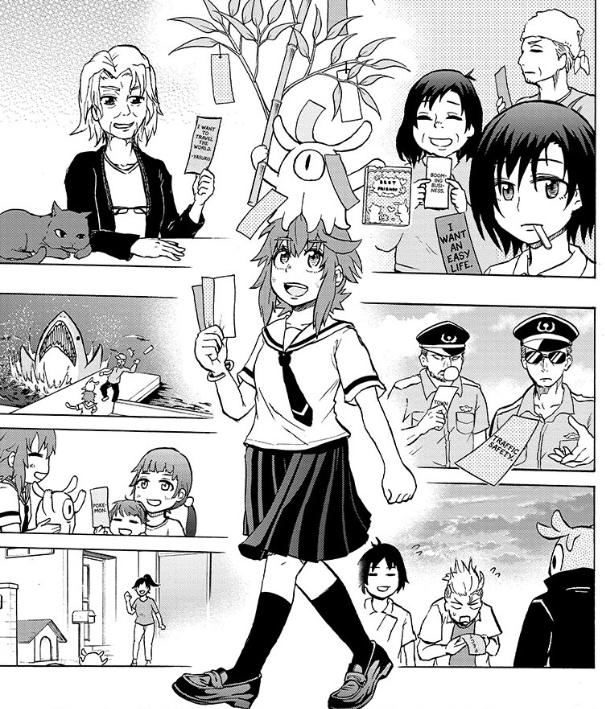 Each one of the wishes that the characters make and the way that they make them shows off their personalities perfectly. Yuika very quickly writes down ‘no more tests,’ which nearly results in Magu blowing away the whole school. Napu indulges in his hobby by wishing for ‘cooking room knives,’ while Izuma reveals his own insecurities when he writes down ‘I want to be able to give my attacks better names.’ Even Muscar gets in on the fun despite supposedly being an antagonist, wishing for ‘total domination over humanity.’

All of this builds up to the high point of Magu-chan chapter 49: when Magu fires a massive destruction beam up into the sky to create a bunch of shooting stars. According to Ruru, this is so that ‘everyone can wish as much as they want,’ given that any wish made on a shooting star will surely come true. To be honest, this feels a little contrived, but the main point is to provoke a parallel with the end of the first chapter that was published one year ago.

Now that Magu-chan has safely made it through one full year of serialization, it seems unlikely that it will be going away any time soon. The series also just got its own Twitter account, by the way. Don’t forget to give it a follow!

You can read Magu-chan chapter 49 for free via VIZ Media.