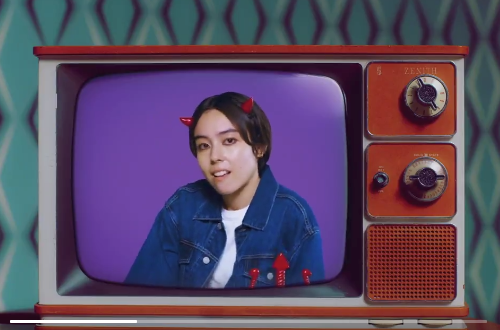 A song in a well-placed advertising campaign can be a breakthrough moment for an artist, even in the fragmented music landscape of 2019. This goes doubly so in Japan, where TV commercials and tie-ups remain one of the best ways to connect with more mainstream audiences. I mean, one of the biggest songs of 2019 is a cover of the “Numa Numa” number done by the Kiwi Brothers, who are anthropomorphized kiwi promoting said fruit. Thank the fact this appeared, like, every break in TV programming for like a month.

Scoring a billboard / commercial ad centered around the busiest train station in the world, then, is a huge win for an up-and-coming artist in modern times. That’s just what happened to rising act Maika Loubté, whose newest song “Numbers” serves as a theme for a campaign being run by department store Flags, located right next to Shinjuku Station. It will play on a big video screen outside, among other places. Check out a snippet of it (and the new number) below.

For context, Flags is one of the larger department stores in the Shinjuku area and is actually located right next to the Southeast exit of Shinjuku JR Station (it’s the one with Tower Records in it). There’s a huge video board right on the center of the building, usually playing a variety of ads and music-sale charts. Loubté’s ad for the store will air about every 15 minutes according to the artist’s tweet. It’s also safe to assume it will play inside Flags, on the screens against the escalators, and can probably be seen in other places as well.

One slight mystery, at the time of writing, is how all of “Numbers” actually sounds. The preview put with the ad hints at a jaunty synth-pop number anchored by some nice vocal rises come to the hook. Then again, that’s just 45 seconds of it! Stay tuned for info on when the song itself emerges. If you can’t wait, go over to flags and stare at the big screen for about 15 minutes.