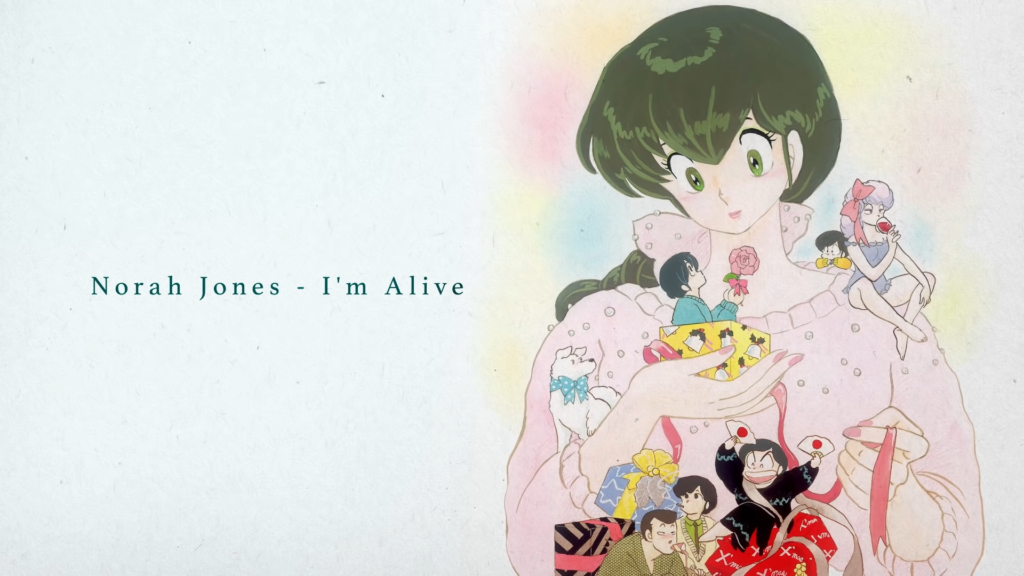 Do you ever just see an image, or simply read a sentence, where to names that could have never been anywhere near each other are in fact touching? Now and then, Japanese and Western art meet in and out of anime. Gucci x One Piece sounds ridiculous on its face, but with both generating billions of dollars in sales, the collaboration makes perfect sense from a business standpoint. Similarly, the Billie Eilish and Takashi Murakami team-ups are also a melding of worlds that you can wrap your head around. This Norah Jones x Maison Ikkoku music video, however? No one could have guessed this would be a thing.

This Norah Jones and Maison Ikkoku collaboration seemingly comes courtesy of her Japanese label Blue Note Record, specifically with the intent to encourage people to keep up the fight against Covid. ‘I’m Alive’, which also features a writing credit from Wilco’s Jeff Tweedy further expanding this crossover, was a single off Norah’s 2020 album ‘Pick Me Up Off The Floor’. The video uniquely presents the classic Maison Ikkoku romance from Kyoko Otonashi’s perspective, opposed to the comic’s actual protagonist Yusaku Godai. Manga author Rumiko Takahashi was honored to work with the Grammy award-winning singer.

While some readers might just think of Norah Jones as the singer of that song you awkwardly slow danced to at your middle school ‘Prom’, she’s gone on to not only win 9 Grammys but sell over 50 million albums making her one of the best selling artists ever. This combo is a higher profile collab than it seems on the surface, but we still wonder who it’s for. While it’s one of our all-time favorites and we’re always happy to see this manga in the limelight, Maison Ikkoku turns 40 this year and is hardly topical even. That said, you shouldn’t bite a gift horse in the mouth.

Maison Ikkoku is being rereleased by Viz Media currently.