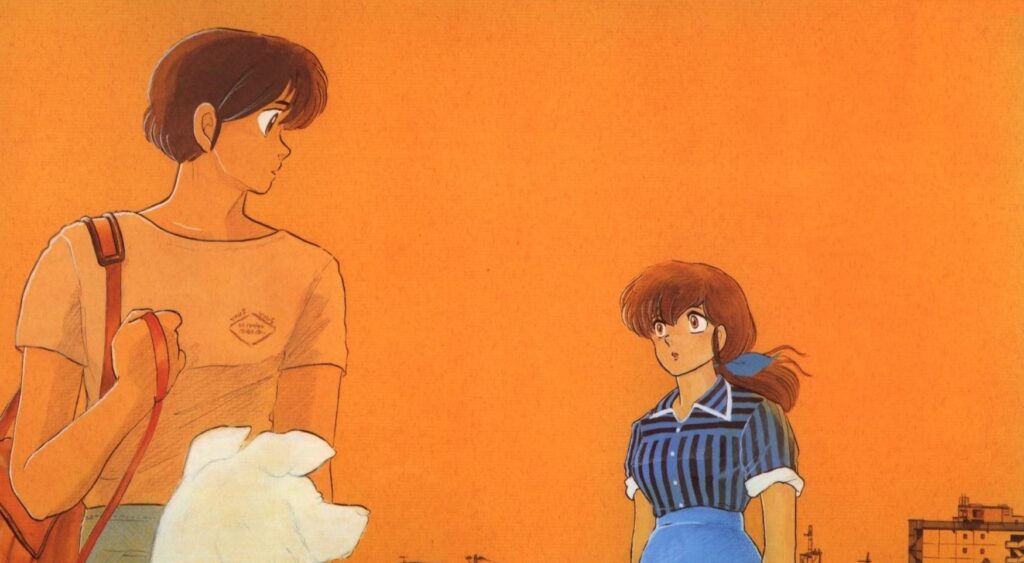 Why You Should Read Maison Ikkoku, A Quiet Triumph From The Creator of Ranma and Inuyasha – OTAQUEST Selects #10

In the modern-day, when the term ‘slice of life’ gets thrown around in regards to anime or manga it conjures a specific image;   A group of three to fiveish high school girls getting into such trouble as stating a rock-band, figuring out the best way to eat a chocolate pastry, or for some reason all falling in love with the same lame-ass nerd. Not that all these shows are bad, we’ll always champion Azumanga Daioh and Nichijou, but despite the genre these types of series are labeled they don’t actually reflect real life all that much. No personal growth and no consequences, we don’t need necessarily slice of life stories to reflect all the horrors of life but wouldn’t it be nice to have stories that were at least true to them? Clearly people find depictions of daily life to be enjoyable, with Japan’s longest-running anime Sazae-San being nothing but that, but the minutia of daily life always builds into a new tomorrow with risks and rewards. What if you want all the charm of a slice of life show but also something salient without ever getting heavy? Enter the small-time genius of Rumiko Takahashi’s Maison Ikkoku, a manga that makes something wonderous and unforgettable out of day to day life. 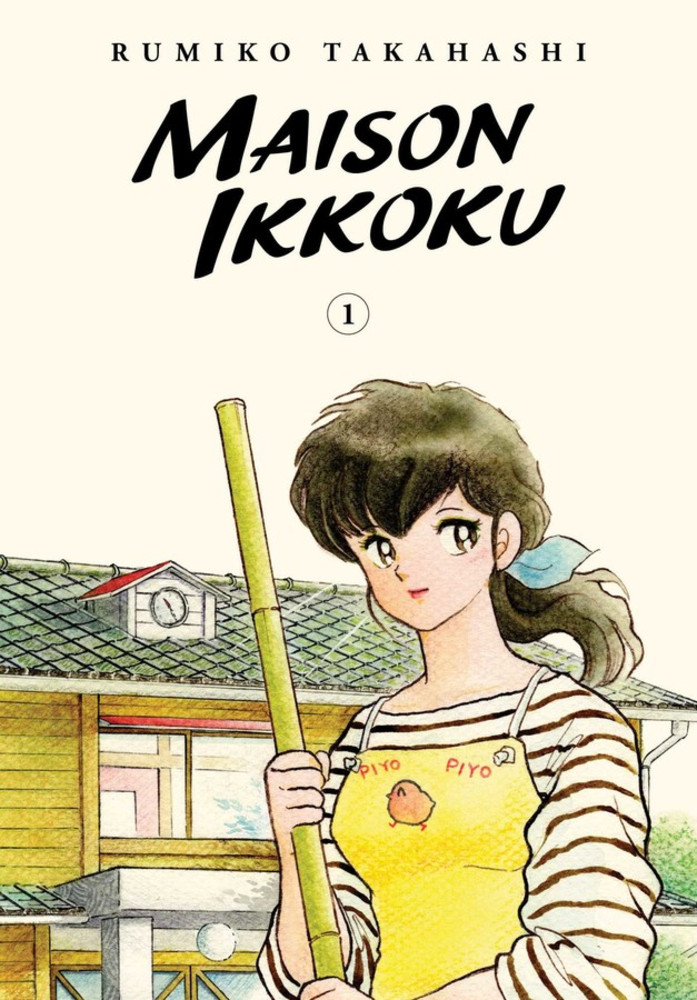 You never need a reason to recommend Rumiko Takahashi’s Maison Ikkoku. The most refined and adult major work by the creator Inuyasha and Urusei Yatsura, like gravity and taxes the fact that Maison Ikkoku deserves your time remains a constant truth of this universe. Why we’re recommending it to you now though comes from the fact that after being out of print stateside for a good 15 years, Viz Media is finally bringing back this cherished classic manga in a deluxe omnibus format. They’ve spent the last few years reprinting Ranma 1/2 and Urusei Yatsura, also well worth your time of course, but with this one in limbo for so long its return feels extra sweet.  With both a new translation and a handful of chapters that were omitted in previous U.S. based editions of the work, this long demanded rerelease deserves a spot on the shelves of every manga collector.

The Simple Magic Of Maison Ikkoku

Living in a big house with all your friends sounds like a dream come true… unless your friends are a tactless drunken housewife, a shameless drunken barfly, and a mysterious drunken pervert who all make your every day a living hell. On the verge of moving out, aspiring college student Yusaku Godai risks his sanity further when the beautiful young Kyoko Otonashi moves in to be the new apartment manager for the Maison Ikkoku. He quickly falls in love, but as it turns out she’s a young widow with a closed-off heart. To make matters worse, the penniless young man has stiff competition in the form of handsome, athletic, and well to do local tennis coach Shun Mitaka. Set in a time before smartphones and social media, this 80s neighborhood romance remains one of all the time classic works. Even if some of Rumiko Takahashi’s other series are more famous, this one perhaps is the most endearing.

If you’ve ever read Ranma 1/2, Urusei Yatsura, or Inuyasha, you know exactly why Rumiko Takahashi is a master of her craft. Her illustration isn’t extremely detailed and her characters tend to be simply designed, but said simplicity allows for a wide range of expression  Like her close colleague Mitsuru Adachi, Takahashi is the type of manga artist who can convey 1000 words with a character’s single facial gesture.  Maison Ikkoku’s the perfect venue for saying a lot with a little. Short forlorn glances, flashes of annoyances, sighs of depression, of course, you can find these in most any manga but the way Rumiko Takahashi can pen a face takes you into a character without the need for long, introspective monologues. Whether we’re talking a serious confrontation between Yusaku Godai and love triangle rival Shun Mitaka, or some cheeky hijinks at the boy’s expensive via apartment dwellers Akemi and Mr. Yotsuya, there’s a subtle yet real elegance in the way the cast moves and operates on each page. Ultimately, it makes for an enduring, timeless work. 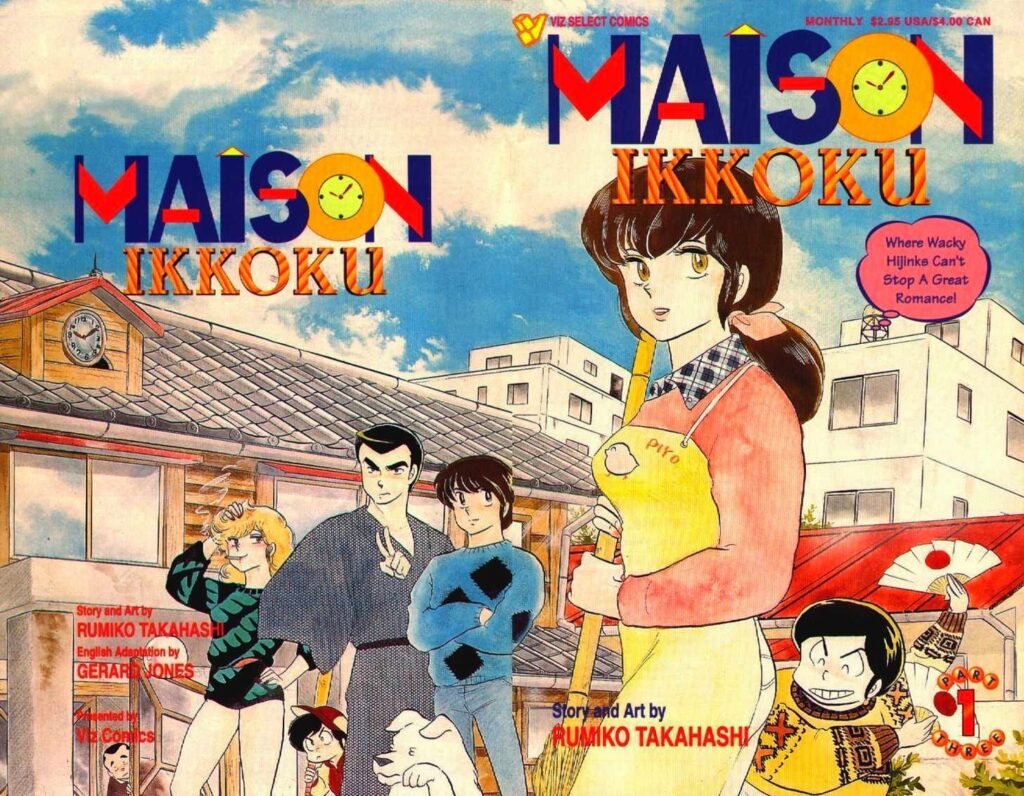 Kyoko Otonashi beautiful as she is was never the mascot that Urusei Yatsura’s Lum-chan became, nor was the idiotic yet earnest Yusaku Godai a beloved shonen figure like that dog boy Inuyasha. A mostly down to earth manga with a comedic sensibility not too separated from reality, it’s lack of the fantastical highlighting the minutia of everyday life is what made the comic so charming. In the years after up until our modern era, you can still trace its influence; One of the first big comics to feature romance from the male perspective, it near immediately brought on the likes of Kimagure Orange Road which lead itself to works such as Video Girl AI, and then Love Hina. Those 90s and early 2000s male-centric romance stories helped bring about the types of Harem shows which would lead to the Isekai boom. Okay, maybe the Maison Ikkoku to Isekai pipeline is a bit of a stretch, and its legacy is worth far more than you dime-a-dozen light novel anime, but admittedly it did perfect the art of making love stories palatable to male audiences.

While Takashi’s influence can be seen all over the place, Maison Ikkoku’s particular energy can’t be found anywhere else. A ‘slice of life’ story in the truest sense,  the beloved manga makes the smallest of interactions between a bunch of maladjusted weirdos a riot. Getting too drunk and confessing your love at the top lungs on the walk home, dealing with your mysterious neighbor breaking into your meager apartment to steal your cup ramen, the hot Tennis coach with perfect teeth putting the moves on your building manager again, Yusaku’s problems genuinely are slices of life. Made before Japan’s bubble era kicked off, and thus not overly indulgent in flashy fashion and dated cosmopolitan sensibility, the comic’s modest setting of your typical lowkey Japanese neighborhood wasn’t only the exact perfect setting for Yusaku Godai and Kyoko Otonashi’s potential romance but also one that keeps the work from coming off dated. People who don’t like classic anime and manga because ‘it looks old’ shouldn’t have too much of a problem adjusting its lackadaisical pace. It just feels so good to read.

What Maison Ikkoku Has To Offer Can’t Be Found Elsewhere 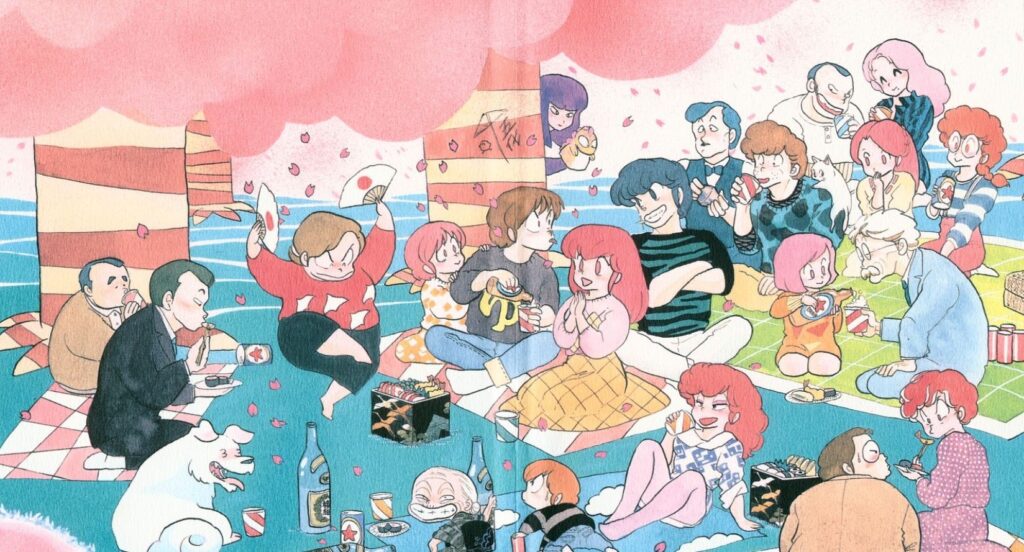 Whether you want to chalk this manga’s magic up to Rumiko Takahashi’s mastery of comic atmosphere,  it’s laid back but ultimately empathetic look at a young man trying to win over someone out of his league, or how it squeezes out absurd amounts charm from of daily life, Maison Ikkoku is the warmest squeeze every time you read it. There’s an x-factor that comes from these endearing elements entirely unique to Maison Ikkoku that gently cups your soul and never lets go.  40 years later and the rotting floorboards, the beautiful manager, and the late-night parties haven’t lost an ounce of their appeal. It’s not a whirlwind Shinkai romance nor a groundbreaking character study. But! When you’re in the Maison Ikkoku boarding house, lazing the days away with its rowdy tenants, watching Godai mess it up for the 12th time, you start to realize you’ve been home all along.

The first volume of Viz Media’s deluxe reprint of Maison Ikkoku comes out on September 15.