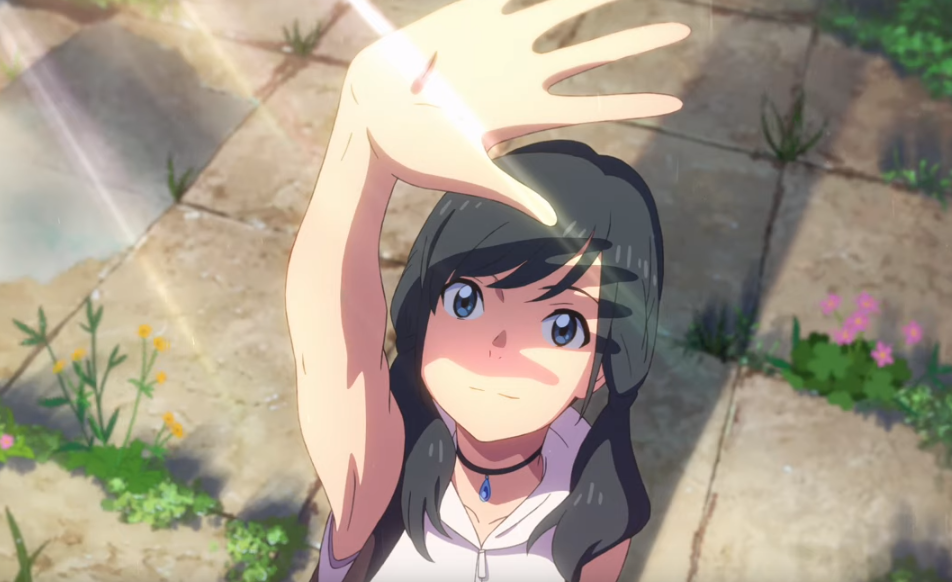 For close to two decades now, Makoto Shinkai has carved a one of a kind niche for himself in the world of anime. If you’ve seen even a single one of his movies, you know no other anime director approaches his level of heart-ache and longing in their films.

While his 2007 piece 5 Centimeters Per Second made huge waves throughout anime fandom, his 2016 masterpiece Your Name.  transcended the anime fan only barrier and wrought emotional havoc in the hearts of millions around the world; A true international phenomenon.

While Your Name. may be the first, if not only, Makoto Shinkai many out there have seen, he didn’t get to that landmark film without years and years of hard work. The director’s grown quite a filmography since his 2002 major debut Voices Of A Distant Star.  Anime advocates and active anime fans have plenty of reasons to cite Makoto Shinkai as one of the best directors in the medium.

Since then he’s enraptured more and more people, simultaneously bringing tears to their eyes and inspiring wonder in their hearts. Here’s a brief but comprehensive guide to Shinkai’s artistic output and what makes his creative efforts so alluring, despite all the bittersweet feelings they inspire.

A Brief History of Makoto Shinkai Before He Hit His Stride

Since the release of Your Name., Makoto Shinkai has become a household name in Japan and has increased his visibility many times over in other countries as well. He originally hails from Nagano Prefecture a few hours west of Tokyo. Despite becoming a world-famous anime director, Shinkai studied Japanese literature when he was a student at Chuo University.

He held a few different jobs before succeeding in the film director’s life. In the past days, he was a graphic designer for Falcom, the game company famous for the Y’s series. He also spent time as a manga artist before becoming a particularly successful Japanese animator, though he never had a big hit in that medium.

After making the award-winning 5 minutes animated short piece She And Her Cat in 1999, he received funding to make his debut film Voices of A Distant Star. Also rather short at 30 minutes and being made by Shinkai almost entirely alone, he was able to start making real deal feature-length works after.

Below is a handy list of Makoto Shinkai’s mainline movies. We’ve omitted a couple of minor shorts and pieces he didn’t actually direct to keep things simple. If you watched Your Name. and are wondering where to go next, hopefully now you can.

Despite being only 30 minutes in length, Voices Of A Distant Star is generally considered as Makoto Shinkai’s first film. It’s a sc-fi story in which a couple is separated by space and time. The girl is chosen to explore new areas of space and as she zips away at light speed, what’s days for her becomes weeks, months, and years for her boyfriend back home.

When the film fest came out, Makoto Shinkai and his then girlfriend provided the voicing for the film as they didn’t have the access or funding for proper actors. Eventually though he was able to direct professionals, completing the film once and for all when it was released for DVD in Japan. Despite it being an early effort, we wholeheartedly recommend going back and watching this.

The Place Promised In Our Early Days, 2004

Shinkai’s first full-length film! The 2004 effort centers around a trio of friends trying to rebuild and getting a plane to fly in an alternate history Japan. One eventually goes missing, but life goes on.

While he didn’t animate the whole movie by himself like his previous work, The Place Promised In Our Early Days is a Shinkai work through and through. Written, produced, and directed by the man himself, it was important for Shinkai to take on as much as possible despite opening his production to outside help.

Shinkai’s first huge success comes in at just an hour, but 5CM Per Second hits so many emotional notes in 60 minutes you’ll come out a different person. It follows a pair of junior high school kids who realized they liked each other a little too late. The flim skips ahead to the highschool years when they live apart, and finally, you see what happens when they’re adults. We guarantee you’ll be screaming at your TV.

Until Your Name. came out, 5 Centimeters Per Second really was considered the Makoto Shinkai film. In 2007 and 2008 it was every anime fan’s favorite film, and we all enjoyed the spare experience of crying together. Unlike its younger sibling though, the artful film never crossed over to a more mainstream audience.

The most not-Makoto Shinkai Shinkai film! People say Children Who Chase Lost Voices has a Ghibli influence, and maybe that’s not wrong, but the work was Shinkai trying his hand at a fantasy story. People generally say it’s not one of his best.We do think its worth noting that Shinkai tried stepping out of his boundaries for Children Who Chase Lost Voice, even if it didn’t net the most positive results. He’s stuck with his more trademark bittersweet love-stories since then but maybe someday he’ll try a fantasy title again! His most recent works do incorporate more fantastical elements than before.

Garden Of Words is another hour long stint by Shinkai that cuts directly to the heart of things. This time, the duo in question are an aspiring 15 year old who has a passion for making shoes and a mysterious office worker he keeps meeting in a park. The film features some especially beautiful animation and,  don’t worry, nothing illegal happens.

Some say, including Makoto Shinkai albeit jokingly, the film has a somewhat fetishistic edge to it. While the overindulgence in content of a certain kind can’t be ignored, being a key subject of the film and all, we recommend giving it some leeway in the name of art. It all comes off as very tasteful in practice.

The big one! Your Name. elevated Makoto Shinkai from being a big name in anime to being a world-renowned director. A pair of strangers who switch bodies throughout time, the film was less indulgent in longing and melancholy compared to Shinkai’s earlier works and perhaps that’s what made it more appealing to general audiences.

There’s no underestimating just how much of a success Your Name. turned out to be. Eeking past literally every Studio Ghibli movie including Spirited Away, Makoto Shinkai’s masterpiece is now the highest-grossing anime film ever having made nearly 360 million dollars. No wonder all eyes have been on him since its release.

Makoto Shinkai’s latest film! While not a full fantasy element, Makoto once again returns to otherworldly elements with the inclusion of a girl who can control the weather. She’s befriended by a boy who ran away to Tokyo and, we’ll , you’ll have to watch to see the rest. People have said the ending really sticks with you.

Generally, there are two broad components that Makoto Shinkai is known for in his films. One, we’ve already talked about extensively; He’s the master of depicting the emotional, tumultuous, feelings of longing for lost love and pining for someone that isn’t there. Of course, Shinkai also brings a unique visual aesthetic to all his pieces.

You instantly know a Makoto Shinkai background when you see one; Dynamic and endless even when depicted in small spaces like the inside of a convenience store. As we said, he breaks your heart and inspires wonder within it all at the same time.

Weathering With You
5 Centimeters Per SecondChildren Who Chase Lost VoicesGarden Of WordsMakoto ShinkaiThe Place Promised in Our Early DaysVoices of a Distant StarWeathering With Youyour name.
Join Our Discussions on Discord
Join Now