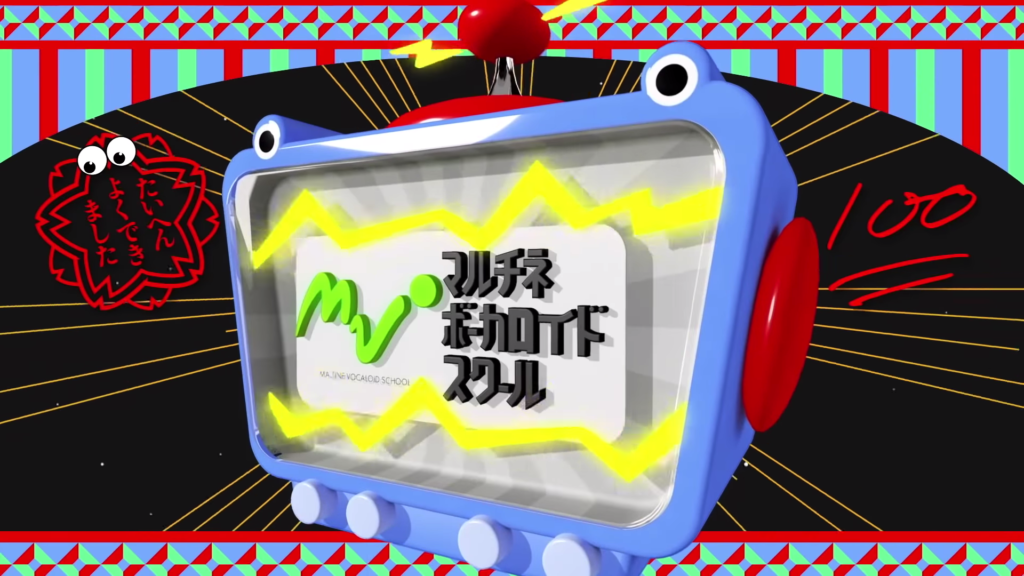 The voice synthesizer needs no heavy introduction even to audiences outside of Japan these days, already seen taken to its limits from EDM robot ballad duets, noise legend deconstruction, or even kitschy posthumous Prince covers. Vocaloid knows no limits to fandom, irony, and widespread accessibility.

So what’s left for the now 12-year-old piece of software? Perhaps the basics; an instrument rooted in the purity of creation, and the fascination of bedroom trackmaker malleability. The latest compilation by Maltine Records entitled “Maltine Vocaloid School” may seem like it came just a bit too late for the net, but it’s in fact very much of its time, embracing Vocaloid for its canonized flexibility and personality, right on the ball for Yamaha’s recent software overhaul in Vocaloid 5.

PARKGOLF’s own “Hiyamugi” serves as the compilation opener, reworked into a new stripped-down, IDM-esque bit when compared to an original version of the song released in August. All at the same time, Tomggg’s “Tonight” is a frenzied ringtone club-bumper, contrasting directly with one of Pa’s Lam System most chilled-out tracks to date, “Day Dream.” Of course, Pascom Music Club does what they always do best — personifying their brand of retro computer city-pop into a nostalgia akin towards watching your laptop fade into a summery ocean vacation screensaver. Their closer track “Bright” is the mini-compilations crown jewel.

No songs reach even over 4 minutes long, nor contain the usual maximalist EDM tropes explored amongst its artist’s recent catalogs. Instead, “Vocaloid School” opts for these calmer, loopable BGM-esque soundscapes, utilizing Vocaloid simply for textural purposes.

The result is emotional, longing, and explored now within the context of changing history throughout Vocaloid and Maltine – timeless. Such sense of longevity feels intentional, as the release notably refers to itself in genre as “DTM,” an exclusively Japanese musical term also known as “desktop music,” which describes software & computer music and was used frequently to categorize Maltine’s earlier releases.

The compilation is also treated with its own special landing page. For anyone following Maltine Records since its inception, the moments of seeing a new release and clicking to find more than just a download folder has always been one of its biggest treasures.

In addition to the compilation being made available for digital download, the four artists also give their own Vocaloid class, breaking down their tracks across four segments. Hosted by labelmate Okadada, as well as a floating 3D rendered head of label founder Tomad who refers to himself as a “Virtual YouTuber” on numerous occasions, these videos are a rare insight into their songwriting processes & serve as a reinforcement of the humanity behind the digital, coupled with Maltine Records’ often bizarre, self-aware humor.