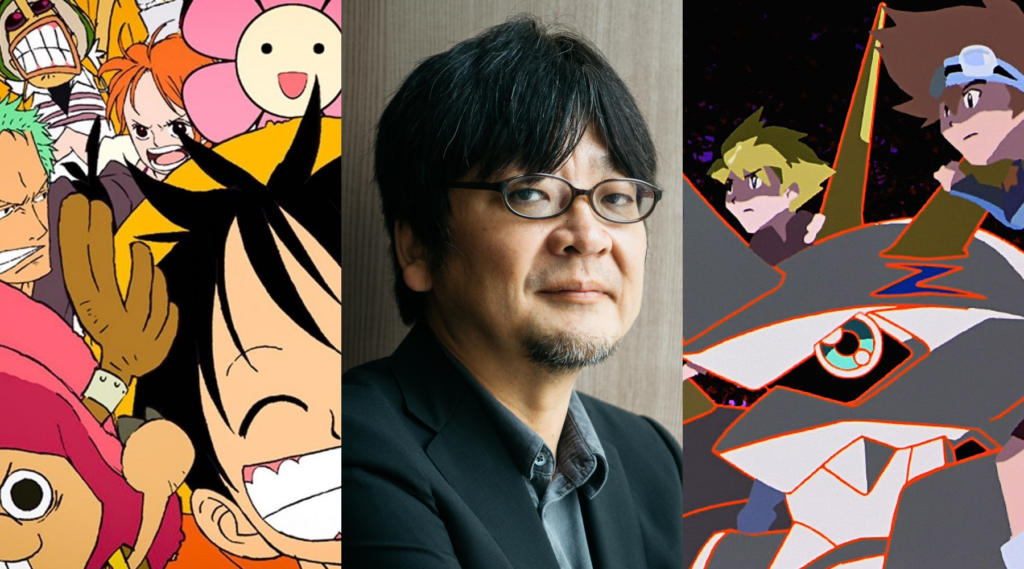 Time seems to have flown right by since we last saw a Mamoru Hosoda movie come about, despite all the simulation-shattering nonsense that’s occurred after 2017’s Mirai. The Oscar-nominated Mamoru Hosoda’s once again unleashes his internationally renowned directorial efforts unto the masses with The Dragon and the Freckled Princess, more reasonably titled Belle for international release. Some extra talent was employed: Tangled, Frozen, and Moana character designer Jin Kim contributes the titular character’s design.

In addition to that regular world we all live in, the movie will also partially play out in a massive online space called ‘U’, not exactly new territory for the creator. Long-time Hosoda watchers know he’s approached this dichotomy in 2009’s Summer Wars, itself a reimagining of his even-older Digimon movie Our War Game. When he started making original movies he amassed an audience, but with him routinely returning to tread territory, we want to reexamine that history and the potential lost futures.

Mamoru Hosoda’s origins have roots deeper than most people realize, with his breakout film The Girl Who Lept Through Time manifesting almost 20 years deep into his animation career. Despite majoring in oil painting at Kanazawa College of Art (which also boasts manga extraordinaire Akiko Higashimura, Studio Ghibli director and Studio Ponoc founder Hiromasa Yonebashi, and Mr. Mario himself Shigeru Miyamoto as alumni), Hayao Miyazaki’s seminal pre-Ghibli Lupin The Third flick The Castle of Cagliostro sparked his desire to animate professionally.

While Miyazaki would turn down his application at Studio Ghibli, though praising Hosoda in his rejection letter, he would find work at good old TOEI Animation. There, he work-horsed on Dragon Ball Z movies, a bit of Sailor Moon, some One Piece, you know, the classics. Someone there had to like what he was doing, having handed him the keys to a couple of their biggest moneymakers in the early 2000s, and he damn sure put his spin on them.

One year later, the Hosoda-directed Our War Game! screened alongside the first-ever One Piece Movie, featuring an appropriately aged Taichi fighting an evil Digimon online to stop US-launched missiles from destroying Tokyo.

Even in these early directorial works, that were based on a cartoon-franchise made to sell toys and games, Hosoda proved his aptitudes for resonance and charismatic visual story-telling clear as day. By treating children’s emotions and their worlds seriously, these films (they were spliced into the singular American Digimon: The Movie) remain salient, even when their dubbed versions overlay The Barenaked Ladies and ‘All-Star’ over them.

Studio Ghibli co-founder Toshio Suzuki was so impressed by these Digimon escapades that he offered Mamoru Hosoda the director’s chair on Howl’s Moving Castle. He accepted but then left because of creative differences and not wanting to make a ‘Miyazaki-like’ film, which worked out as we got the Miyazaki-directed Howl’s Moving Castle and the single best piece of One Piece media that’s not the original manga.

2005’s One Piece: Baron Omatsuri and the Secret Island reached artistic highs far beyond any other long-running shonen tie-in movie at the time. De-escalating the Straw Hat’s exaggerated personalities by just a smidge and gleefully engaging in subtle character minutia, he revealed an additional depth to them and offered an original imagining on what One Piece could be without sacrificing Oda’s vision. More than this, his unique take on depicting what Luffy stretching around looks like makes the film a joy.

Hosoda the Film Director Versus Hosoda the Animator

Just one year later, Mamoru Hosoda would release The Girl Who Lept Through Time to rave reception worldwide, cementing his specific path as an anime film-maker. He’d follow that up with his Digimonless Digimon remake Summer Wars, equally beloved in the canon and anime movies, and then form Studio Chizu where he’d animate Wolf Children and everything that came after.

You’d regularly see reviews for earlier-original works claim ‘he’s the next Miyazaki’, despite him previously turning down the chance to be literally that, an optimistic sentiment perhaps urged by fans wanting to put their hopes in somebody after Satoshi Kon‘s unfortunate and surprising early passing. Certainly, Mamoru Hosoda knows how to string together competent anime films as he continued to do in Boy and The Beast and Mirai.

One could argue that his later works are too concerned with being films before works of animation; That art-of-animation potential last exercised in bringing Luffy to life could have led him down Masaaki Yuasa’s path, routinely pushing the limits of Japanese animations.

Weirdly those comparisons to Miyazaki, whose abilities to depict how things move so visually compelling they’re second to none, made more sense before Mamoru’s name was a known commodity. When asked what one’s favorite Hosoda movie is, most people respond Summer Wars or Wolf Children. No one would call the two works he made after bad, but they’re a little to comfortably set in Hosoda’s routines to have made a lasting impact.

We’re glad The Girl Who Lept Through Time fully realized the directorial potential Hosoda exuded in his rather sublime Digimon interpretations, but perhaps people would cite The Boy and The Beast and Mirai more if they ventured further into more ambitious animation than a One Piece movie nobody ever saw fit to see in English.

With Belle set to further retread his old thematic haunts, we can’t help but wonder what if there had been a different Mamoru Hosoda…