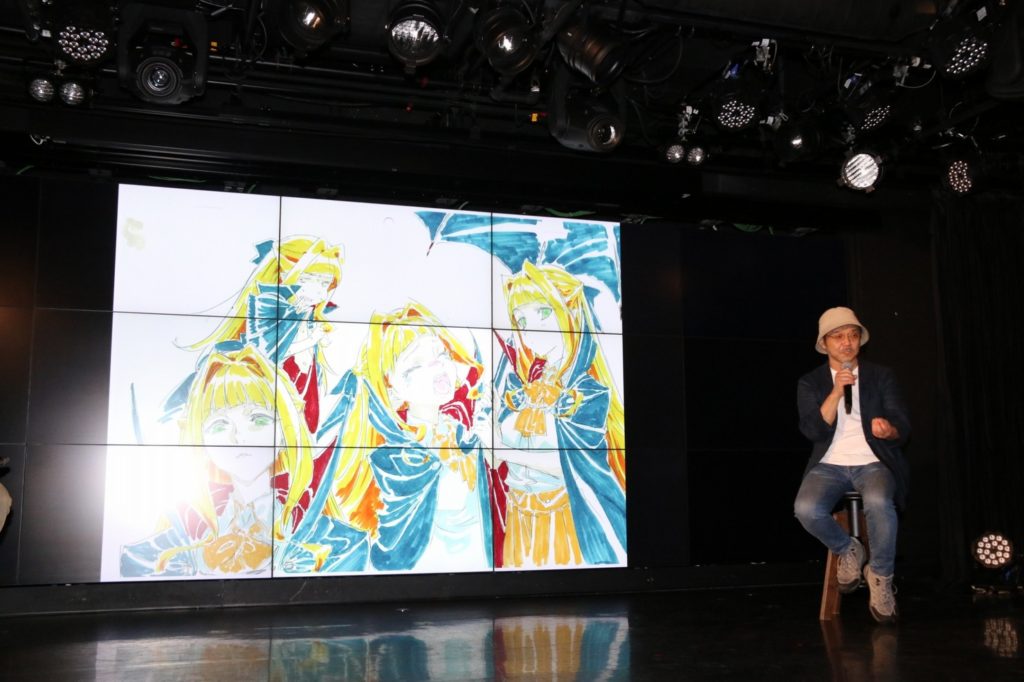 We’ve finally got some details on the highly anticipated new anime project from the legendary Mamoru Oshii, who is returning to the world of anime after a 10-year absence. At an event on July 26, Mamoru Oshii revealed his new anime to be the TV series Vlad Love, a slapstick school vampire comedy that harkens back to the creator’s own roots.

For Vlad Love, Oshii has enlisted the help of long-time collaborator Junji Nishimura, whom he last worked with on the Urusei Yatsura TV anime at the beginning of his career. Nishimura will be serving as director of the project under Oshii as chief director.

Aside from the fact that they go way back, it’s obvious why Oshii enlisted Nishimura for his new anime. According to Oshii, Vlad Love will be a “slapstick comedy” featuring vampire high school students, and he promises that there won’t be any “handsome guys or anything like that.”

This very much harkens back to the love comedy genre of Urusei Yatsura, the anime on which Mamoru Oshii got his start as a director, but hasn’t touched again for a very long time.

With the help of Nishimura, Oshii said that he hopes to do a “girl-meets-girl story justice.” He also said that he’s actually been planning the series with Nishimura for a while now, ever since the production of the Garm Wars live-action film finished in 2014.

After Urusei Yatsura, Oshii said that he had “decided not to do series anymore,” instead preferring to direct movies, of which he ended up making more than a few classics. But then, around “2 or 3 years ago,” he had a “change of heart” and ended up wanting to direct a new TV anime once more.

Joining Oshii and Nishimura on Vlad Love will also be Kei Yamamura, who will be writing the scripts after already working with Oshii on The Next Generation: Patlabor series of live-action films. Araraki Issei, who has mainly been working with Studio SHAFT on the Monogatari and March comes in like a lion TV anime in the past couple of years, will also be handling character designs for the project.

If you were to ask me back when Mamoru Oshii’s new anime was announced what the project would end up being, I certainly wouldn’t have answered with a ‘slapstick school vampire comedy.’ After all, I mainly know Oshii for his more serious science-fiction works. But, on reflection, this seems to be more of a return to the director’s roots than it may have first seemed.

Perhaps there’s also an element of Oshii wanting to adapt for the modern era of anime, as well. As if the moe aspect of Vlad Love, as evident from the art that Oshii displayed, wasn’t enough to achieve this, then the show will also be employing the talents of idol group BlooDye for the theme song and to play an ‘ambassador’ role.