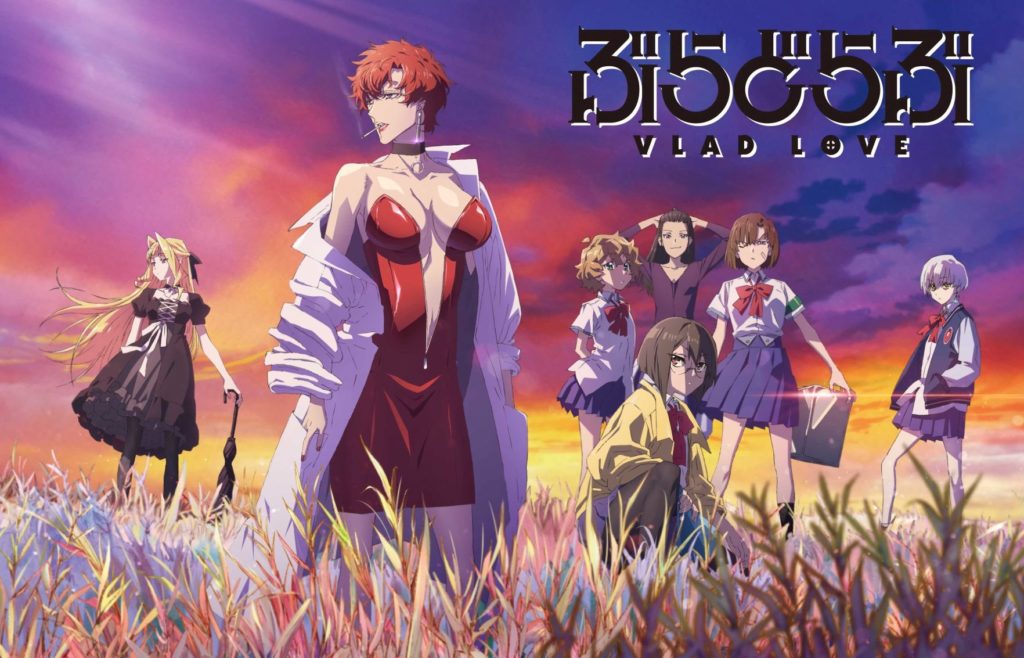 Vladlove is an anime that’s managed to stay on my radar despite the minuscule information we know about it thanks to the series’ potential. Not only does Vladlove act as Mamoru Oshii’s return to TV anime after an over-30 year absence, it’s also a series far out of the director’s comfort field. Having become known for his work on landmark anime like Patlabor and Ghost in the Shell, the shift to working on a girl-meets-girl vampire anime with an idol group attached to its production is a surprising one to be sure. How would he handle this subject matter? Although the news the series has been delayed into 2021 is disappointing, this announcement has been coupled with a brand new trailer which gives fans an early glimpse into what to expect when Vladlove eventually premieres.

This trailer mostly serves as a mood piece that provides an indication on what to expect when Vladlove eventually premieres next year. The series centers around Mai Vlad Transylvania, a vampire that finds herself lost in Japan. Despite being a vampire she finds it difficult to bite and suck the blood from others due to her shy nature. Luckily for her, she finds Mitsugu Bamba, a girl who loves to donate blood but, due to the type of blood she has, is rarely useful to others. She decides to help Mai out by donating her own blood and setting up a blood donation club at her school.

With most of the eccentric cast more eloquently introduced through their character-specific introductions on the series’ official YouTube channel, this trailer does a good job of introducing us to the world and the show’s unique sense of humor. Considering that this trailer’s short runtime was all the show needed to immediately endear me to its world and bring out a smile, I’m excited to see what the full series is able to offer.

Alongside this, the anime is commissioning a charity poster competition. Entrants can design a poster for the anime, with the 1000yen entry fee being donated to COVID-19-related charities.

With an impressive staff list announced for Vladlove alongside this trailer beyond Mamoru Oshii’s directorial credit, I’m excited to see the final product, even if we’re now forced to wait until 2021. You can find out more about anime over on the show’s official website.