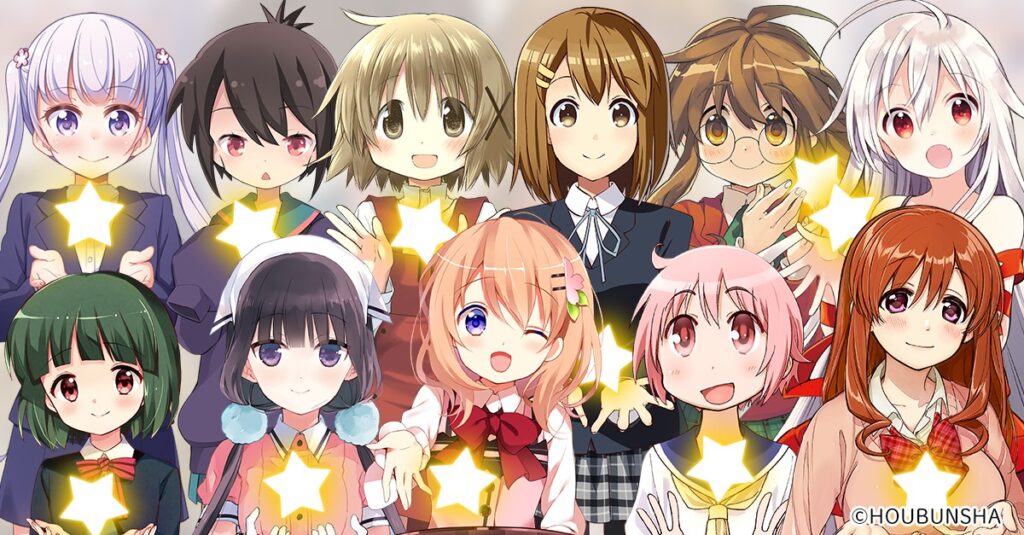 Manga fans can now read pages of K-On!, Is The Order A Rabbit?, Hidamari Sketch and other yonkoma on a new Facebook app.

The pages are available in both Japanese and English. Some of these yonkoma do not have official English language releases yet.

So far, the creators of the app have put up pages for K-On!, Hidamari Sketch, Is The Order a Rabbit?, The Demon Girl Next Door, Kin-iro Mosaic, and Urara Meirochou.

As I type this, the free app has 89 to 90 pages of each of these yonkoma available. These are not the most recent issues. Instead, they start from the beginning of the series.

When you scroll down to the end of the available pages, a “to be continued” message appears at the bottom. This suggests that the creators might add more pages to the app.

As of Monday morning, they had not announced yet if they will put up pages of any of Houbunsha’s other yonkoma.

However, the Facebook page for the app, as well as the title screen, includes characters not found on the app so far. They include Aoba Suzukaze from New Game! and Maika Sakuranomiya from Blend S.

Interestingly, the app’s English translation of K-On! isn’t quite the same as Yen Press’ translation for the K-On! tankobon books.

(For example, the app uses the translation “light music club” rather than the “pop music club.” That preserves the joke about “light” meaning “easy.”)

However, they also skipped the introduction with Ritsu and Mio. These pages follow a more traditional manga format, and might not fit into the four-panel style of the app.

In addition, pages which were colored in the Yen Press version are not colorized in the app.

Still, the pages are fun to read, especially if you don’t already have copies in your manga collection.

Nobody appears to have printed an official English language translation of Urara Meirochou, or Is The Order A Rabbit?, making this potentially the first official translation.

An official translation of The Demon Girl Next Door will come out in January.

Houbunsha already created digital versions of the Manga Time Kirara family of magazines, so this app is one more way to introduce readers to these yonkoma.

Incidentally, if you are having trouble finding the app, Facebook officially lists it as a “game.” Indeed, there is a Flappy Bird imitation on the app as well.

Sadly, the game does not involve the manga characters.

The new app came out at about the same time as the November issue of Manga Time Kirara Carat. 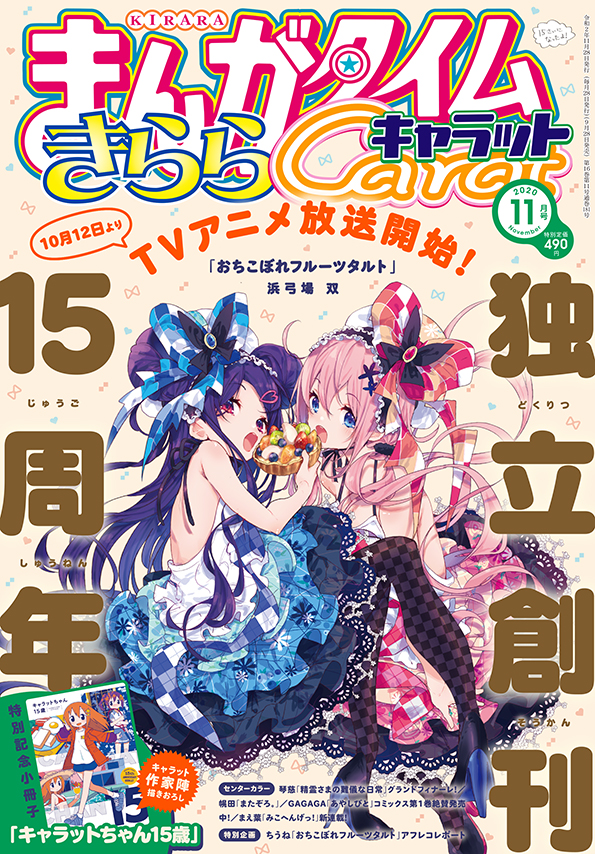 The magazine came out on Monday, Sept. 28.  It includes a special booklet, Carat-chan, 15 Years Old.

Many of their manga artists helped put together the booklet.

Manga Time Kirara Carat is one of several Kirara magazines. Blend S, Hidamari Sketch, K-On!, Asteroid in Love, The Demon Girl Next Door, New Game!, and Dropout Idol Fruit Tart have all appeared in Kirara Carat at some point.

other James Fujita 9 months ago

The Demon Girl Next Door Gets Second Season, English Dub