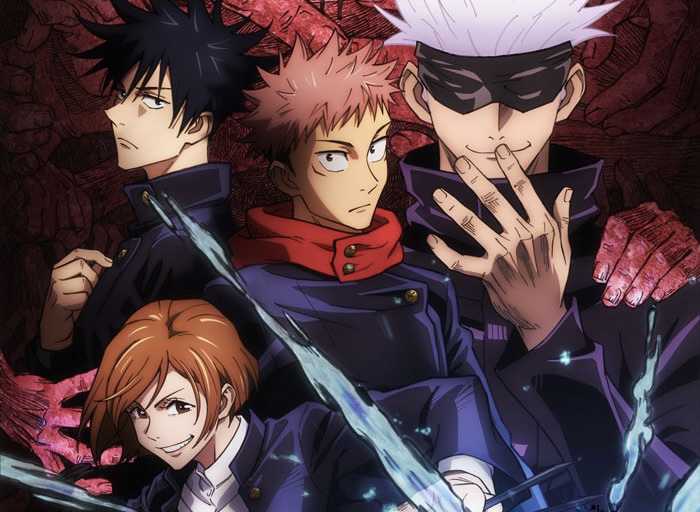 MAPPA have been the animation studio in charge of a number of major anime productions over the last 18 months, creating series that have an appeal not just in Japan but around the world. Next month, in Ikebukuro PARCO’s PARCO FACTORY, the creative work that went into making a number of their recent anime will be shown off to the public at the MAPPA Showcase. 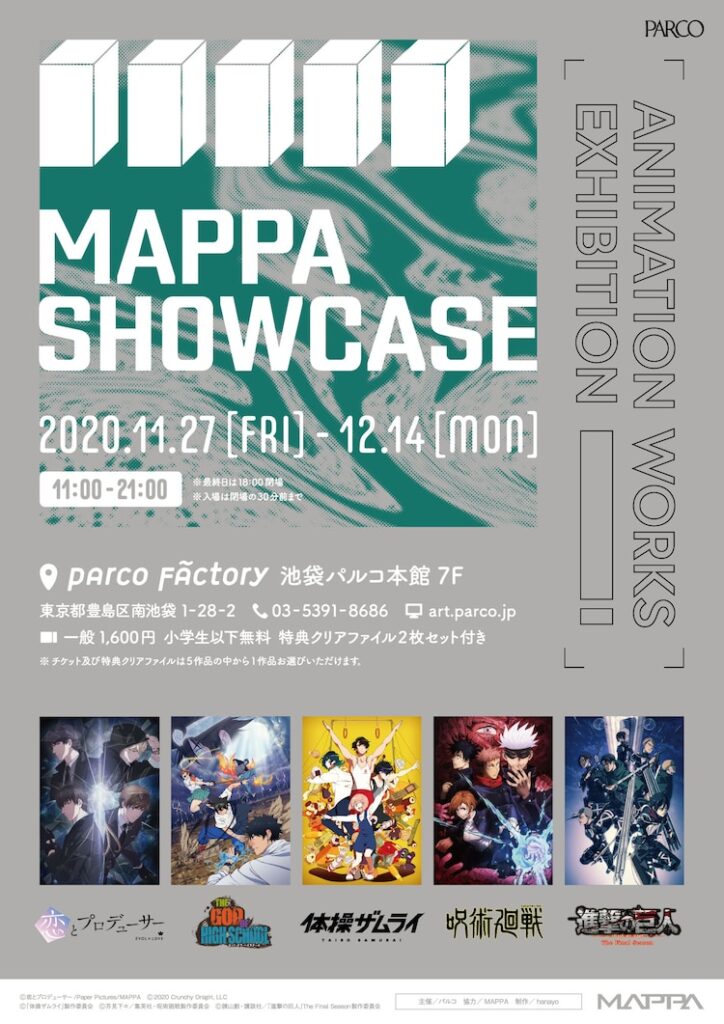 The MAPPA Showcase at PARCO Ikebukuro is an event designed to give fans of a number of recent MAPPA productions the opportunity to glimpse into the work that went into creating their favorite series. The company has been behind a number of major action series in recent seasons like The God of High School and Jujutsu Kaisen, while also working on Mr Love: Queens Choice and this season’s original gymnastics anime from the studio, The Gymnastics Samurai.

If that wasn’t enough, in December, the final season of Attack on Titan will shift production from Studio WIT to MAPPA. All these series will be showcased at the exhibit, where fans can see key animation and layouts, storyboards, read interviews and more for each of these series. Exclusive merchandise for these anime will also be on sale at the event, ranging from Jujutsu Kaisen hoodies, masks, acrylic stands and more to a variety of tie-in merchandise for the final season of Attack on Titan.

Tickets go on sale on November 14th at 12pm at a price of 1600yen (although those in elementary school or younger can enter for free), with different purchase bonuses depending on which series you select. You can purchase different ticket designs based on the series showcased at the event, and depending on which series you choose, a special ticket design and clear file set featuring genga from the chosen series.

With the impressive variety of series MAPPA have produced in recent years, this looks to be the perfect event for anyone interested in the creative process behind how these various series were made.