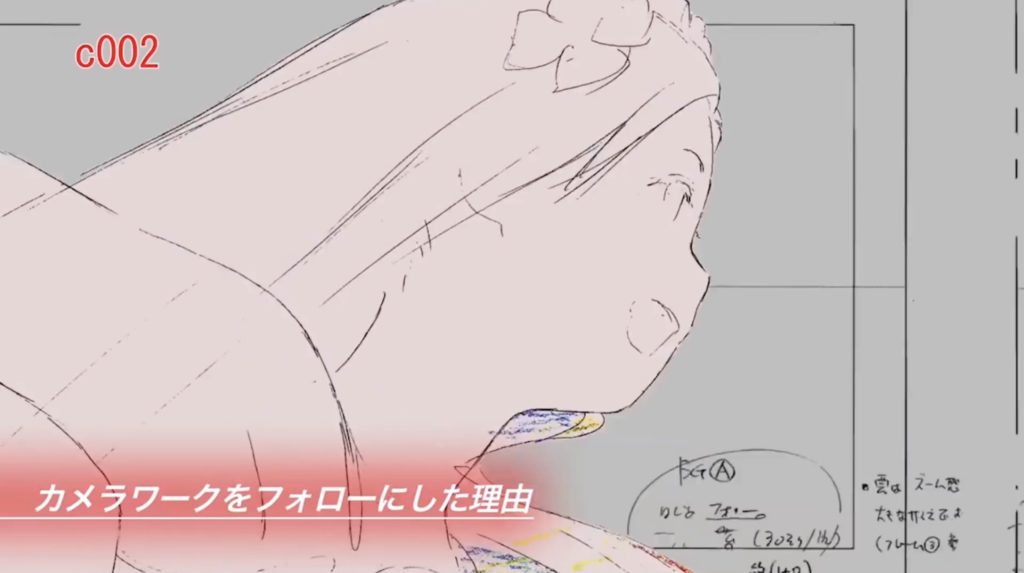 Maquia: When the Promised Flower Blooms was definitely my favorite anime film of 2018, without question. Mari Okada’s directorial debut, I was lucky to be able to attend a special UK screening which featured a brief Q&A with the director herself, and the film has remained in my mind ever since, and I keep thinking about elements of the film despite having seen it multiple times at this point. While its music and world-building, character development and story each shine throughout the 2 hour runtime, its the art that I feel is able to shine most of all, art which is only amplified by the film’s impressive animation. It’s this animation for Maquia which PA Works, the animation studio behind the film, have chosen to highlight on their YouTube channel, with multiple videos uploaded over the last few weeks breaking down a few of the film’s most impressive cuts of animation right down to the storyboard level to explain how they work, providing invaluable insight behind the scenes into how the film was made.

Let’s take one of the videos uploaded as an example here. The video above shows a panning camera shot near the beginning of the film created by animator Toshiyuki Inoue. After a brief comment at the beginning of the video, we’re shown the final cut as it appears in the film. This scene is showcased in multiple stages of completion including at the key animation station as Toshiyuki Inoue himself provides commentary about how the scene was created. Even timing sheets for the scene are showcased which show the timing of each frame of animation on one side of the screen as this brief section of animation is played on repeat and then slowed down on the other side. The work that goes into creating the panning camera shot shown in this scene, something rather difficult to achieve in 2D animation due to the lack of a physical camera, is painstakingly shown within this video and is interesting regardless of your level of animation (something you’ll need to fully appreciate the video as, while it is interesting in its own right, the commentary is entirely in Japanese, and no subtitles are provided).

Other scenes are also given the same treatment, each showcasing something different. While the aforementioned video focused on the panning camera, this video showcases the animation of water and the effect that a person walking through the water could have.

Each of these videos is interesting in their own right, and if you care even a tiny bit about the work that goes into creating anime (and if you don’t care about Maquia, there’s also a 21 minute video going behind the scenes on the work that went into a short film the company produced which is also on YouTube) I highly recommend checking out PA Works’ official YouTube channel to watch these clips for yourself. There’s a lot to learn from these clips, especially if you’re not familiar with how a scene from an anime is constructed, making them a very welcome and interesting discovery.