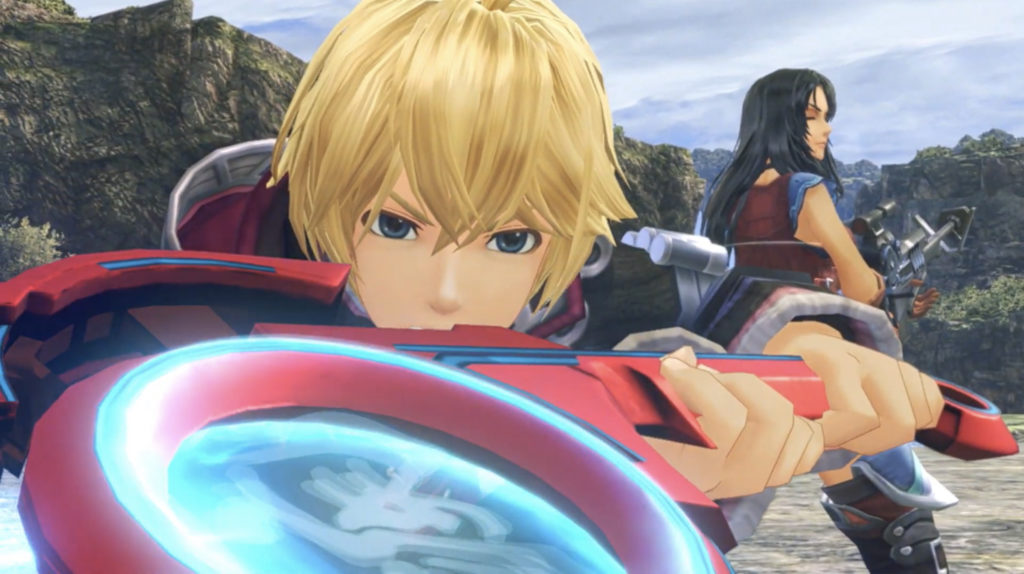 Surprise! Without any prior announcement, news of a brand new March 2020 Nintendo Direct Mini was unveiled with an immediate drop of the full 25-minute presentation on YouTube earlier this afternoon. As always, we want to give you a complete summary of the major Japanese announcements from the event, although it should be noted that, as the Direct itself stated at the beginning of the showcase, any release dates shown for titles are subject to change in response to the ever-evolving global response to the coronavirus pandemic.

However, with 25 minutes to shut out the rest of the world, the March 2020 Nintendo Direct Mini provides a wealth of exciting announcements for Nintendo fans.

The event kicks off with a bang, as a new blowout of information regarding Xenoblade Chronicles Definitive Edition kicks off the digital presentation. Showcasing many more areas that have been remastered into high definition for the game’s rerelease, the well-regarded Wii JRPG is claiming a brand new audience with this new trailer. While the standard definition roots of the title are clear to see in the game’s environments, it does still benefit massively from a bump in resolution and a step away from the jagged pixels of the Wii release. Menus are redesigned and sharper too, with the game overall looking a lot more polished as a result.

I never had a chance to fully experience the game on its initial release, only playing about 10-15 hours of the title despite loving my time with it. The rerelease seems like a perfect chance to jump back in, and coupled with the brand-new epilogue, Future Connected, that’s been developed for the rerelease, the title is attempting to justify the ‘Definitive Edition’ moniker it’s been saddled with. One more adventure with the original cast of characters should please fans old and new alike, with a currently-scheduled release of May 29th being penciled in for the title’s release. A ‘Definitive Works Set’ bundling the game with a hardbound 250-page art book in a slipcase also looks rather tempting, especially considering the amazing environmental design the game offers. That special edition will be made available on the same day.

Next up, a free update for Animal Crossing New Horizons is exactly what is needed right now. Following the game’s release last week, the free update made available at the game’s launch activated a feature in the title which means that, on ‘Egg Day’ from April 1-12, a bunny character called Zipper will visit your island and hide a variety of eggs around your island. You can scour the island to find the hidden eggs in water and on land, then craft limited egg-themed items using them.

Later in April, another update will make the Earth Day event and more available, with more details coming at a later date. 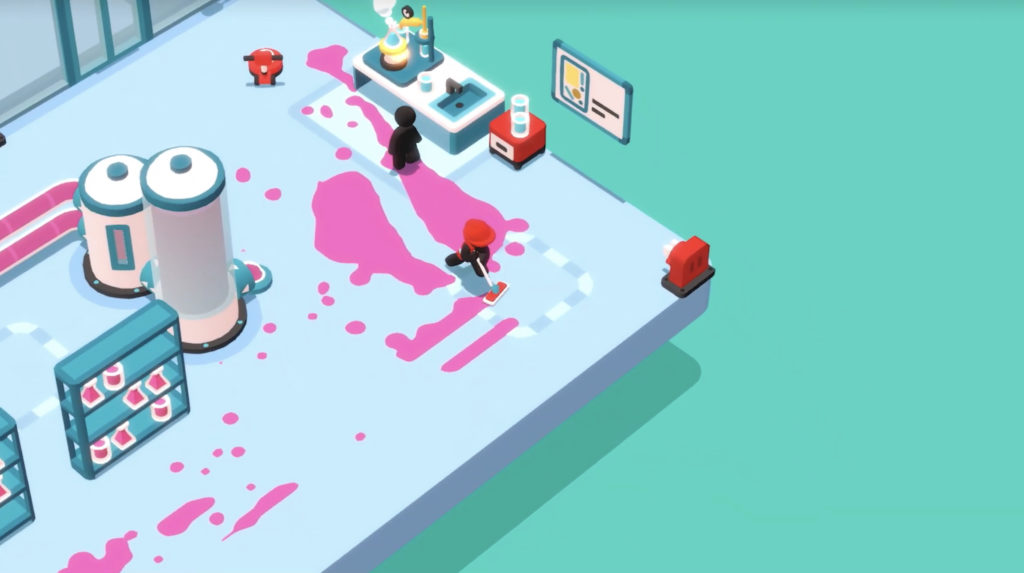 ‘Good Job!’ is a brand new Nintendo-produced eShop title also revealed during the March 2020 Nintendo Direct Mini. This game requires players to do whatever’s necessary to get the job done, no matter the chaos or destruction that comes about as a result. It looks like a rather fun small-scale experience, and that title was made available today on the Nintendo eShop to coincide with this Direct.

Next up was perhaps the surprising announcement that the PS4 remake of Catherine, subtitled Full Body, will now be coming to Nintendo Switch on July 7th. No new features seem to be accompanying this port of the original release, however, it will include all the enhancements over the original PS3 game, such as the addition of Rin as a character and the additional storylines that are therefore included as a result. 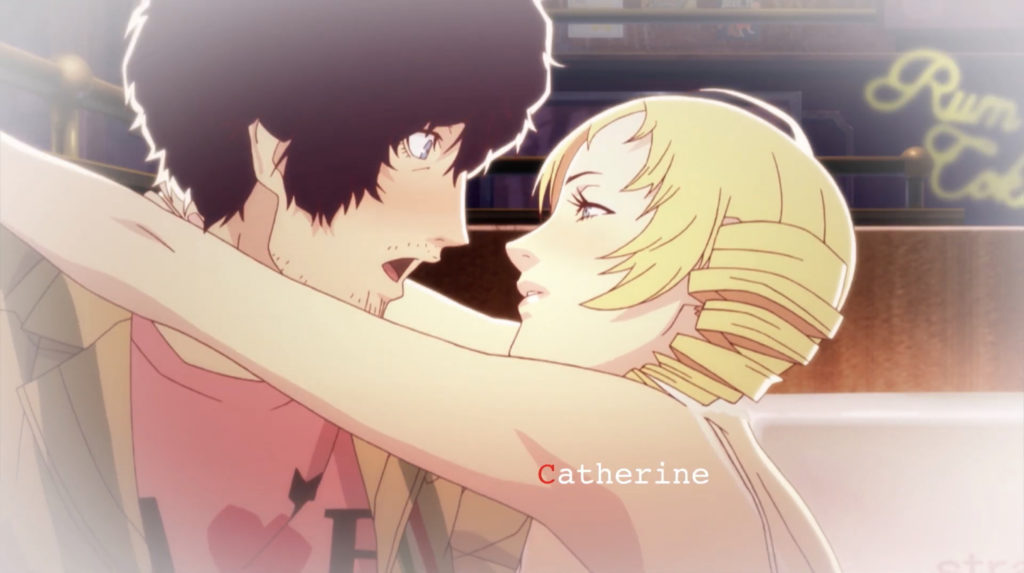 Perhaps my favorite announcement of the entire Direct, simply due to how stupidly fun the inclusion of the mode appears, would have to be the announcement of a brand new update for Ring Fit Adventure that brings a rhythm game to the popular fitness title. Songs from the adventure of the game as well as Super Mario Odyssey, Breath of the Wild, Splatoon and more are given a fitness rhythm makeover, and I genuinely can’t wait to try this out. Easier language options and the inclusion of a female voice for the Ring in the game were also announced, and that update will release today.

The worlds of two of Nintendo’s fighting games, Super Smash Bros Ultimate, were next to take the spotlight, with the news that a yet-to-be-confirmed fighter from ARMS would join Super Smash Bros Ultimate in June. It could be any of the main cast, and I hope they steer away from the main characters to pick a more unique side character like Min Min for inclusion in the title, though I admit this is unlikely. If you’ve yet to try ARMS for yourself, a free trial of the game will also be made available to Nintendo Switch Online subscribers.

Bravely Default Makes the Leap to HD in Style

The next game to get a large-scale blowout of information during this March 2020 Nintendo Direct Mini was Bravely Default II, the welcome JRPG sequel in the popular 3DS franchise that was announced last year for Nintendo Switch. A massive 4-minute trailer included in the Direct is the first real glut of new information for the title since its unveiling, giving fans a sneak-peek into not only the game’s new direction but how the title promises to make use of the extra power of the Nintendo Switch.

Fully-3D worlds replace the more sketch-like panoramas that your 3D-modeled character would travel across, although environments thankfully retain that beautiful sketch-like quality that helped make the 3DS entries into the series pretty and expressive despite the limited power and screen size. Although a very different title from Bravely Default, this game is developed by the same team behind the popular Switch and PC JRPG Octopath Traveler, and there are easy comparisons to make between the two titles. In fact, in terms of how the world is rendered, you could probably replace sketch work with pixel art and turn this game into a sequel to Octopath Traveler! 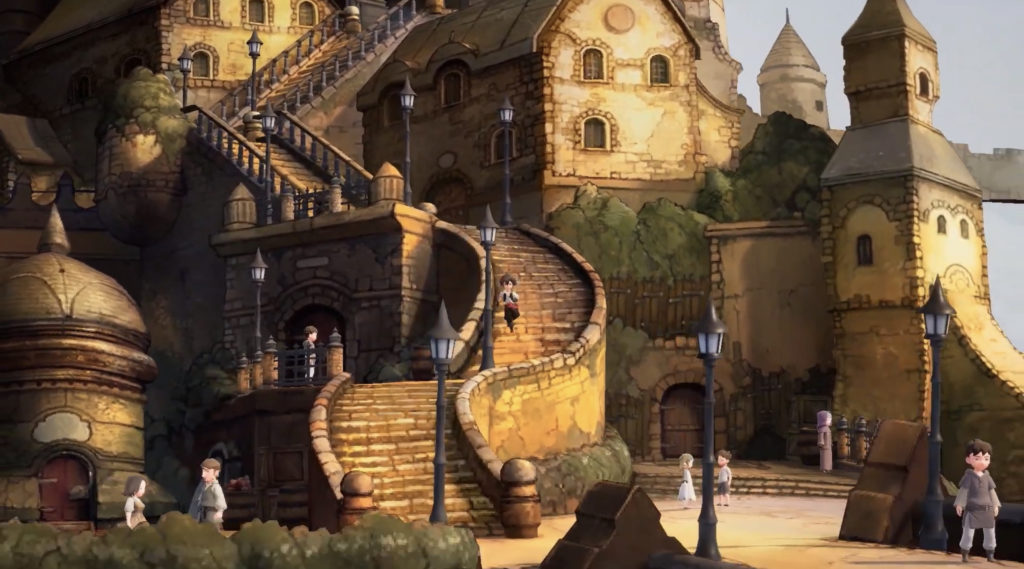 That’s not intended as a slight against this new game, as I think it enhances the world of the franchise while its story and battle structure further help to set it apart and make it its own experience. A variety of environments from beaches and islands to snowy wilderness compliment the trademark chibi character designs that have defined the series since the original title. Full voice acting brings personality to each of the main characters in a story which sees our characters face off against a variety of ‘Asterisk Holders’ in their adventure.

Most excitingly, a demo for the title will be made available today to allow players to experience the game early while being able to provide feedback which can then be used to improve the experience. Personally, I’m looking forward to a chance to dive into the game for myself and see how it’s shaping up, with Bravely Default II’s final release currently scheduled for an unspecified date in 2020. 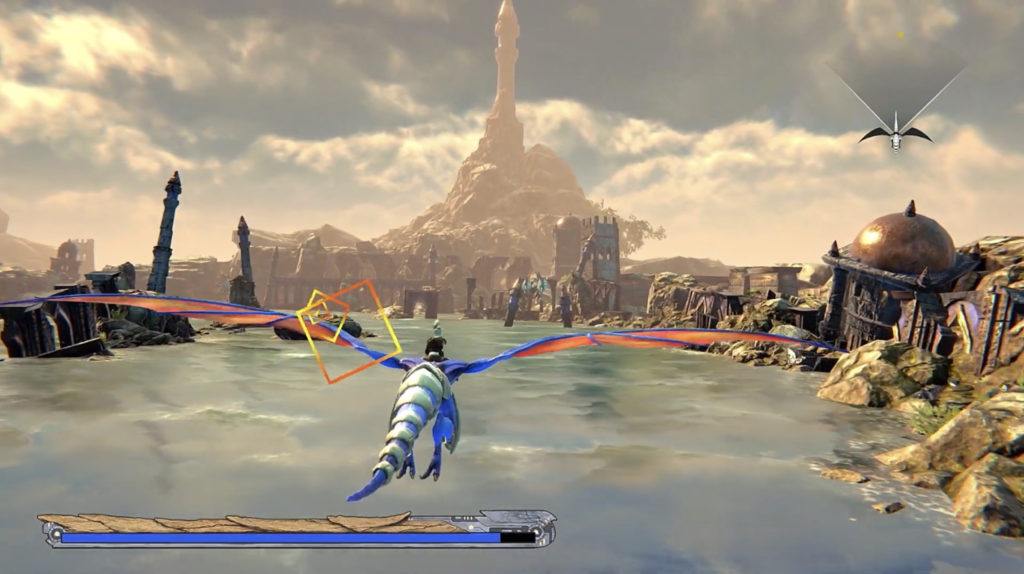 Panzer Dragoon: Remake finally resurfaced within this March 2020 Nintendo Direct Mini. News had been mostly silent since its unveiling last year, but this Direct provided an opportunity for the developers to lift the veil on this remake of the beloved SEGA Saturn title. The title looks to be a faithful recreation of the original game with re-imagined graphics that modernize the title for modern systems. Most exciting of all, however, is the news the game will launch as a timed exclusive for Nintendo Switch today.

Closing off the March 2020 Nintendo Direct Mini was further information on the upcoming Pokémon Sword and Shield Expansion Pass which promises to further expand the world of the Galar region in the latest entries into the Pokémon franchise. This new information centers around The Isle of Armor, mostly recapping information previously provided in the official unveiling of the expansion while providing in-game footage of Kubfu and the dojo at the center of the expansion for the first time.

As part of the DLC, you will enter either the Tower of Water or the Tower of Darkness, and can only enter the tower with Kubfu and Kubfu alone. Depending on which tower you train in depends on how Kubfu will evolve and which move they learn as part of the evolution. This first expansion will launch by the end of June.

The March 2020 Nintendo Direct Mini: Well Worth the Wait

For all this March 2020 Direct was given the monicker of a Nintendo Direct Mini, it’s difficult to argue that this title accurately describes what this Direct contains. This event was full to the brim with new information for upcoming Nintendo titles as well as a slew of other new games and information we had no idea existed before the digital event. Even after all of this, I would be amiss to mention that, hidden within the sizzle-reel trailer at the end of the event, a brand new Mr. Driller game was revealed and set for release on June 25th.

While many fans have been anxiously awaiting a new Nintendo Direct, I think, looking over everything that was announced today, that it was worth the wait.