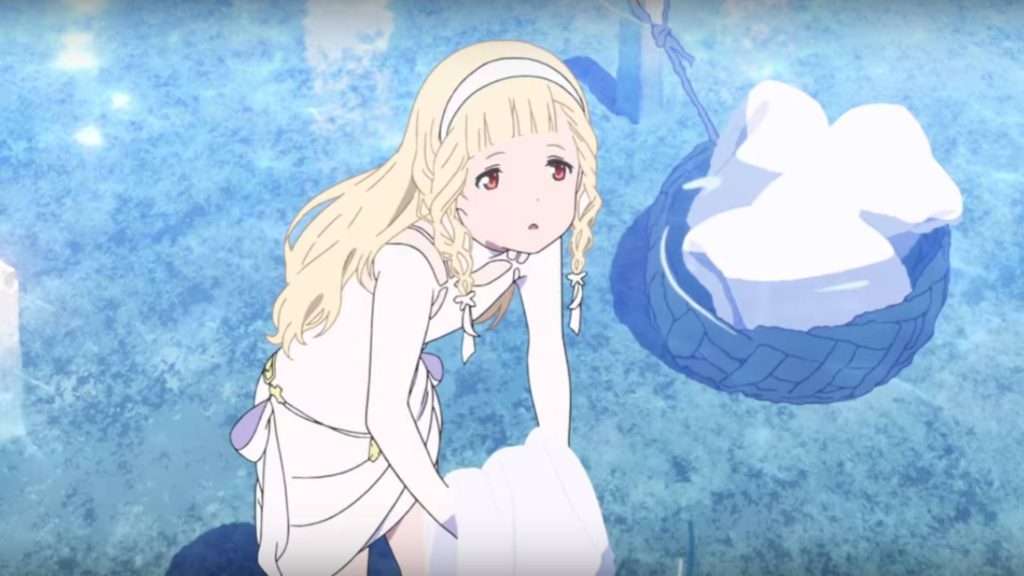 When a storyteller as prolific as Mari Okada has been given the reigns to direct her very own project, our ears perk up. Sayonara No Asa ni Yakusoku no Hana o Kazarou, with a yet unoffical translation as Let Us Adorn the Morning of Farewells with Promised Flowers has been announced for release in theaters across Japan on February 24, 2018. A movie that about the interwoven connections between people; a story of meetings and departures – take a look at the newly-released trailer below.

Okada has worked on a number of tear-jerkers in the past. If you have seen the likes of True Tears, Anohana, The Anthem of the Heart, and Nagi-Asu: A Lull in the Sea, then you are very well familiar with what could be happening with this film. Who knows though, as she has also worked on the likes of Toradora!

What exactly has lead to her finally getting the coveted directorial role? According to Oricon News, P.A. Works CEO Kenji Horikawa has always been impressed with her work, and wanted to see what kind of project she could lead with total artisitic freedom, giving it her 100%. Okada herself has gone on to say that this movie will be a manifestation of a story that she has always wanted to write, and that she welcomes the challenge of finally being able to affect further the further aspects of filmmaking beyond screenwriting, such as the actual movement and sound.

Mari Okada’s direction is just the icing on the cake though. She is directing the film at studio P.A. Works, so we can likely count on her having a team composed of the immensely-talented people behind some of the most visually-stunning shows of the past few year. If that trailer was any indication, I’m hoping to experience a 120 minutes chock-full of pure, background art bliss.

Another huge contributor to the project is character designer Akihiko Yoshida, who most recently worked on unexpected smash-hit game Nier: Automata and even Bravely Default.

Be sure to keep an eye on the official site, which happens to be looking just as gorgeous, for updates on official artwork and staff. An official staff blog for the project is also listed as “coming soon.” You can find it right here.

Anohana: The Flower We Saw That DayAnthem of the HeartMaquia: When the Promised Flower BloomsMari OkadaP.A. Works
Join Our Discussions on Discord
Join Now