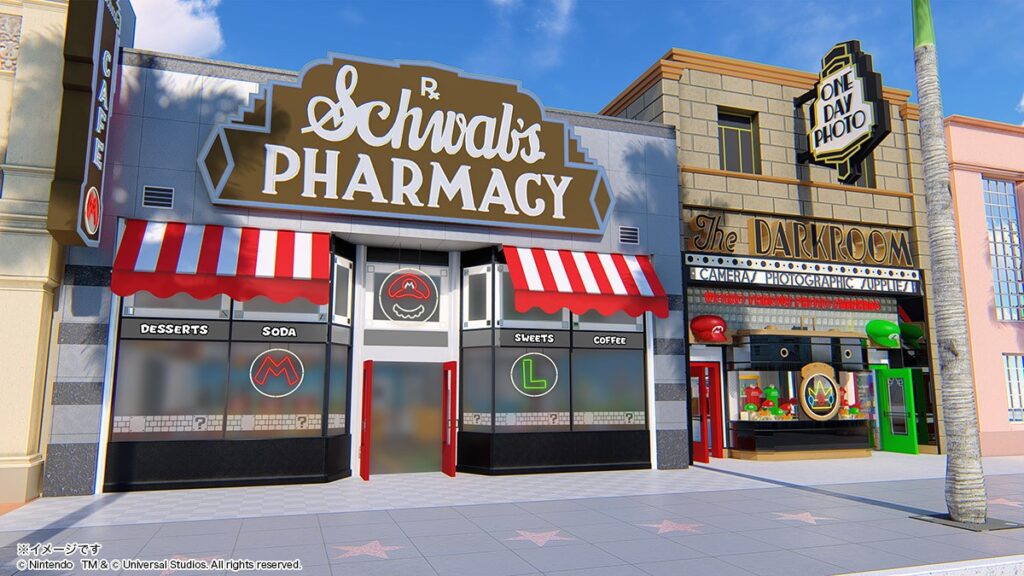 The news that the opening of Super Nintendo World at Universal Studios Japan would be delayed may have been disappointing, but it was hardly surprising. Tokyo Disneyland may have chosen to go ahead with the opening of a brand new Beauty and the Beast-themed area in their park despite lower crowds and uncertainty surrounding COVID-19, but there’s a difference between opening a new area of an existing theme park and a new park altogether. Especially one as highly-anticipated as this one. While it may be delayed, we do at least have a new opening date for Super Nintendo World, and while you wait, a Super Mario Cafe and Store within Universal Studios Japan will be opening next week!

The Super Mario Cafe and Store will be situated inside Universal Studios Japan itself, as opposed to inside of Super Nintendo World, but it should give an indication of the park’s dedication to theming and character as we wait for the official opening date. Situated in the Hollywood Area of the park, both the cafe and store are situated next to one another and sell a variety of Mario-themed food and merchandise.

In the cafe, both the food and store decoration are themed to look like you’ve stepped into the Mushroom Kingdom itself, with different sized mushrooms for tables, 8-bit levels on the walls and Mario and Luigi hats above the counter. Offerings include some adorable Mario and Luigi pancake sandwiches, cream soda and even a mushroom drink holder. Next door in the store, t-shirts, cushions and more are being sold exclusively in the park to guests.

While Super Nintendo World may have a bit of time left to go until the official opening date to the public, you can at least find some Mario-themed goodness in Universal Studios Japan when the Super Mario Cafe and Store open next Friday on October 16th. As for the new area, Super Nintendo World has now been tentatively scheduled for a Spring 2021 opening, and you can find out more on the park’s official website.