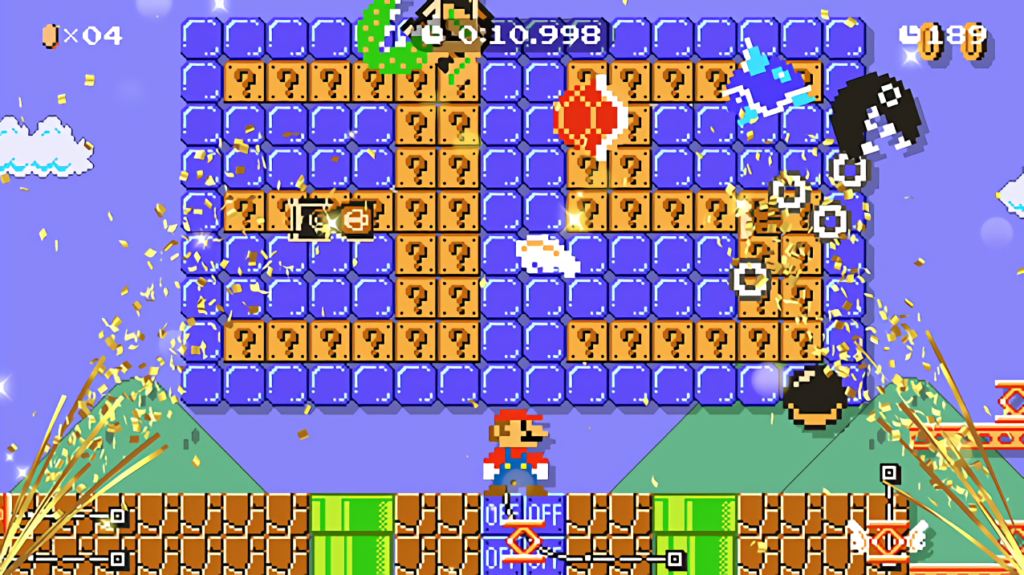 A little while back when Nintendo held the Nintendo Direct for the announcement of the Super Mario Bros. 35th Anniversary festivities, they also announced a Grand Prix which will happen across Smash Bros. Deluxe, Super Mario Maker 2, and Splatoon 2 on Switch with winners getting a special 35th-anniversary premium medal. What they didn’t announce at the time were the details for the event. Today, we have a little bit that we can update you on with the Super Mario Maker 2 portion of the Grand Prix.

When Nintendo announced the Grand Prix, they announced that there will be 300 medals for each title, and that is still the case as the remaining 200 medals will be offered via a lottery that anyone can enter. So if you don’t have access to a Switch or Mario Maker 2, you can still participate in the event at your opportunity to get one of the medals. This I think is great, good job Nintendo.

The Grand Prix for Super Mario Maker 2 kicks off on November 18th and runs for a week until November 25th in Japan. Hopefully, Nintendo will announce something soon for the United States and other territories because I’m sure other players worldwide would love to participate.