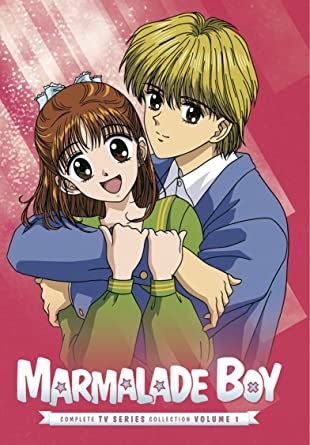 Shojo animes are sometimes considered dramas in the sense that there’s the whole ‘will they, won’t they’ situation. There’s also the drama between the main characters and the separate issues of the supporting cast. Marmalade Boy is one of those shows that can easily be considered a drama due to the topics the series covers.

The series begins with Miki Koshikawa’s parents telling Miki that they are getting divorced because they are going to swap partners with another couple: the Matsuuras. Miki is against the arrangement, but when she meets the Matsuuras, she agrees to their unions. The Matsuuras also have a son Miki’s age: Yuu.

In the beginning, Yuu is usually teasing Miki, and Miki thought he was a jerk for it. Over time, and due to their family dynamic, they become close friends, and they end up falling in love. The series focuses on the budding relationship between the two, but due to their family situation, they believe they cannot pursue a relationship due to its pseudo-incestuous nature which causes tension between the leads.

Wataru Yoshizumi’s Marmalade Boy was serialized from May 1992 to October 1995 for Ribon magazine, and the manga was published by Shueisha. The series was very popular, as it got an anime series, two films, a television drama, a light novel series, a game, and a spin-off series, Marmalade Boy Little.

Marmalade Boy received a 76-episode anime series that aired from 1994 to 1995. The anime follows the manga pretty closely, but it also takes some liberties with the story.

The series begins with the divorces of Miki and Yuu’s parents and the meeting of the two children. Yuu falls in love with Miki, but Miki is not. The cast is introduced, and they are all a part of a giant romantic triangle with the two leads.

Miki first had feelings for her friend Ginta, and Ginta also returned those feelings. They believed they were both unrequited and never said anything. However, Miki’s feelings faded soon after hearing him say he didn’t really like her like that to someone, but Ginta only said that because he didn’t want to say it to others.

Yuu also brings his share of drama into this giant triangle through his past relationships and fans. Arimi Suzuki is Yuu’s ex-girlfriend who wants him back and throughout the series tries to win him over. Suzu Sakuma is a model who falls for Yuu after seeing his picture, and she begins to interject herself into his life.

These characters do become an important part to the story, and we see the cast grow and develop into their own people throughout the course of the series. We also see how the relationship between Yuu and Mika strengthens and develops because of these events. Of course, this is not done without its fair share of shoujo drama, misunderstandings, high school hijinks, uncovering of dire secrets, and poorly timed love confessions.

In many mangas, there is a troupe where a student dates their teacher. This has happened in Cardcaptor Sakura, Fruits Basket, Serial Experiments Lain, and in many more series.

In this case, a friend of Miki’s, Meiko, has a relationship with their teacher, Namura. When the school finds out, they suspend Miki, and Namura resigns his post. With an age difference of eight years, it’s not the worst offender on the long list of teacher/student relationships, but it’s still bad. The series does show their wedding near the finale after Meiko turns 17, the age of consent.

In the sequel, it is revealed that they have a son, and they are shown to be very happy together. Of course, the ick factor is still there and will probably deter a modern audience. 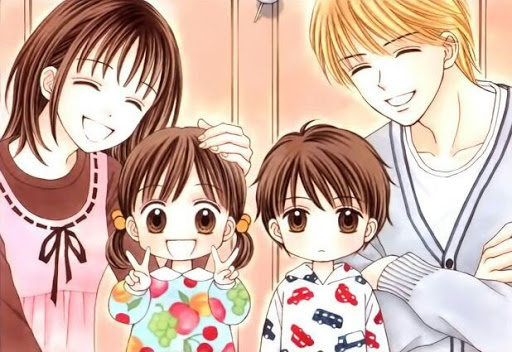 This spin-off follows a similar pattern to the original series. It was published in Ribon Magazine in 2013, and it ended in 2018. This spin-off has a total of 48 chapters.

Rikka and Saku are not related, even though they have the same half-siblings, but they were raised together in the same house which leads Rikka to believe they are.

Since Rikka believes that she and Saku are related, Rikka’s confused when Saku reveals his feelings for her and rejects the concept of them dating. However, when Rika learns that they are not related, her feelings for Saku become complicated.

Rika begins to date Aoi Namura, and Saku begins to fake date Sasamiya Rena. The cast spends two years dating back and forth and complicating their love lives before they all end up with their partners at the end of the series.

The series also has two film adaptations. One is an animated film, and the other is a live action film.

Marmalade Boy (1995) is more of an extra episode, but it is considered its own standalone film.

The movie is set before the start of the series. It stars Yuu right after his parents tell him about the divorce. Distraught by the news, Yuu decides to take a walk to clear his head. On his walk, he sees a girl and falls for her.

He follows her around throughout the day before he realizes that the girl is his new stepsister.

This movie doesn’t change much in terms of story; it just shows that Yuu fell in love with Miki before the start of the series.

Marmalade Boy (2018) is a live-action film starring Hinako Sakurai as Miki and Ryo Yoshizawa as Yuu.

The film follows the same story as the manga, but it focuses more on Miki and Yuu’s relationship.

The film puts more of an emphasis on Yuu’s belief that he was related to Miki due to his mother’s relationship with Miki’s father before she dated his father. This plot point created most of the drama in the film, making it kind of uncomfortable due to the implication of incest. However, it was quickly resolved, and everyone got their happily ever after.

The anime Marmalade Boy is available on VRV, Crunchyroll, and on Japan’s Netflix. The films are not available through any streaming service.