From ‘DEVILMAN Crybaby’ to ‘Lu Over the Wall’, 2018 is the Year of Masaaki Yuasa in the West 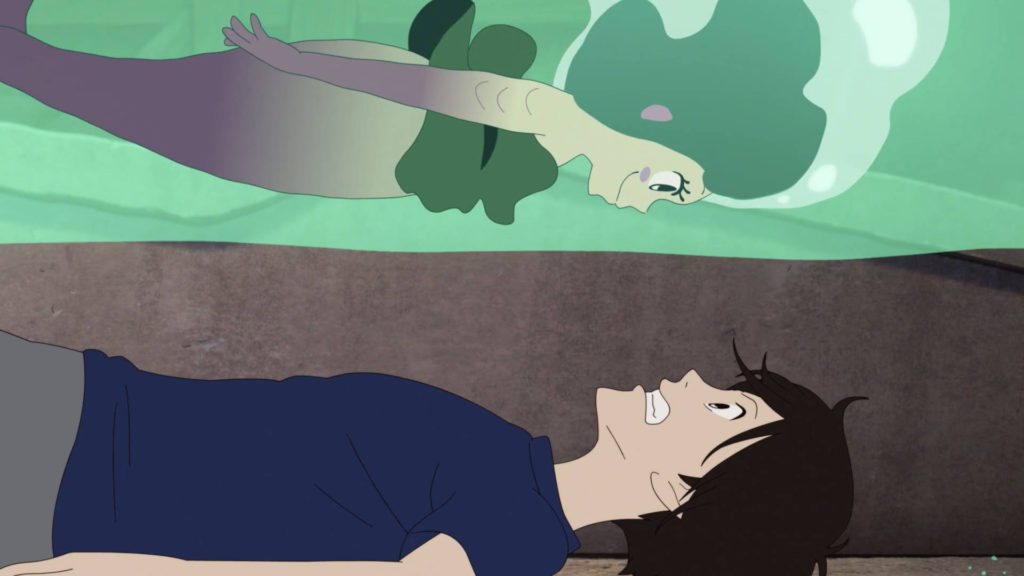 While it goes without saying that Masaaki Yuasa has always been accredited as a highly-artistic visionary director within the field of animation, it wouldn’t be until this year that his genius was truly recognized by the masses in the Western world. When looking at the year-starting monolith that was DEVILMAN crybaby, and even jumping back to the 2017 Lu Over the Wall (Releasing in North America on May 11, 2018), now, perhaps more than ever before, people aren’t just talking about his works — they’re talking about Masaaki Yuasa.

With the Gkids release of Lu Over the Wall hitting cinemas across North America today, I wanted to take the time to highlight the incredible career of Masaaki Yuasa. Born in 1965 within the Fukuoka Prefecture, three hours north-west of Tokyo, Masaaki Yuasa began his anime career much like any other renowned creator — working on children’s anime such as Chibi Maruko-chan and Crayon Shin-chan at the age of 25. From there, he’d continue working various animation roles, including animation director, until the year 2004 when he truly put himself on the global map.

During the year 2004, the world was introduced to Masaaki Yuasa’s creative genius through the animated film Mind Game, which would later be recognized as the entry point for Yuasa’s signature all-over-the-place animation style. Recognized through a number of awards from around the globe, as well as receiving recognition from the late Satoshi Kon, it seemed like all eyes really should have been on Yuasa. In the following years, we’d proceed to see a number of works made alongside Studio MAPPA, but it wouldn’t be until 6 years later that Masaaki Yuasa would truly shine again with the airing of The Tatami Galaxy.

Since the 2010 release of The Tatami Galaxy in the proceeding years, it’d be fair to suggest Masaaki Yuasa has been on a constant rise in recognition not just in Japan, but around the entire globe. With the 2014 release of an all-time favorite anime series of mine, Ping Pong, I again was lucky enough to see Yuasa’s creative genius truly resonate. Just a year prior in 2013, we saw Yuasa announce the launch of his most ambitious project yet; his own animation studio under the name of Science Saru. Jump forward again and we see the newly formed Science Saru working alongside American cartoon series Adventure Time, blessing the world with the much-loved “Food Chain” episode from Season 6.

Things went a little quiet for a minute after this, and it became apparent why pretty quickly. In 2017, Masaaki Yuasa released not just one, but two feature-length animated films. Both “Night is Short, Walk on Girl” and “Lu Over the Wall” were immediately met with domestic praise for their gorgeous animation styles and powerful storytelling techniques. Shortly thereafter, Lu Over the Wall would even be recognized as an official selection of the prestigious Sundance festival, and would also go on to win Grand Prize at the Annecy Animation Festival in France.

During the beginning of 2018, just three days before the release of one of Yuasa’s most recognized project to date, it was announced that North American film distributor Gkids had acquired both of these films for distribution, as well as 2004’s “Mind Game,” the very film that put Yuasa on the map in the first place.  It would be three days later, on January 5, 2018, that this move would begin to truly mean something to a much wider audience. DEVILMAN crybaby came in seemingly out of nowhere, leaving a new audience scrambling to find out just who Masaaki Yuasa was, as well as launching his name further into animation royalty.

Perhaps more than ever before, 2018 truly feels like the year of Masaaki Yuasa internationally; whether it be the recognition earned from DEVILMAN crybaby or the screenings of his animated films such as Lu Over the Wall in North America, I couldn’t be more excited. If the past ten years have been anything to go by, there’s a whole lot of reasons to look forward to what comes next from the visionary director. While I couldn’t necessarily suggest something like DEVILMAN crybaby to the entire audience of Lu Over the Wall, I certainly could suggest the opposite.

In theaters across North America beginning today, fans of Masaaki Yuasa are not going to want to miss Lu Over the Wall during its theatrical run. With a solid streak of high-performing Japanese animated films taking over the West, we’re sure you’ll love the stylings of Science Saru in their latest theatrical work. For those interested in checking their nearest cinema screenings, you can head over to the film’s official website.